Elks Come Up Short in Battle with Unbeaten Bombers 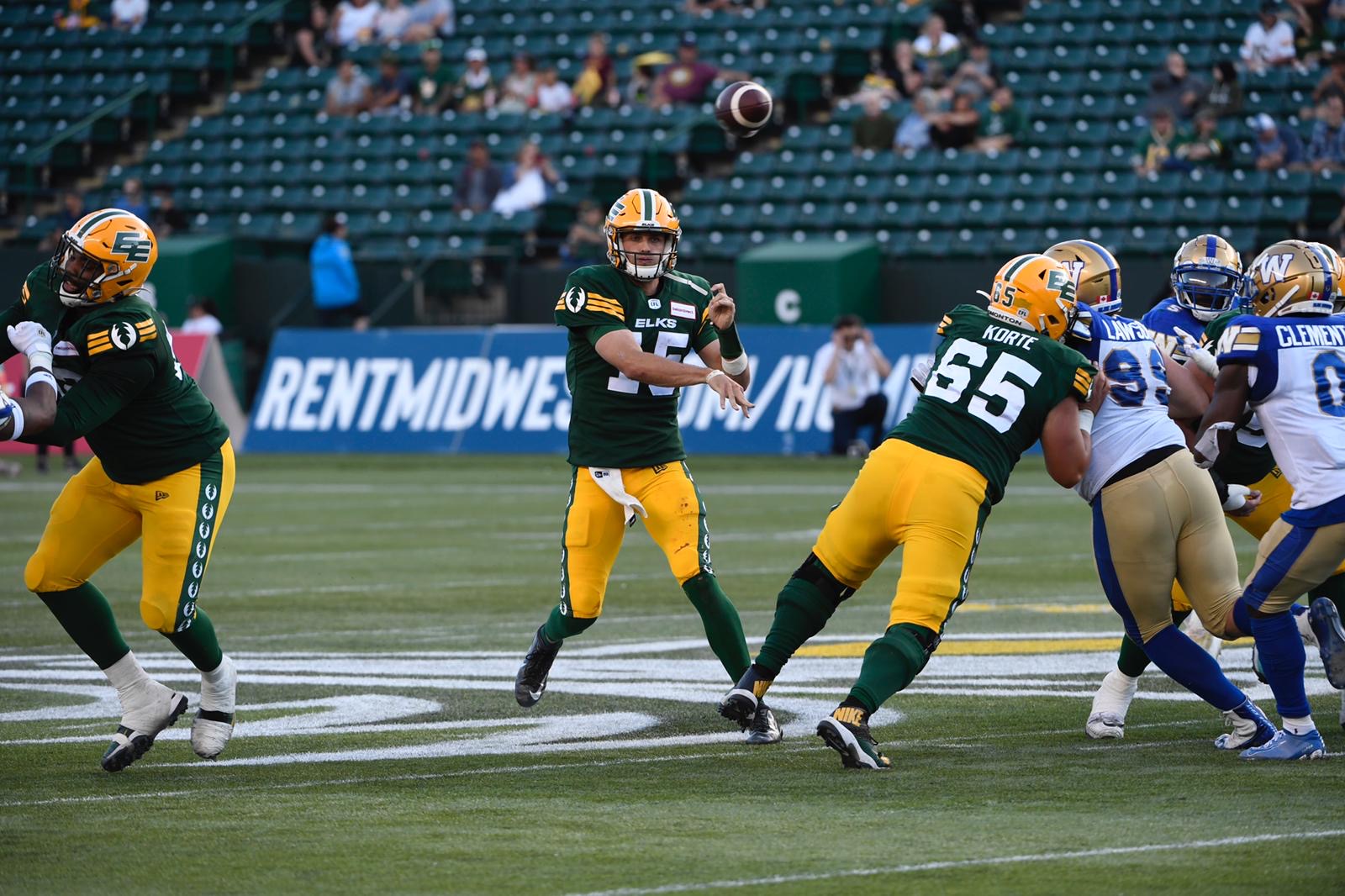 Elks Come Up Short in Battle with Unbeaten Bombers

The Edmonton Elks fought tooth and nail with the Winnipeg Blue Bombers at The Brick Field at Commonwealth Stadium on Friday night but came up short in a bid to hand the two-time defending Grey Cup champions their first loss of the 2022 CFL season.

Winnipeg moves to 7-0 after surviving one of their toughest tests this year against a game Elks, who held the edge in many stat categories, but couldn’t translate that to victory and drop to 2-5. Edmonton had 23 first downs compared to just 12 for the Bombers and held the ball for 37:14.

“Even with the loss, it was a lesson that you learn,” said veteran receiver Emmanuel Arceneaux. “You’re playing with the two-time Grey Cup champs, a disciplined team that plays solid football, so the thing is what can you take from that when you break down the film, and that’s just to find a way to finish in the fourth quarter.”

Making his second start of the season for Edmonton, Taylor Cornelius was 25/42 passing for 270 yards with one interception. The second-year pivot also ran for a team-best 59 yards on 15 carries.

Kenny Lawler led the Elks seven catches for 98 yards, while teammate Caleb Holley gained 50 yards on six receptions. Arceneaux became the 27th player in CFL history with 600 receptions, after hauling in five passes for 48 yards to move to 603 catches for his career.

The Elks allowed their fewest points of the season and became the first team this season to pick off Blue Bombers quarterback Zach Collaros more than once in a game, as Tobi Antigha and Duron Carter each had an interception for the Elks. A free-agent addition in the offseason, Carter was making his Green and Gold debut after coming off the injured list this week.

Big plays proved the difference on a sunny night in Edmonton. Collaros, the 2021 CFL Most Outstanding Player, completed just seven of 16 passes for 188 yards, but connected with Dalton Schoen for an 81-yard scoring play with just 38 seconds left in the first half, leading to a 17-6 halftime advantage for the Bombers.

The Ellks, who got all their points off the foot of Sergio Castillo (three field goals, one single) entered the fourth quarter trailing only by a converted touchdown, 17-10, but a 15-play, 62-yard drive by the Bombers that ate up 9:34 and ended in a two-yard rushing touchdown for Dru Brown put the game out of reach.

“We just couldn’t get in the endzone,” said Lawler. “We were making long drives, we just have to finish, and if we do that we put ourselves in a better position. But when we don’t do that against the best team in the league it’s going to be hard to win.”

Edmonton now heads into its bye week before returning to action against the B.C. Lions in Vancouver on Aug.  6. The Elks next home game is Aug. 13 at The Brick Field at Commonwealth Stadium against the Saskatchewan Roughriders.