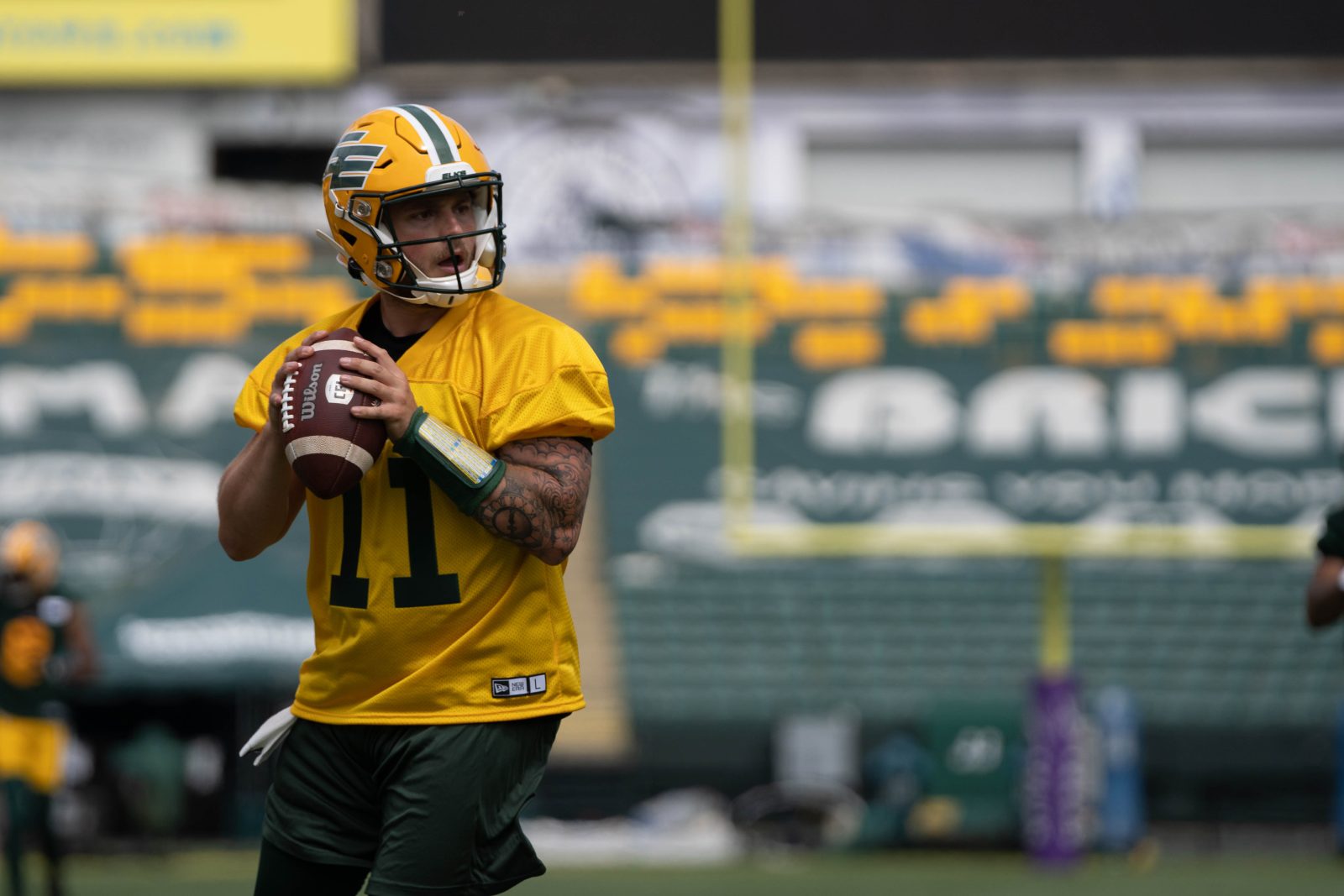 Ben Holmes proves that every time the latest addition to the Edmonton Elks active roster slings the ball into the arms of a streaking receiver.

“Obviously I’m not six-five, but I’ve got a strong arm and I’m pretty accurate,” Holmes said. “I think (the CFL) game and style of play suits this style of quarterback.”

Holmes will dress for his first CFL game when Edmonton hosts the Winnipeg Blue Bombers at The Brick Field at Commonwealth Stadium on Friday. The six-foot-zero quarterback was signed by the Elks on Monday and has been using practice this week to get up to speed as quickly as possible.

“It’s a lot of flying around, fast paced, but the coaches have done a really good job with me, taking me to the side and talking me through everything,” said Holmes, who has been working closely with Elks quarterback coach Jarious Jackson.

“He has been great with me,” Holmes continued. “I asked him the other day, I was like, ‘Hey, if I’m asking too many questions let me know,’ but he was like, ‘Oh no, that’s how you learn’, so I’ve just been trying to digest everything, and we’ll see what happens.” 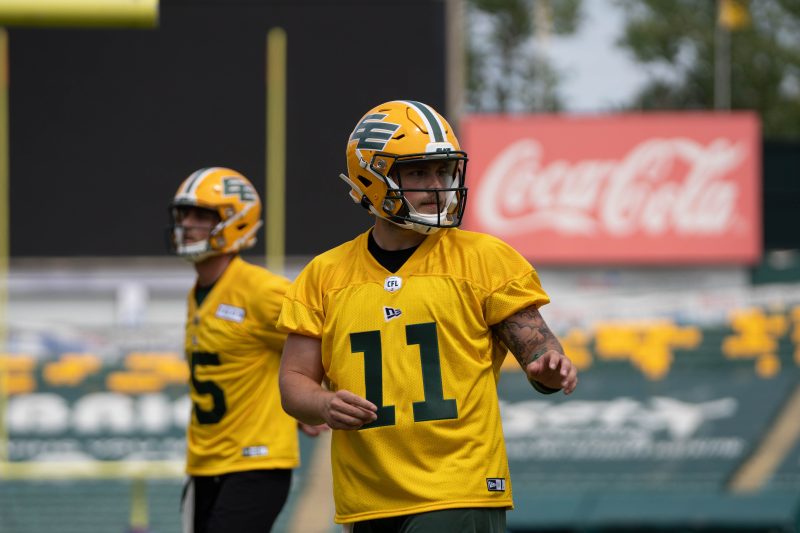 There are no quarterbacks shorter than Holmes currently in the CFL, but the Orchard Park, N.Y., product doesn’t see his height as a detriment. Quite the contrary.

“It kind of helps me go through my reads a little bit quicker because I know my eyes have got be in the right spot, and I can throw at different arm slots and get the ball out of my hand differently than most can,” said Holmes. “That’s what I really pride myself on.”

The 27-year-old Holmes played NCAA Division 2 football at Tarleton State University, where he went 23-2 as starting quarterback, leading the Texans to back-to-back Lone Star Conference championships and undefeated regular seasons in 2018 and 2019. Over his two seasons at Tarleton, he threw 62 touchdowns against just nine interceptions, and racked up nearly 6,000 yards passing, displaying remarkable arm strength that traces back his primary sport as a youth, baseball.

“My whole life growing up I had to throw the ball from the outfield,” Holmes said. “We have some property out in New York, and when I was really little my dad hung a fishing rod on a wire and I used to throw rocks at it constantly, so that’s how I developed, and I could always throw the ball really far.”

Holmes is still fresh to professional football. He was under centre for one game last year with the Arizona Rattlers of the Indoor Football League. This year he spent time in training camp with the Montreal Alouettes and was 6/7 passing for 38 yards in his lone preseason appearance, against the Hamilton Ti-Cats. He was released by Montreal prior to the regular season, and now is looking to find a home in Edmonton.

“Hopefully I’m here for the long haul to contribute to this team however possible,” Holmes said.