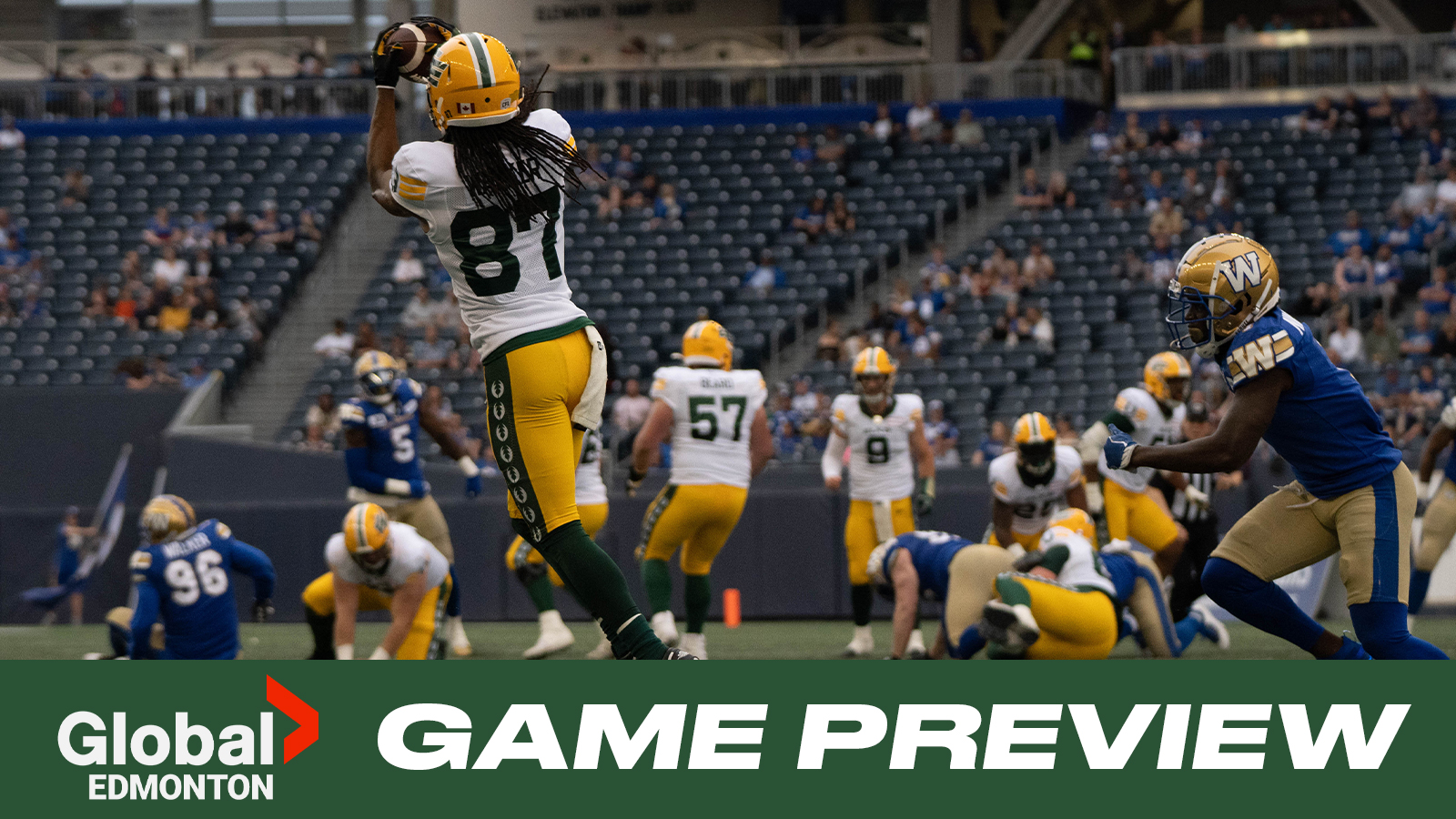 The Edmonton Elks are playing their best football of 2022, having won two of their last three games, including last week’s thrilling comeback victory over the Montreal Alouettes at Percival Molson Stadium.

Now the Elks face their toughest test, as Edmonton prepares to host the Winnipeg Blue Bombers, who are two-time defending Grey Cup champs, first in the CFL West Division, and winners of six straight games to start the season.

“It is definitely impressive,” says Elks defensive lineman Thomas Costigan. “It seems like they haven’t skipped a beat in a couple years, and to come out and be as good as they are is really a testimony to who they are.”

For a second straight week, the Elks will have Taylor Cornelius under centre. The 26-year-old Oklahoma State product saw his first game action of the 2022 season in Montreal, and completed 19 of 31 passes for 230 yards including the game-winning touchdown pass to Kenny Lawler late in the fourth quarter, as Edmonton closed the game scoring 20 straight unanswered points to erase a 19-point third quarter deficit.

The Elks are the only team to have beaten the Blue Bombers since last November, a 30-20 victory in the pre-season on May 27 at IG Field. Cornelius saw limited action in Edmonton’s pre-season win over the Bombers, completing 3 of 5 passes for 37 yards with a one-yard rushing touchdown.

In the team’s prior regular season meeting, in Edmonton last October, the Bombers pulled out a 26-16 win after the game had been tied 16-16 entering the fourth quarter. Cornelius completed 17 of 29 passes for 187 yards with one touchdown and zero interceptions in Edmonton’s losing effort.

Friday’s game will also mark the first regular season meeting for Lawler against his former team. The star receiver signed with the Elks during the offseason after playing 2019 to 2021 in Winnipeg, and has been one of the top pass-catchers in the CFL so far this season, heading into Week 7 ranked second in the CFL with 33 receptions and fifth in the league with 384 receiving yards. He has a team-leading three receiving touchdowns.