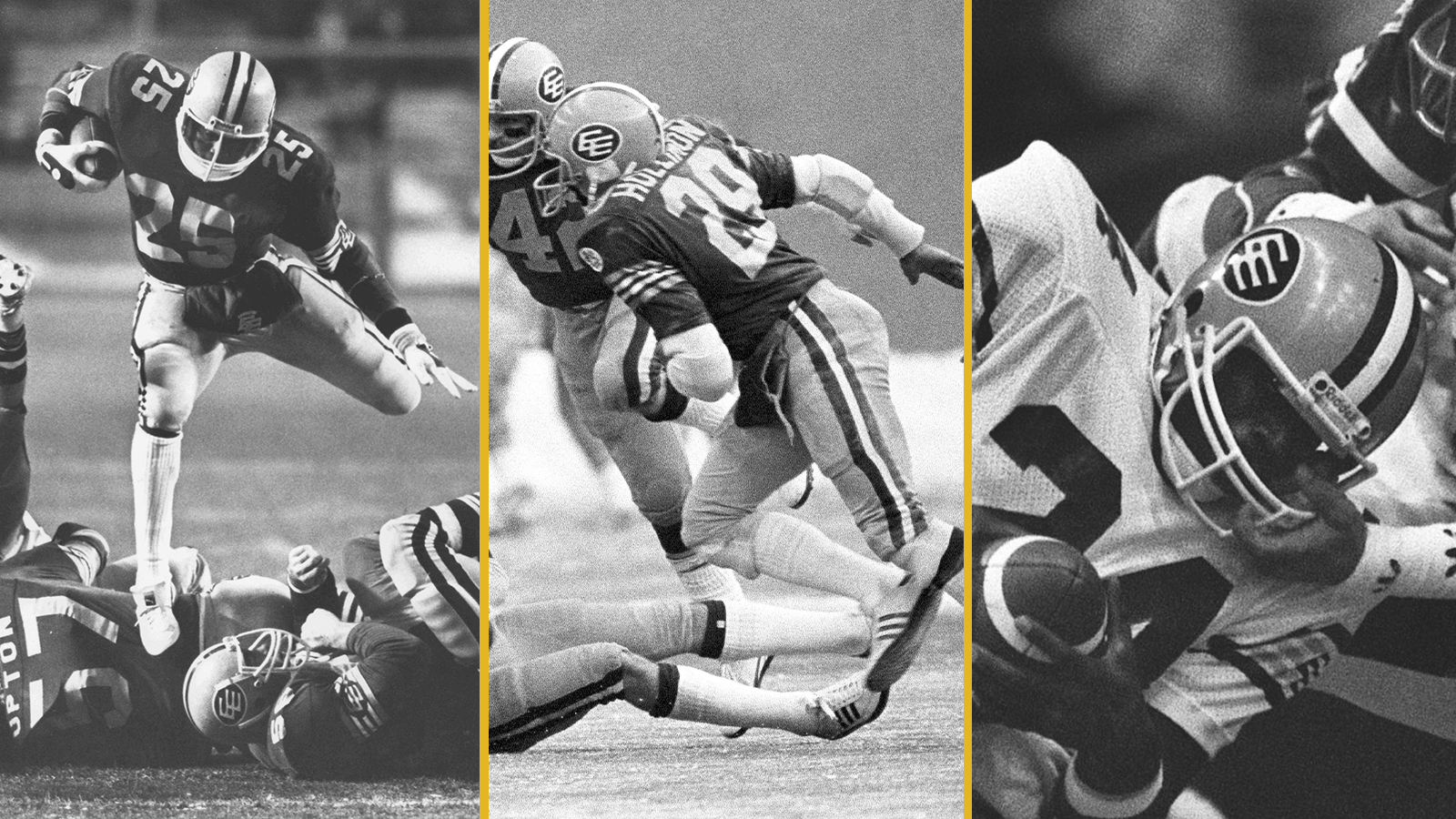 Three pillars of the Green and Gold’s famed five-in-a-row Grey Cup teams are getting their place on the Club’s Wall of Honour.

The Edmonton Elks are proud to announce that Jim Germany (RB), Joe Hollimon (DB), and Ed Jones (DB) will all be joining the team’s Wall of Honour next month. The trio played key roles for the EE during the team’s five straight Grey Cups from 1978 to 1982, and will be added to the Wall of Honour during a halftime ceremony against the Saskatchewan Roughriders on Saturday, August 13.

Germany, Hollimon, and Jones will bring the team’s Wall of Honour inductee total to 41, with the most recent inductee being Ricky Ray, who was added to the prestigious list back in 2019.

Three greats take their place among Green and Gold legends.

The Wall of Honour ceremony will serve as the focal point of the Elks’ first annual Homecoming Game. The event will bring together EE Alumni, with the hopes of the game growing into a hallmark on Edmonton’s summer calendar, bringing EE fans and past Edmontonians back to Commonwealth Stadium.

Tickets for the game can be purchased by clicking here.

Edmonton’s engine in the backfield during the team’s iconic five-in-a-row Grey Cup run from 1978 to 1982, Jim Germany rumbled to 5,730 career rushing yards during his eight-year CFL career – all with the Green and Gold. Germany’s name dots the EE record book, including his franchise-record 18 rushing touchdowns during the 1981 season.

A product of New Mexico State, Germany authored three 1,000-yard seasons during his standout career (1977, 1979, 1980). His legendary status with the club was cemented during the 1982 season. After suffering a leg injury in pre-season, Germany returned to the lineup with the EE sitting at a record of 3-5. He would help power 10 consecutive victories as the team’s leading rusher that season (480 yards and 7 TDs), helping the EE claim a remarkable fifth consecutive Grey Cup.

A dynamic member of the five-in-a-row Grey Cup championship teams, Joe Hollimon was a spark for the EE on both defence and special teams. The Arkansas native holds three franchise records, most notably the most interception returns for a touchdown (7).

A three-time Western all-star and 1978 CFL All-Star, Hollimon played 136 career games with the Green and Gold, finishing his career with 36 career interceptions. Nine of those interceptions came in 1982 when Hollimon ands the Double E rallied from a 3-5 start to the regular season to emerge as Grey Cup champions in the 70th edition of the big game.

A key part of Edmonton’s run to five consecutive Grey Cups from 1978 to 1982, Ed Jones was a three-time CFL All-Star during his eight seasons in Green and Gold between 1976 and 1983.

The Rutgers product began his pro football journey as a ninth-round draft pick of the Dallas Cowboys in 1975, before making his NFL debut later that year with the Buffalo Bills. Jones played 12 games for the Bills in 1975, registering three interceptions.

He began his CFL career with the Double E in 1976, evolving into one of the best defenders in the CFL. His seminal game in Green and Gold came September 7, 1980 when he recorded three interceptions, including two for touchdowns against the Hamilton Tiger-Cats. Both feats are tied for first in the EE record book.