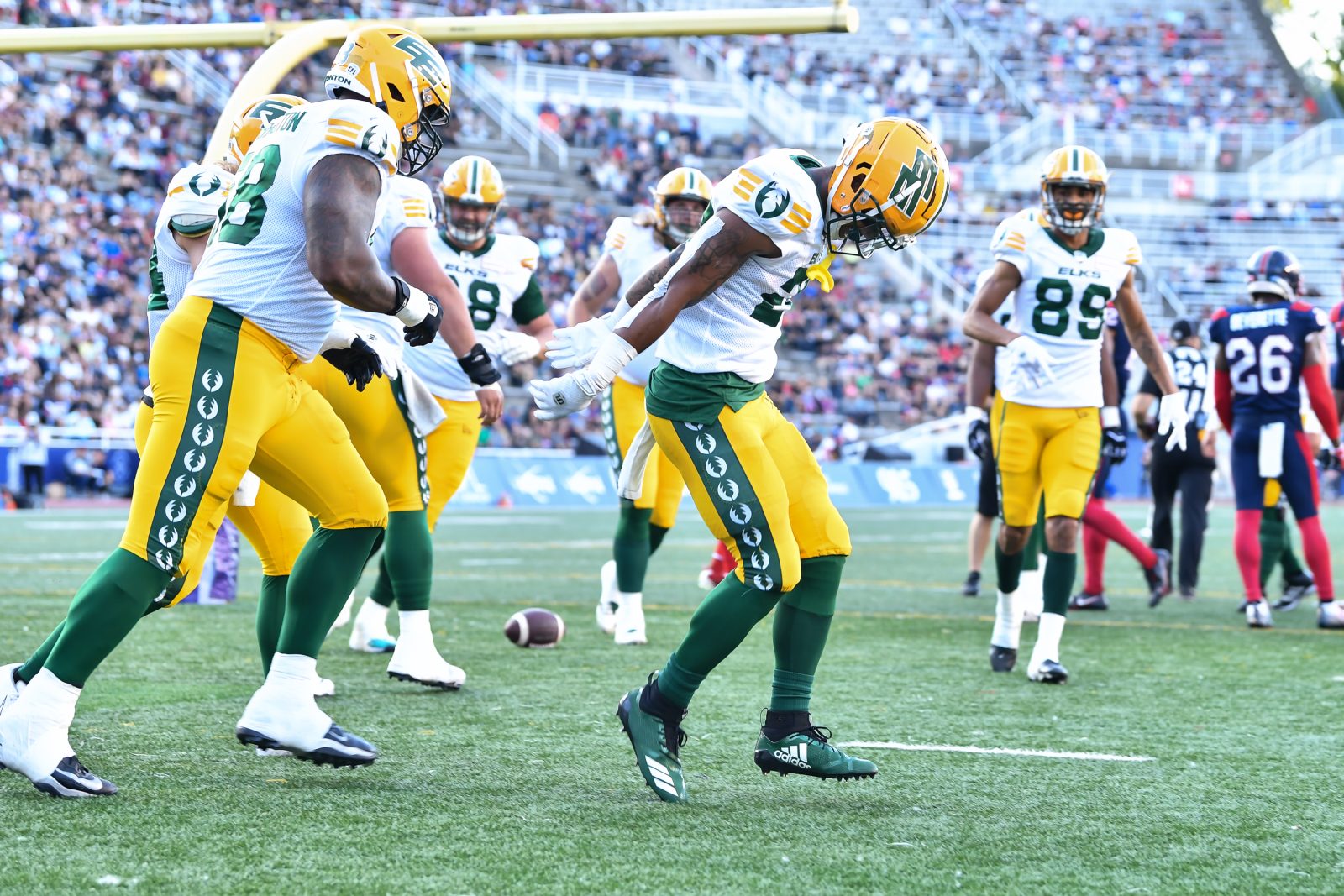 Just call them the comeback kids.

The Edmonton Elks stormed back from a 19-point third quarter deficit, scoring 20 unanswered points to defeat the host Montreal Alouettes 32-31 at Percival Molson Stadium on Thursday.

It was the second time in two weeks rallying from a double-digit second half deficit on the road for the Elks, who defeated the Hamilton Tiger-Cats at Tim Hortons Field on Canada Day after trailing by 13.

“We make everything tough on ourselves, but that’s a resilient group,” Elks head coach and general manager Chris Jones said during a post-game interview on 630 CHED. “That’s twice that we’ve been down in the second half, we were down tonight by three scores, and we just keep clawing away. We don’t make it easy on ourselves but winning is a heck of a lot better than losing.”

Elks receiver Kenny Lawler caught seven passes for 92 yards, with one for a touchdown, and drew 108 yards on three pass interference calls. Edmonton’s Kai Locksley ran for two majors, giving the versatile rookie a CFL-leading five rushing touchdowns this season. Sherman Badie also had a rushing touchdown for the Elks.

Seeing his first action under centre of 2022, Elks quarterback Taylor Cornelius completed 19 of 31 passes for 230 yards. He added 20 rushing yards on four carries.

“It felt great, it really did,” Cornelius said, speaking to 630 CHED after the win. “Being on the sideline like that, it definitely makes you appreciate these moments a whole lot more when you’re actually out  there with your guys.”

Adam Konar and Ed Gainey each had an interception for Edmonton, picking off former Elks quarterback Trevor Harris, who completed 19 of 26 passes for 241 yards for the Alouettes, with touchdown tosses to Eugene Lewis and Tyson Philpot. Backup Montreal quarterback Dominque Davis had a pair of rushing touchdowns from in close.

The Elks took an early 6-0 lead just 4:50 into the game on Badie’s second rushing touchdown of the season. Montreal responded by scoring the next 24 points, before a pair of late field goals by Sergio Castillo cut the Alouettes’ lead to 24-12 at halftime.

After falling behind 31-12 when Davis scored his second touchdown of the night midway through the third quarter, the Elks took over. Locksley scored consecutive touchdowns on QB sneaks, setting the stage for a 10-yard strike from Cornelius to Lawler in the endzone with 4:20 remaining, putting Edmonton ahead to stay.

The Elks return home to host the two-time defending Grey Cup champion Winnipeg Blue Bombers on July 22 at The Brick Field at Commonwealth Stadium. Kickoff is at 7 p.m. Tickers are available now through Ticketmaster.