TRANSACTIONS | Elks Acquire Pick From Ottawa in Exchange for Arbuckle 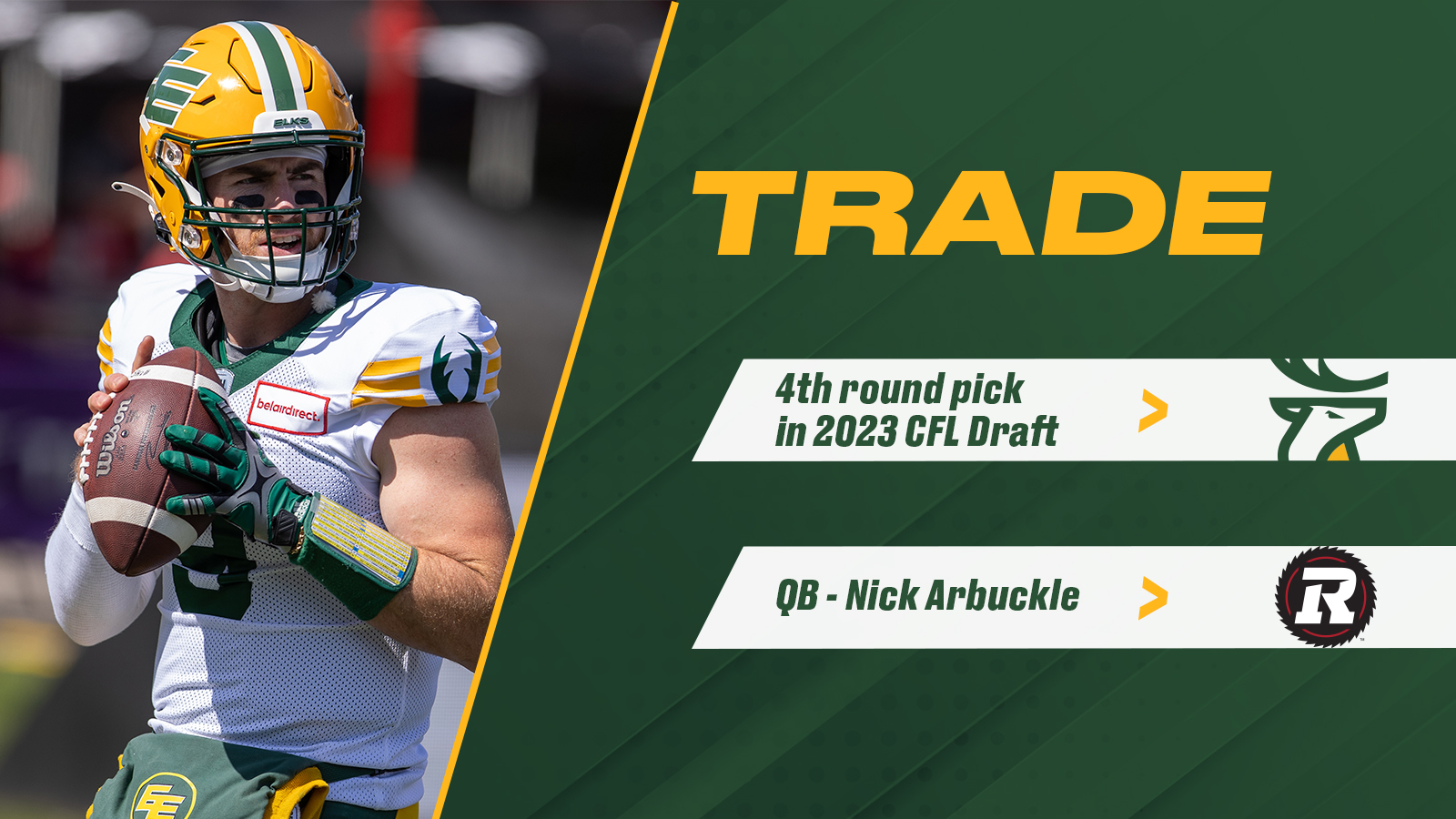 TRANSACTIONS | Elks Acquire Pick From Ottawa in Exchange for Arbuckle

The Edmonton Elks have acquired the Ottawa RedBlacks’ fourth round pick in the 2023 CFL Draft in exchange for quarterback Nick Arbuckle, the club announced Monday.

Arbuckle suited up for five games with the Elks this season, completing 74 of 115 pass attempts for 892 yards with two touchdowns and eight interceptions. He also had three carries for nine yards rushing.

A veteran of four CFL seasons, Arbuckle has appeared in 48 regular season games with the Calgary Stampeders, Toronto Argonauts and Edmonton. He has career totals of 361/531 passing for 4,297 yards with 18 touchdowns and 18 interceptions.

Edmonton acquired Arbuckle on Oct. 26, 2021, from the Argos in exchange for a 2nd round 2022 CFL Draft Pick, and rights to negotiation list player Chad Kelly. On Nov. 1, 2021, the Georgia State product signed a one-year contract extension that runs through the 2022 season.

The Elks return to action on Thursday when they visit the Montreal Alouettes at Percival Molson Stadium. Kickoff is 5:30 p.m. MDT.