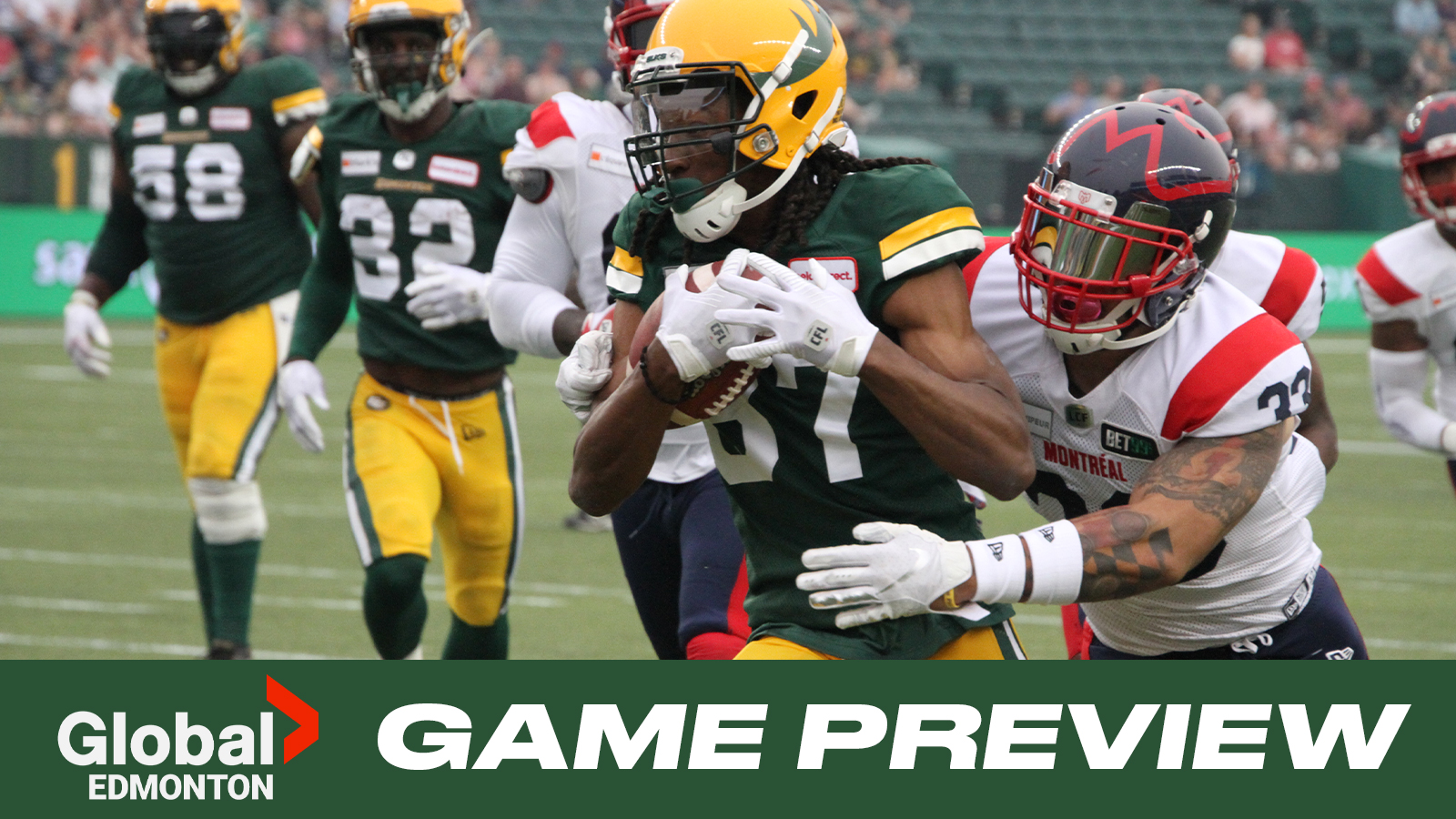 For the first time since a 37-29 triumph in the 2019 East Division Semi-Final, the Edmonton Elks will visit the Montreal Alouettes at Percival Molson Stadium for Thursday Night Football.

The Green and Gold has enjoyed great success recently in la belle province: including both playoffs and regular season Edmonton has won six of its last seven games in Montreal, reeling off five straight wins from the 2014 to 2018 seasons.

Edmonton has also looked good in its two latest road outings: two weeks ago, the Elks got their first win of the season by defeating the Hamilton Tiger-Cats 29-25 at Tim Horton’s Field, and in Week 3 they led the Calgary Stampeders for much of the game at McMahon Stadium before ultimately dropping a 30-23 decision.

The storied rivalry between the Elks and Als, who met three times in the Grey Cup between 2002 and 2005, has suddenly taken on a new twist, after Alouettes general manager Danny Maciocia took over from Khari Jones last week as Montreal’s head coach. Maciocia was with Edmonton for all the memorable Grey Cup clashes with the Alouettes, coaching the Green and Gold to the championship in 2005 after serving as offensive coordinator for Edmonton’s win in 2003 and loss in 2002.

Thursday’s game marks the season debut of Elks quarterback Tyler Cornelius, who will be making his first start of 2022 after starting eight games for the Elks last year his first CFL season.

“I’ve already been here, done that, so it’s nothing new, and I’m just looking forward for the opportunity to go play Montreal,” said Cornelius.

While he did not take any snaps in Edmonton’s lone meeting with the Alouettes last season, Montreal’s defence is not entirely a mystery to the 26-year-old Cornelius, as newly appointed Als defensive coordinator Noel Thorpe was with Edmonton in 2021.

“(I’m) a little familiar with what he was doing in camp and throughout the season, but it will be interesting to see what he comes out in, because we really don’t know,” Cornelius says. “We have an idea, but they’re really great up front in Montreal and it should be a physical game, for sure.”

Edmonton has won its last two road games against an East Division opponent, going back to last season when Cornelius picked up his first CFL win, quaterbacking the Elks to a Week 16 victory over the Toronto Argonauts at BMO Field.