Elks Defeated by Stamps on Rainy Night in Edmonton 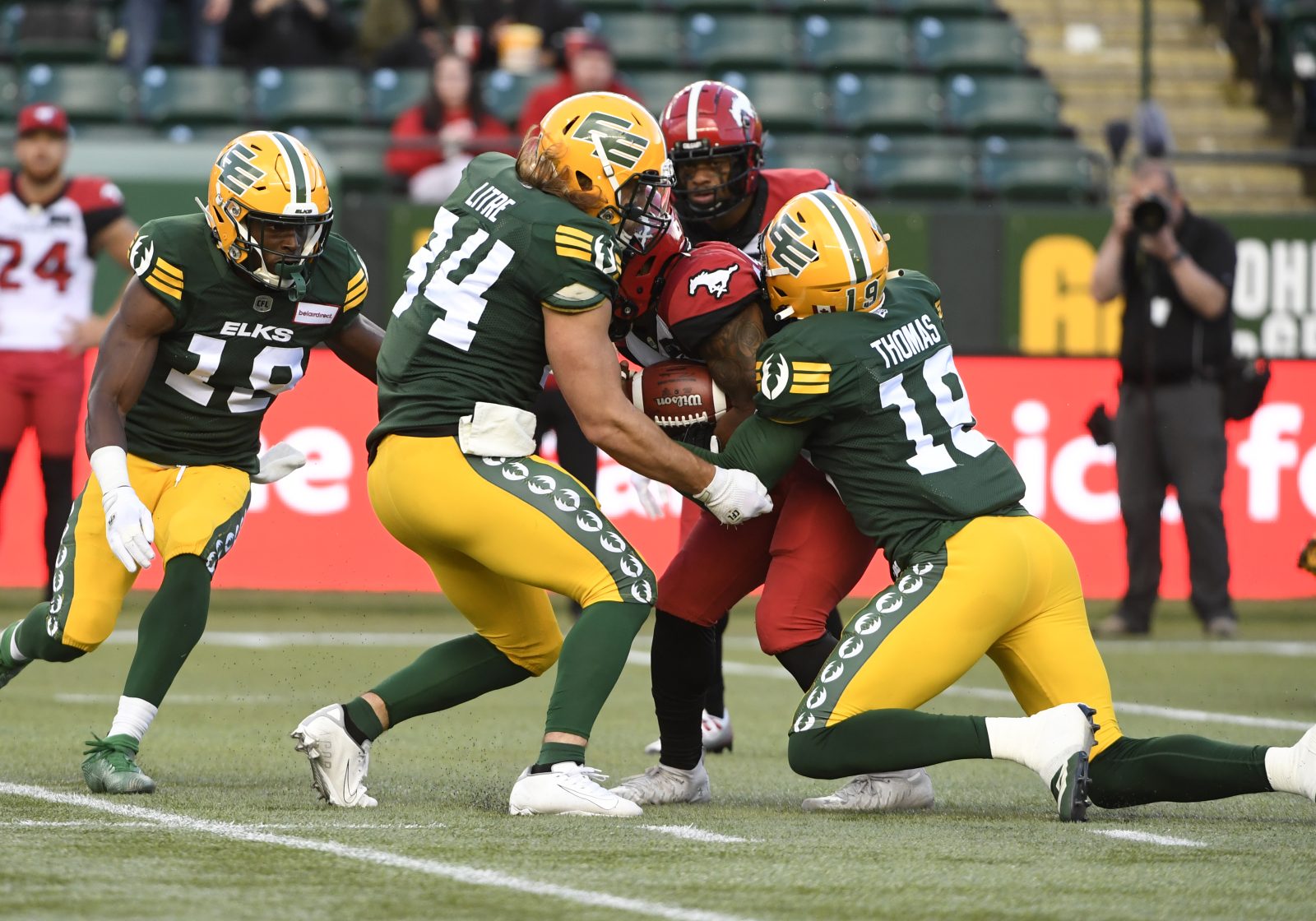 Elks Defeated by Stamps on Rainy Night in Edmonton

The Edmonton Elks were defeated 49-6 by the Calgary Stampeders Thursday on a wet night at the Brick Field at Commonwealth Stadium.

The game was delayed for over an hour because of weather, with heavy rainfall and lightning in the area. The teams left the field with Calgary leading 21-3 early in the third quarter.

Sherman Badie led the Elks with 38 rushing yards, and Derel Walker had a team-high six catches for 33 yards. Sergio Castillo kicked two field goals for Edmonton, giving him 13 on the season, tied for the CFL lead.

Elks rookie Tre Ford became the first ever Canadian quarterback to start a game for Edmonton at Commonwealth Stadium, but was forced to exit the game because of injury after completing two of three passes for 52 yards. Nick Arbuckle came on in relief of Ford in the first quarter and completed 13of 20 passes for 97 yards before Locksley took over under centre.

Calgary was led by quarterback Bo Levi Mitchell, who completed 17 of 22 pass attempts for 279 yards with two touchdowns.

The Elks are now 1-4 this season, and return to action on July 14, when they visit the Montreal Alouettes. Edmonton returns home to host the two-time defending Grey Cup champion Winnipeg Blue Bombers on July 22.