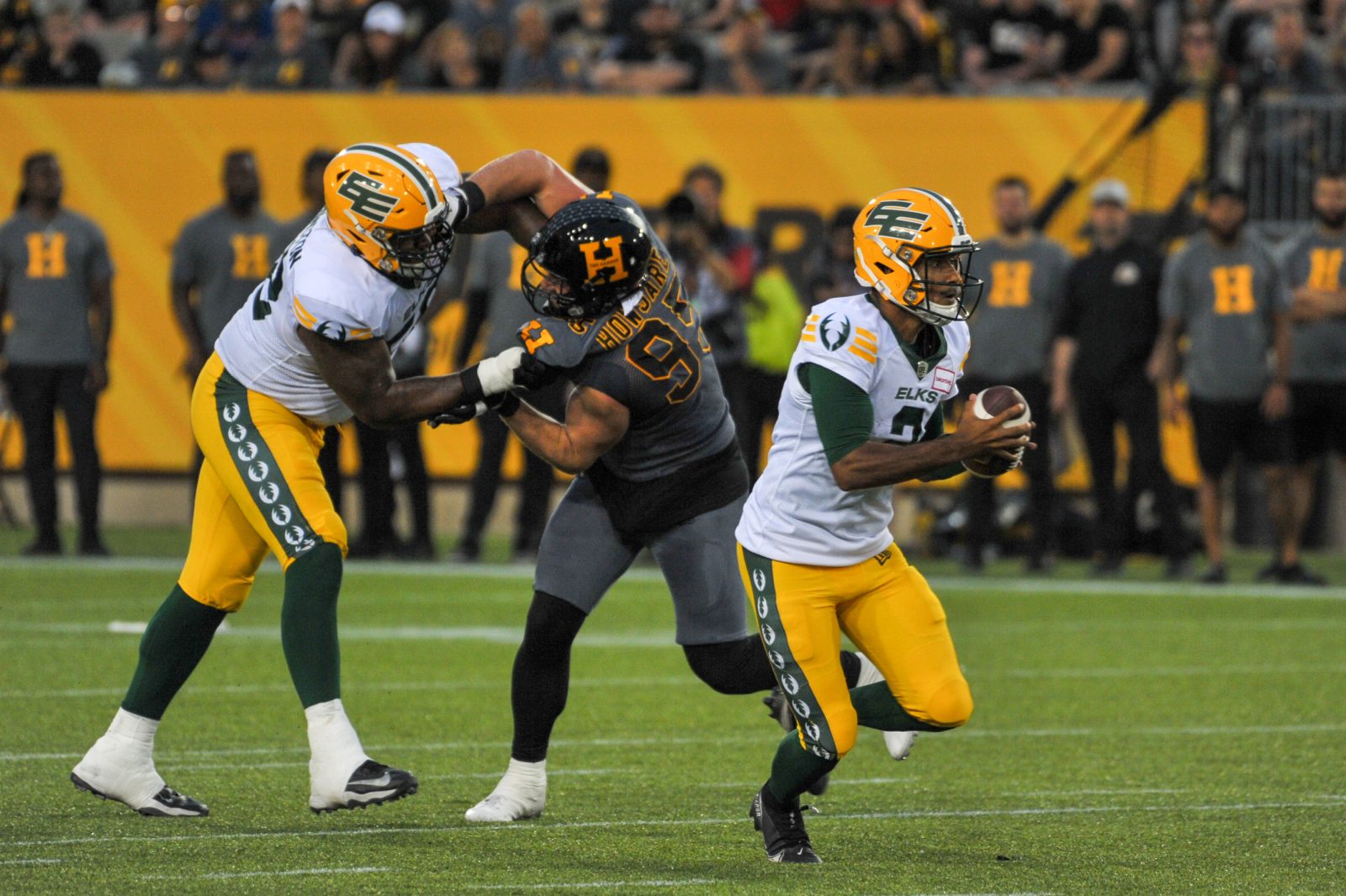 The Edmonton Elks got their first win of the 2022 season, storming back from a 13-point second half deficit to defeat the host Hamilton Tiger-Cats 29-25 in a Canada Day classic at Tim Hortons Field on Friday night.

Elks defensive back Jalen Collins scored the winning touchdown with just 88 seconds remaining, scampering 14 yards to the endzone after recovering a fumble by Ti-Cats quarterback Dane Evans, who had the ball punched out of his grasp by Edmonton’s Scott Hutter.

“Not everything’s always going to go your way … but as long as you stay out there and you fight and believe in the guys next to you, you’re always going to have an opportunity, and we just kept fighting,” Collins said during a post-game interview on 630 Ched, the radio home of the Edmonton Elks. “That’s what this is about.”

“That man in the huddle, he carried it like a vet,” Lawler said of Ford, while speaking on 630 Ched following the win. “He came in there, he demanded excellence, nothing less. He spoke up when needed to. If (the passing play) wasn’t there, he used his feet. He just played an overall good game.”

Kai Locksley also scored a major for the Elks, on a one-yard plunge, and Edmonton’s Sergio Castillo connected on two of three field goal attempts.

Brady Sheldon and Matthew Thomas each picked off Evans for Edmonton’s first two interceptions of the season, as the Elks defense came up with big plays all game, holding Hamilton to just 280 yards offence.

Edmonton trailed 16-6 after the first quarter, which saw Hamilton find the endzone twice, on a 21-yard touchdown pass from Evans to Steven Dunbar, and a 72-yard kick return by Lawrence Woods. Hamilton opened up its biggest lead at 22-9 early in the third quarter, before Edmonton rallied, scoring 20 of the game’s final 23 points.

“It was a nice little comeback,” Ford said during a interview on 630 Ched. “We were in the locker room, everybody was talking it over, about making a comeback to win. We know the Canadian game is a long one, especially those last three minutes, so we were just trying to hang in there and get that W.”

With the win Edmonton improves to 1-3 on the season. The Elks will next be in action on July 7, when they host the Calgary Stampeders at The Brick Field at Commonwealth Stadium.