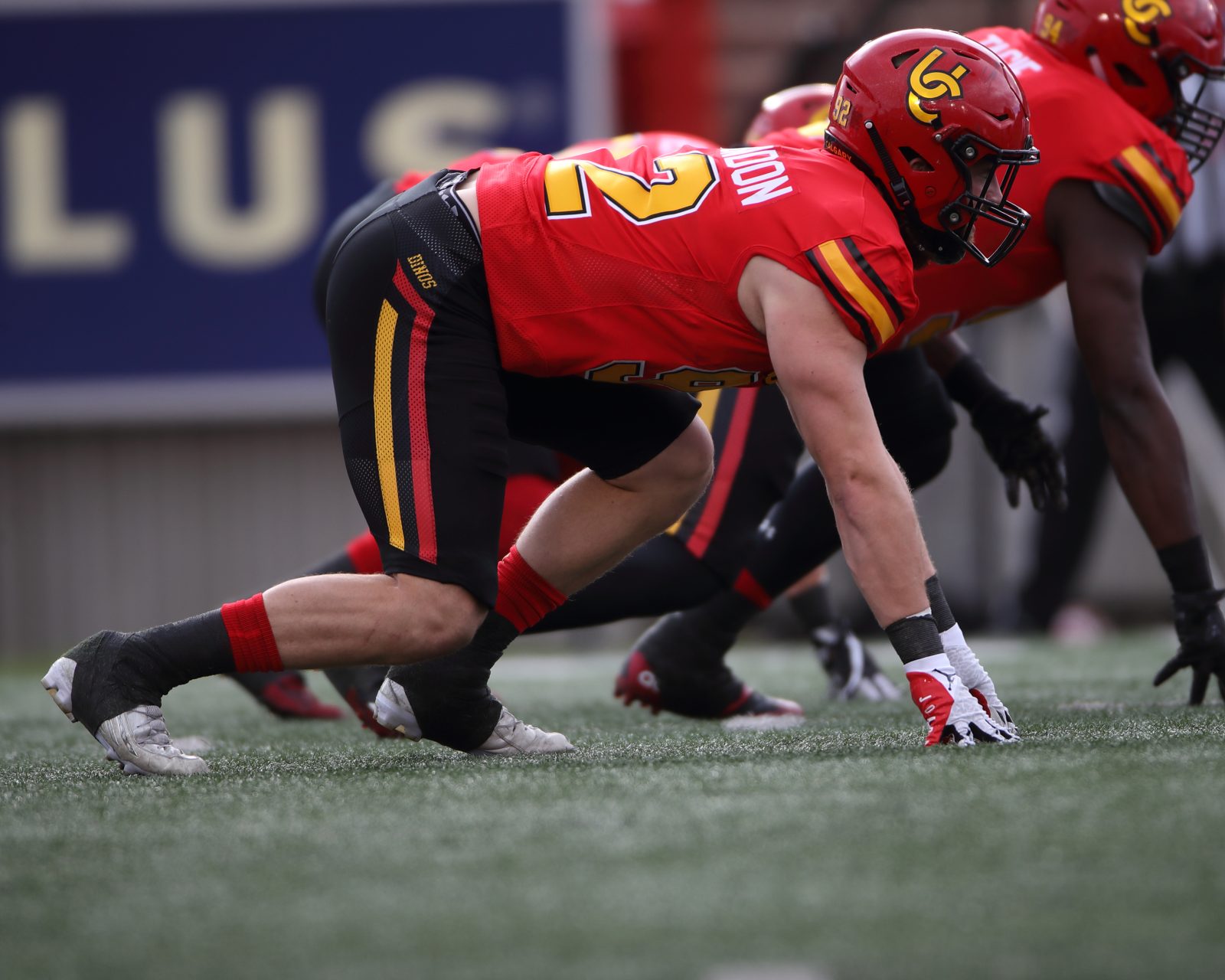 Jacob grew up halfway between Calgary and Edmonton, in Red Deer, where Battle of Alberta loyalties are pretty much split. Jacob sides with Edmonton because that’s where his family is from.

But then Jacob goes to play university football in Calgary, and understandably must change allegiances. After spending several years there, Jacob’s heart would seemingly belong to the South. 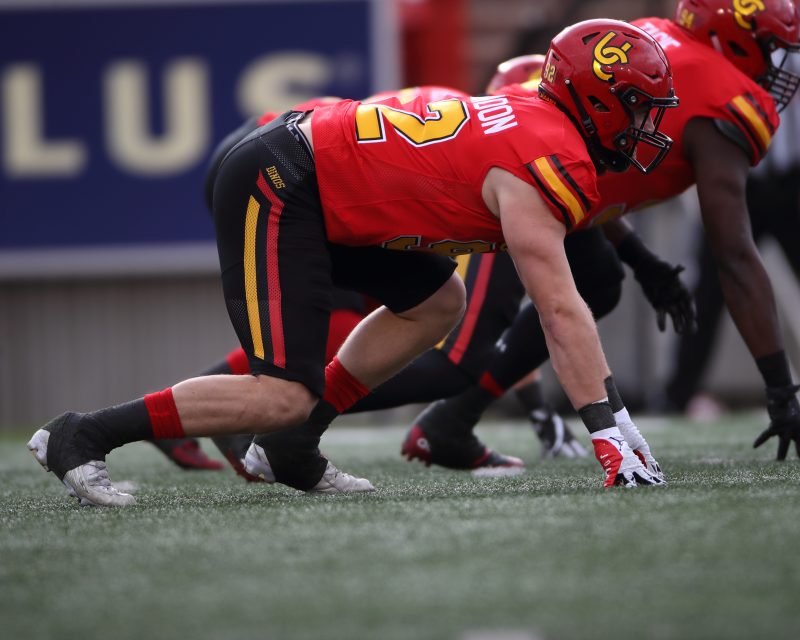 The North, however, has one chance to get him back, and Edmonton acts on the opportunity, selecting Jacob in the Canadian Football League draft.

Jacob has to recalibrate, but that’s no problem. Edmonton was, after all, his first love. Now it’s just a matter of formalizing the union.

It could have happened two weeks ago in Vancouver, between the spectacular backdrop of mountains and sea. Or maybe it could be in Hamilton on Canada Day, which is always a party, complete with fireworks.

But really, there’s only one place this could happen.

So it can’t be anything less than fate that Jacob Plamondon is making his CFL debut, with the Edmonton Elks against the Calgary Stampeders at McMahon Stadium on Saturday.

Remarkably every aspect of the 23-year-old defensive lineman’s life appears to have aligned in this moment. And it somehow gets better:

Plamondon’s relatives are accustomed to watching him play at McMahon Stadium, where Calgary’s university and professional football teams both host their home games. There is regular interaction between the squads, and Plamondon got to know many Stamps players, including a star quarterback he could be chasing down on Saturday.

“I’d see them on the field once in a while,” says Plamondon, who registered 39 tackles and six sacks in 27 games over four seasons with the Dinos and was part of Calgary’s Vanier Cup-winning team in 2019. “Bo Levi Mitchell would give us taps before the game.”

Plamondon also worked out alongside the Stamps when he was training for the 2022 CFL Draft combine. The born-and-raised Albertan was selected 19th overall by Edmonton in the Canadian Draft on May 3.

“It was exciting,” the six-foot-three lineman says of the draft. “I didn’t talk to the Elks that much after the combine, so I really had zero clue that they were even interested, so getting picked to come here was poetic: Born in Red Deer, played university in Calgary and now playing in the CFL in Edmonton. It’s incredible.”

The last several weeks have been a whirlwind for Plamondon, from rookie camp to training camp to the pre-season and now Week 3 of the 2022 CFL season, when he will dress for his first game as a professional football player. While he’s starting to get used to life as a pro, Plamondon still regularly has “pinch me” moments.

“I almost get it every time after practice, I just kind of sit back and think to myself, ‘Holy, I’m actually here right now’,” he says. “But I think it will really hit home when I paly in my first game.”