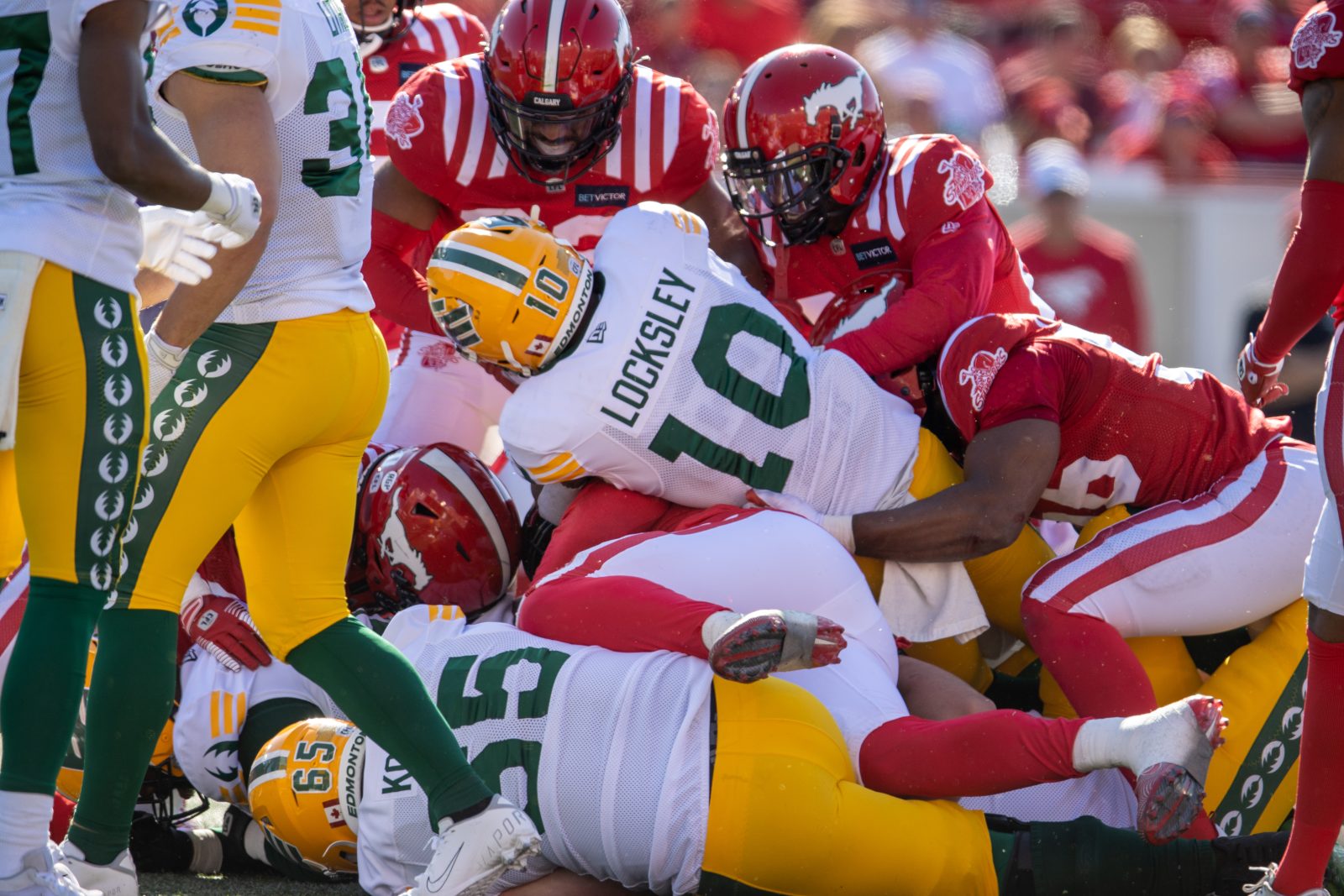 The first of four Battle of Alberta matchups in the 2022 CFL regular season was a fight to the finish at McMahon Stadium on Saturday, where the Edmonton Elks gave the Calgary Stampeders all the hosts could handle in a 30-23 loss for the Green and Gold.

Edmonton was ahead for much of the first three quarters, leading by as much as 10 points, 13-3, late in the second quarter. Calgary took its first lead of the game, 20-17, with Malik Henry catching a touchdown from Stamps pivot Bo Levi Mitchell on the final play of the third quarter that put the Stamps ahead to stay.

“You’ve got to give them all the credit in the world, they did the things necessary in the second half to secure a win, and those are things that we’re going to have to learn,” said Elks coach Chris Jones, whose team drops to 0-3, during a post-game interview on 630 CHED radio.

Manny Arceneaux had his finest game in his first season with the Green and Gold, hauling in seven of eight targets from quarterback Nick Arbuckle for 99 yards, including a 33-yard touchdown catch.

Edmonton’s other major score came on a QB sneak by Kai Locksley in the first quarter. Sergio Castillo accounted for the rest of the Elks’ scoring, connecting on all three of his field-goal attempts and kicking a convert.

Arbuckle completed 20 of 31 passes, his consecutive game with at least 20 completions, totalling 225 yards. Elks running back James Wilder Jr. chipped in with 79 yards offence, rushing for 45 yards on 11 carries, and making four receptions for 34 yards.

Mitchell completed 21 of 28 passes for 321 yards. Ka’Deem Carey and Tommy Stevens each scored a rushing touchdown for the Stamps.

Calgary led Edmonton 435-272 in total net yards and held the ball for 32:32 time of possession. Each team turned the ball over once. Elks linebacker Deon Lacey led all players on both teams with 11 tackles.

The Elks will look to get their first win of the 2022 season when they return to action on July 1, for a Canada Day match-up on the road against the Hamilton Ti-Cats. Kickoff is scheduled for 5:30 p.m. MDT.

“There’s a lot of urgency, and this feeling that we all feel in the locker room, we’re getting pretty sick and tired of it,” Arbuckle said on 630 CHED. “We have a lot of guys on this team that are used to winning, and we’re going to right the ship and we’re going to do it fast.”

Edmonton gets a chance to avenge Saturday’s defeat to the Stamps on July 7, when the Elks return to The Brick Field at Commonwealth Stadium for their next home game.