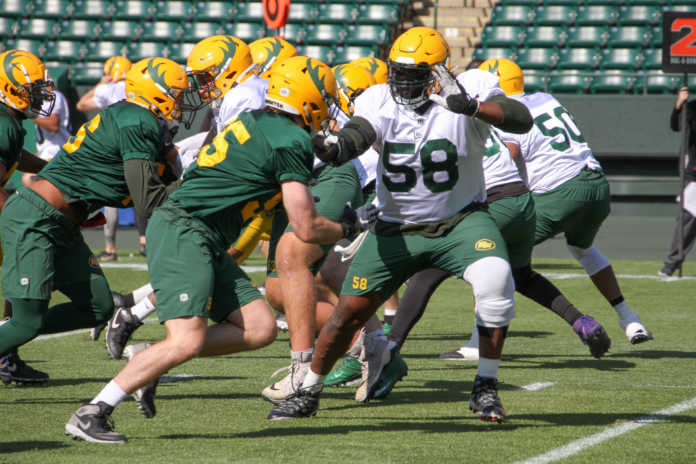 The Edmonton Elks announced Wednesday, that the club has signed Justin Renfrow (OL) and added him to the practice roster. Additionally the Elks released American Anthony Hoskins (DB).

Renfrow played last season with the Double E, appearing in eight games and starting seven at right tackle. The Philadelphia native spent two seasons with the Calgary Stampeders (2017-2018) and suited up in 11 games for the B.C. Lions in 2019.

Hoskins, 24, was moved to the practice roster on June 16. He joined the Elks in February and recorded two defensive tackles in Week 1, starting at cornerback versus the B.C. Lions.

Day 2 of practice (Week 3) goes today at Clarke Stadium as the the Elks prepare for their game on Saturday June 25, when they take on the Calgary Stampeders at McMahon Stadium.