Elks fall 26-16 to Riders in home-opener 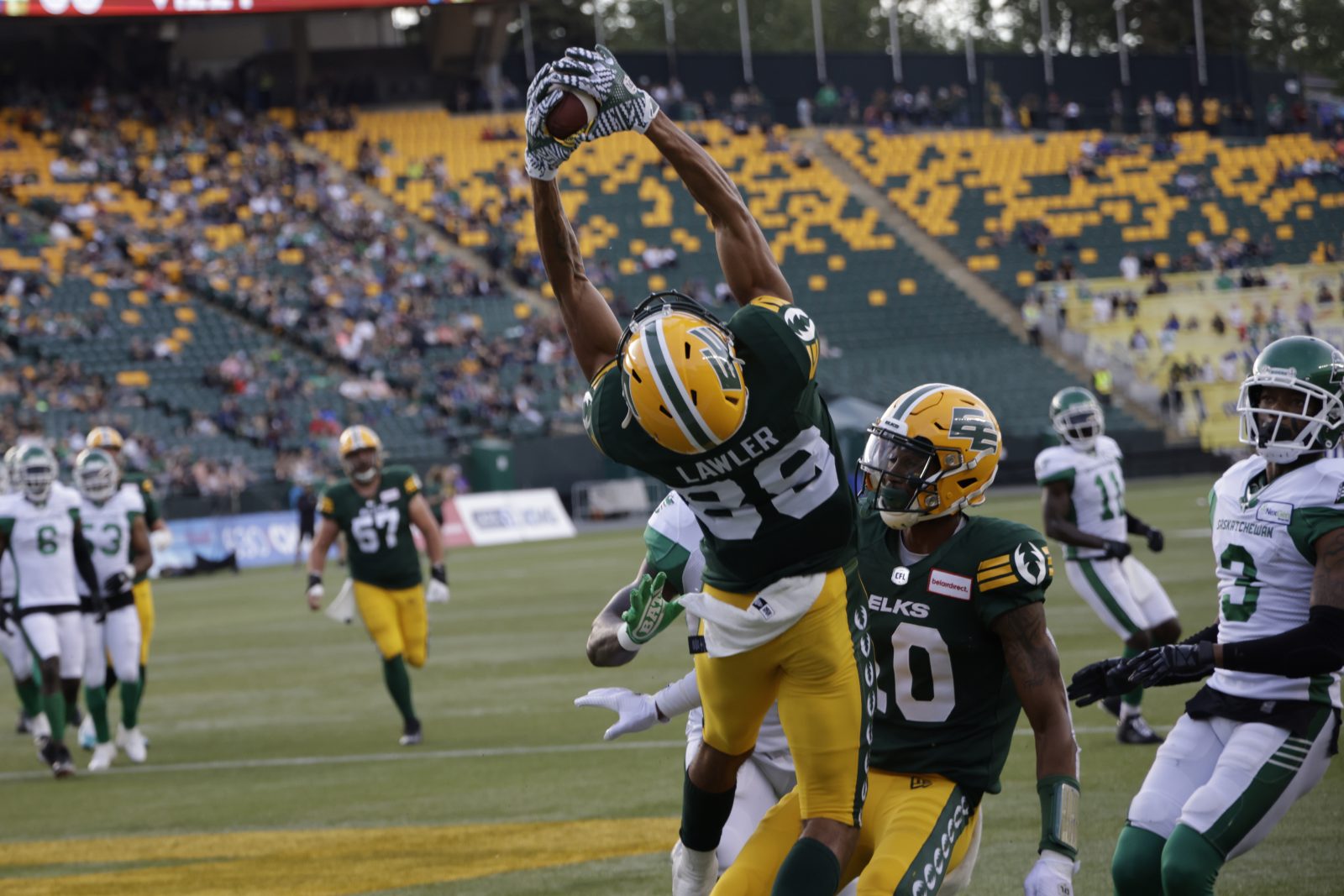 Elks fall 26-16 to Riders in home-opener

The Edmonton Elks gave the Saskatchewan Roughriders all the visitors could handle at The Brick Field at Commonwealth Stadium on Saturday, but were unable to hold on to a fourth quarter lead and fell 26-16 in the Elks’ 2022 home-opener. Edmonton is now 0-2 this season, while the Riders improve to 2-0. 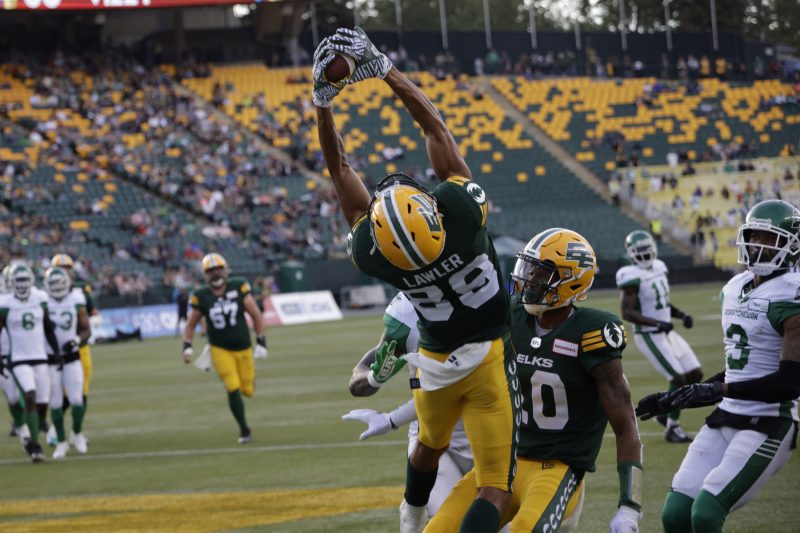 Elks quarterback Nick Arbuckle was 21-for-35 for 315 yards passing, with a touchdown toss to Kenny Lawler. Lawler hauled in 12 passes for 149 yards, while fellow Edmonton receiver Manny Arceneaux had 3 catches for 85 yards, including a 66 yard reception.

Defensively, the Elks got to Roughriders quarterback Fajardo for four sacks. Tobi Antigha forced a Riders fumble that was recovered by Matthew Thomas.

After Sergio Castillo missed a 53-yard field goal, Thomas recovered a Riders fumble on the return, giving Edmonton the ball on Saskatchewan’s 18. Four plays later, Arbuckle hooked up with Lawler on a five-yard touchdown pass and the Elks took their first lead, 7-6.

Saskatchewan responded with Jamal Marrow scoring a two-yard touchdown rush with just under a minute remaining in the first half. Adam Konar sacked Fajardo on Saskatchewan’s two-point convert attempt.

On the opening possession of the second half, Arbuckle drove Edmonton to the Riders four-yard line, setting up a chip shot for Castillo, whose field goal cut Saskatchewan’s lead to 12-10. Late in the quarter, Arbuckle found Arceneaux on a 66-yard catch-and-run play, leading to Castillo’s second field goal, from 30 yards, on the last play of the third quarter to give Edmonton a 13-12 lead entering the final period.

The teams exchanged field goals early in the fourth, before Fajardo connected with Mitchell Picton, first for a three-yard touchdown followed by a successful two-point convert, giving Saskatchewan a 23-16 advantage. Lauther added a late field goal to make the final margin 26-16 in the favour.

The Elks return to action next Saturday when they visit the Calgary Stampeders at McMahon Stadium. Edmonton’s next home game is July 7 when the Stamps come to The Brick Field at Commonwealth Stadium for a rematch.