Road to the Grey Cup Begins at Rookie Camp

Road to the Grey Cup Begins at Rookie Camp

The drive for the Grey Cup begins on Wednesday, when the Edmonton Elks open their rookie camp at The Brick Field at Clarke Stadium.

Around 60 players will take part in the three-day camp, which runs through Friday, before main training camp gets underway on Sunday.

“We have a good group of guys, a dynamic group, a young group,” says Elks assistant general manager Geroy Simon. “It’s going to be exciting to see them finally on the field.”

All 10 players selected by the Elks in last week’s CFL Canadian Draft will be in camp, including top picks Enock Makunzo (fourth overall), a versatile linebacker from Coastal Carolina University, and University of Waterloo student-athlete Tre Ford (eighth overall), who is the first quarterback since 1980 to be taken in the first round of the draft. 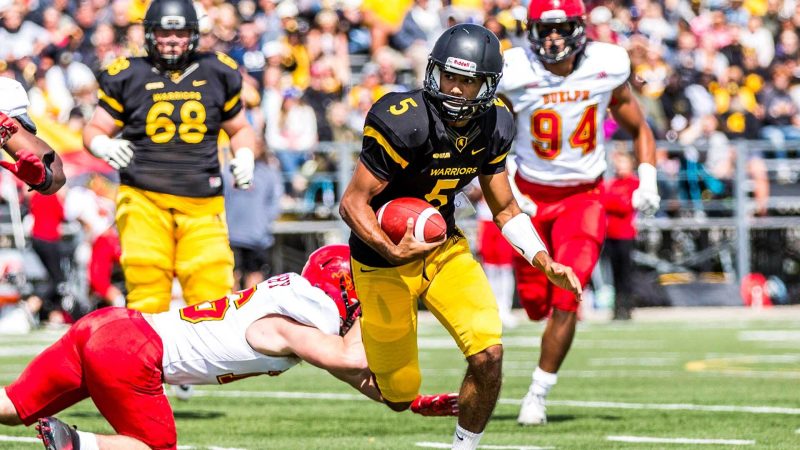 The camp roster also features several free-agent acquisitions that have already spent several seasons in pro football. One such player that has fans buzzing is quarterback Cardale Jones, who led the Ohio State Buckeyes to the 2014 NCAA championship and played in the NFL with the Buffalo Bills.

“There are a lot of guys that have a lot of experience in other leagues, so they’re rookies to the CFL but they’re veterans,” says Simon. “I think that’s given us a great opportunity to hit the ground running and transition this team quicker than your normally would you have a rebuild like we have.”

Rookie camp marks the first football activities for the new Elks staff that was installed during the offseason, led by head coach and general Chris Jones, who previously guided Edmonton to the Grey Cup in 2015. Their goal is to lead the Green and Gold back to the promised land after the Elks finished with a 3-11 record and missed the playoffs in 2021.

Rookie and training camp are open to fans, and admission is free. Schedule times and information about attending can be found at Training Camp Central.