National receivers Tevaun Smith and Mike Jones are staying with the Edmonton Elks, as one-year extensions for the pair were announced Thursday by the Green and Gold.

Both Smith and Jones were pending free agents and would’ve hit the open market on February 8. 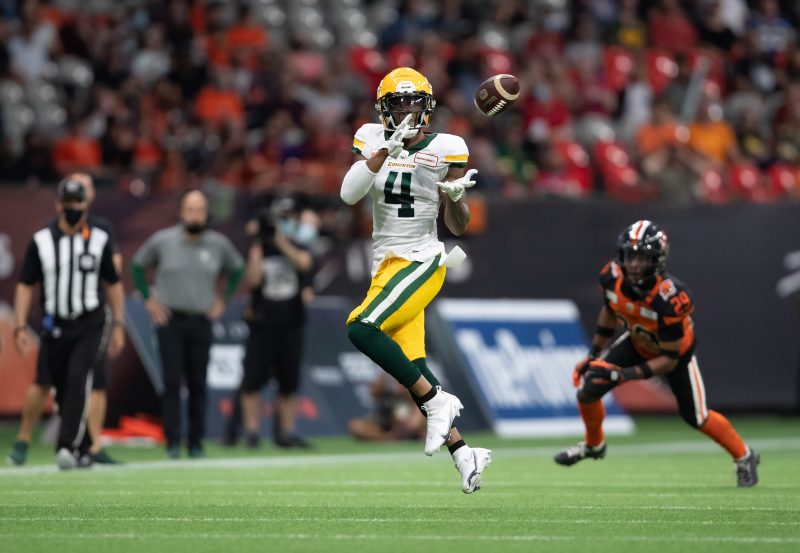 Tevaun Smith makes a reception for a first down against the B.C. Lions on Thursday August 19, 2021. The Canadian Press / Darryl Dyck

Smith, who hails from Toronto, has spent both of his CFL seasons with Edmonton after three seasons in the NFL, which featured stops in Indianapolis, Oakland, and Jacksonville from 2016 to 2018.

The University of Iowa product enjoyed a stellar CFL rookie campaign in 2019, registering 632 yards and six touchdowns in 17 games. In 13 games (10 starts) last season he recorded 324 receiving yards on 27 receptions. 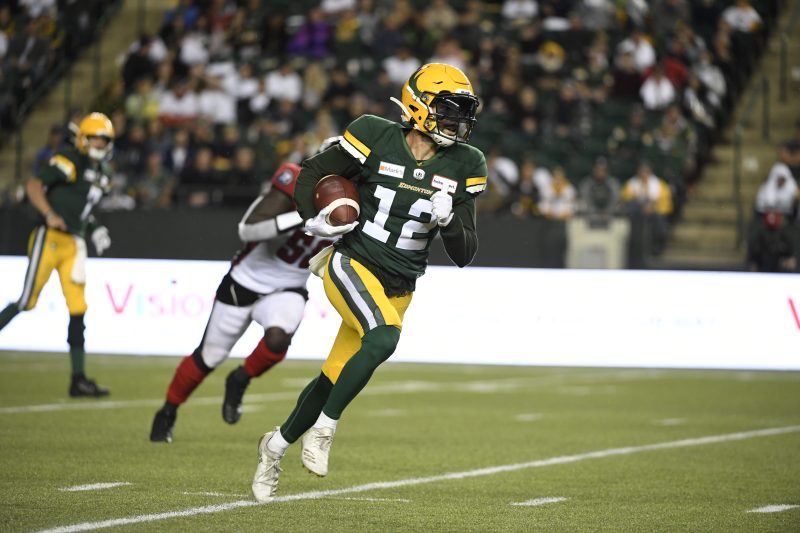 Mike Jones hauls in a pass against the Ottawa Redblacks at The Brick Field at Commonwealth Stadium on August 7, 2021. Edmonton Elks / Dale MacMillan.

Jones enters his sixth CFL season and second in Edmonton with 69 career regular season games to his name. The Southern University product played 11 games for the Elks last season, registering 394 yards and a pair of touchdowns.

Born in Toronto and raised in Texas, Jones spent the first four years of his CFL career with the Hamilton Tiger-Cats. While in Steel Town, he recorded 1,472 receiving yards on 101 receptions, finding the end zone four times.