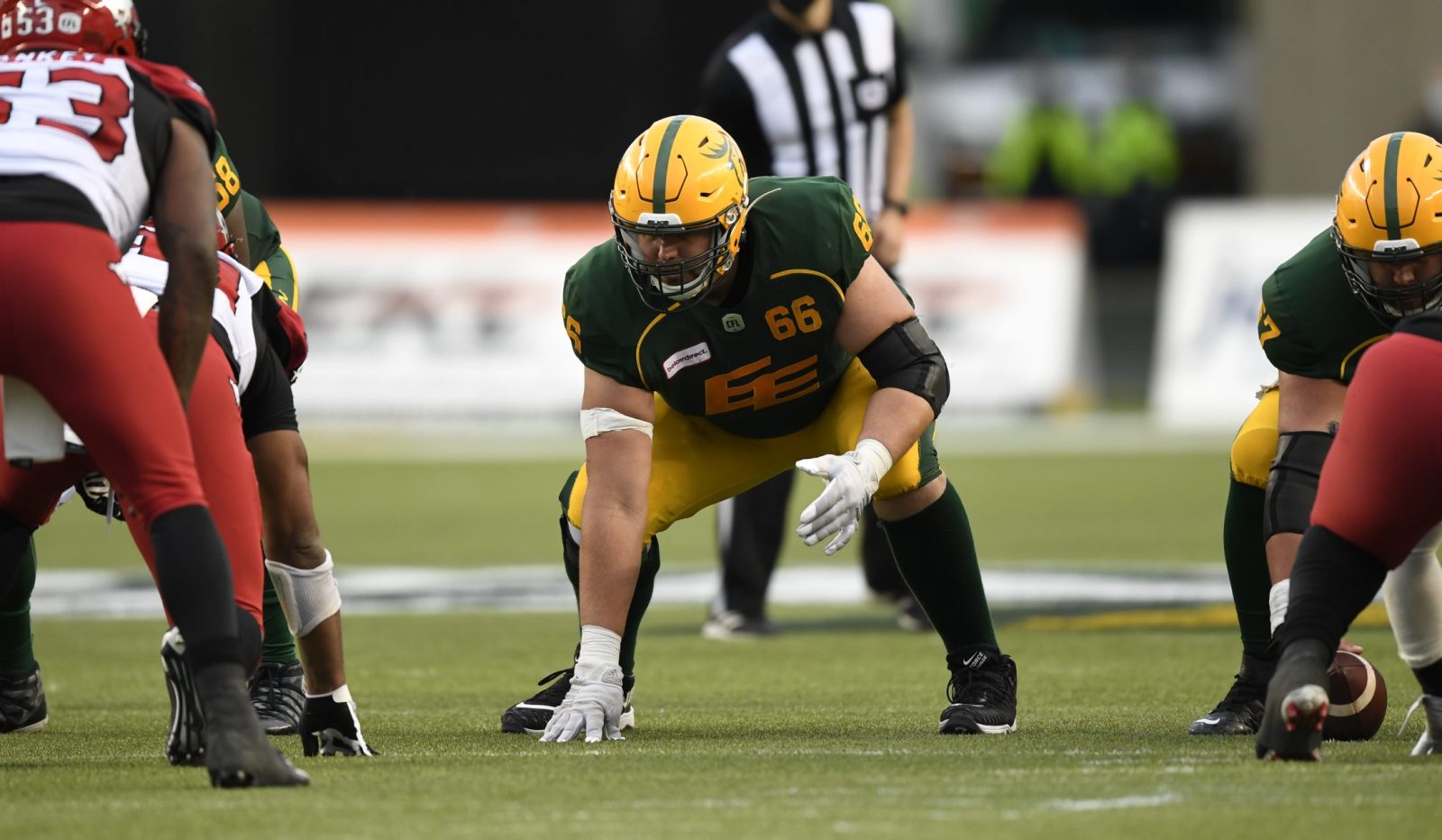 EDMONTON – There may not be any Green and Gold in Sunday’s Grey Cup, but that doesn’t mean Elks offensive lineman Matt O’Donnell isn’t in the hunt for some hardware.

While the veteran won’t be in the trenches Sunday afternoon at Tim Hortons Field when the Hamilton Tiger-Cats take on the Winnipeg Blue Bombers in the 108th edition of the Grey Cup, he’s hoping to claim a different honour – the Jake Gaudaur Veterans’ Award.

Named after former CFL commissioner and WWII RCAF pilot Jake Gaudaur, the award has been handed out annually since 2010 to a Canadian CFL player who demonstrates the attributes of Canada’s veterans: strength, perseverance, courage, comradeship and contribution to Canadian communities. 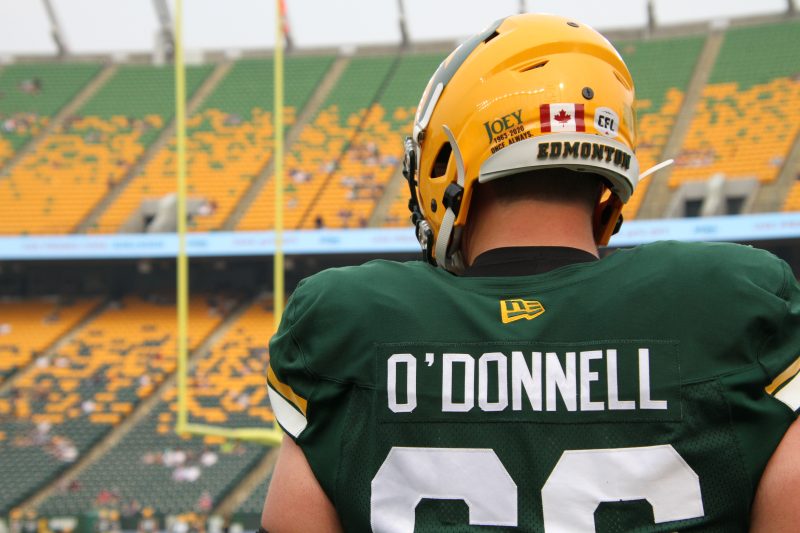 With 130 career CFL regular season games to his name, including 14 during the roller coaster that was the 2021 season, O’Donnell earned the Edmonton Elks nomination after starting every game for the Double E. It marks the second time in O’Donnell’s career that’s he’s Edmonton’s nominee, after getting the nod in 2017.

It’s an honour that isn’t lost on the nine-year CFL vet and the team’s 2021 Most Outstanding Offensive Lineman given his brother Stephen has spent nearly 12 years serving in the Royal Canadian Air Force.

“It definitely hits close to home,” said O’Donnell of the award’s military connection. “We had a going away party for him in October 2020 during the cancelled season and luckily he got to come back and went to a couple of our games in Ontario this season.”

“There’s never enough time to see family, but it was especially good to see him after his long trip away,” O’Donnell said of seeing his brother in Toronto for the first time in more than a year after a deployment to Kuwait.

While the life of a professional athlete can seem like a whirlwind, with new teammates, new cities, and new experiences a constant, O’Donnell has seen his brother go all over the world with his job.

Based out of CFB Trenton, Stephen has been part of missions to Africa, the Middle East, and Caribbean, along with wildfire deployments to Fort McMurray and Pikangikum in Northwestern Ontario earlier this year.

In addition to plenty of challenging work ensuring Canada’s CC130J Hercules aircraft are ready for action, the ACS Tech also had the chance to be a part of a rare flyover back on August 10, 2018 with his brother on the gridiron below. 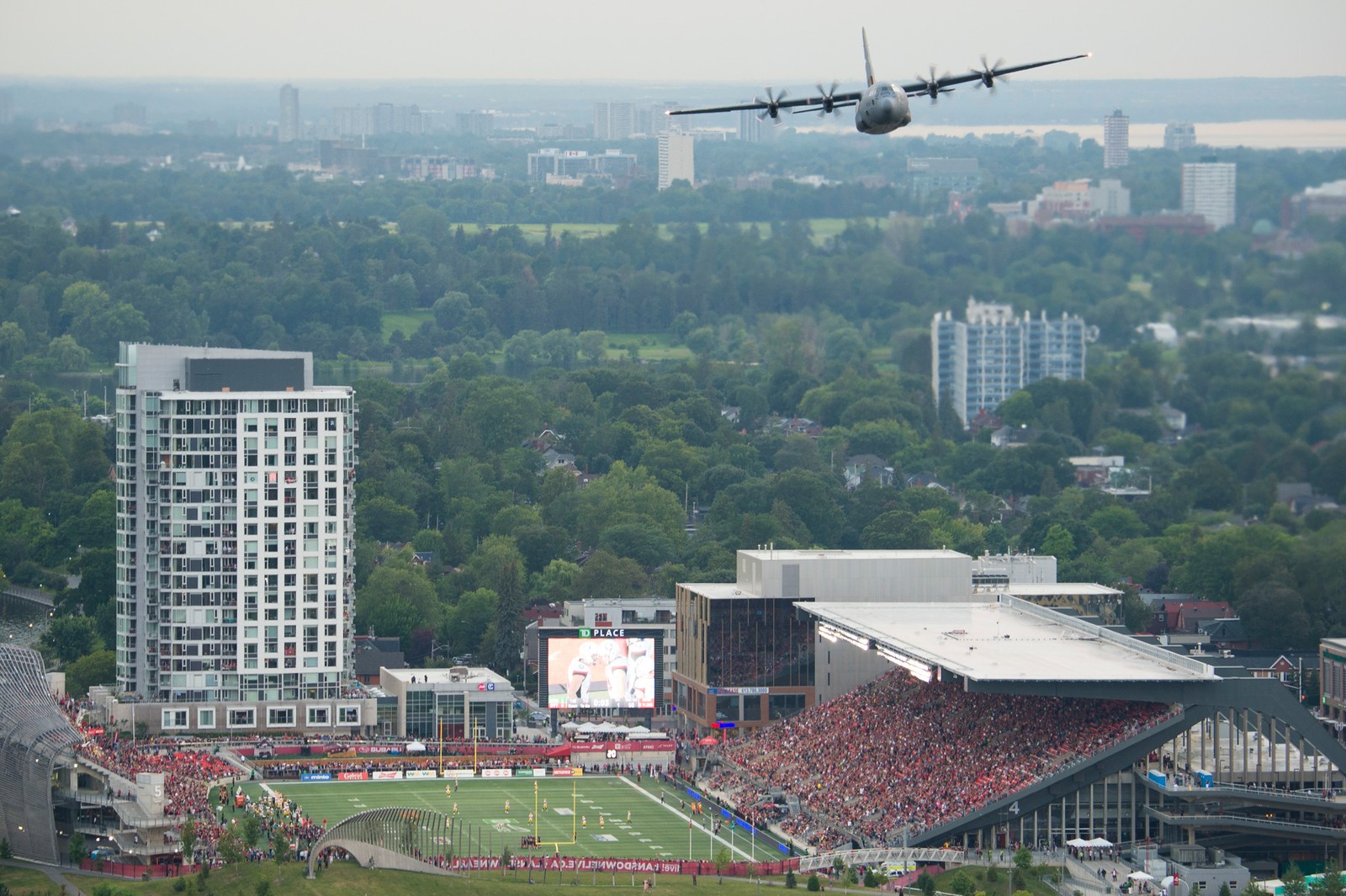 A Grey Cup champion with Edmonton in 2015, the lead up to the 2021 CFL season was a challenge for O’Donnell.

Like everyone, the pandemic forced O’Donnell to adapt his routine, as he and the rest of the CFL family waited patiently for the return of 110-yard football.

“We just tried to keep our nose to the grindstone,” explained O’Donnell of trying to stay prepared through 2020 and early 2021. “We had a couple great guys in town – David Beard, Kyle Saxelid, Diego Viamontes, and a couple of other guys were all training hard together.”

“We were waiting and working as hard as we could on diet, training, and conditioning. Summer time (2020) came and went and they kept moving the goal posts, and the rug got pulled out on the season,” O’Donnell said, reflecting on 2020. 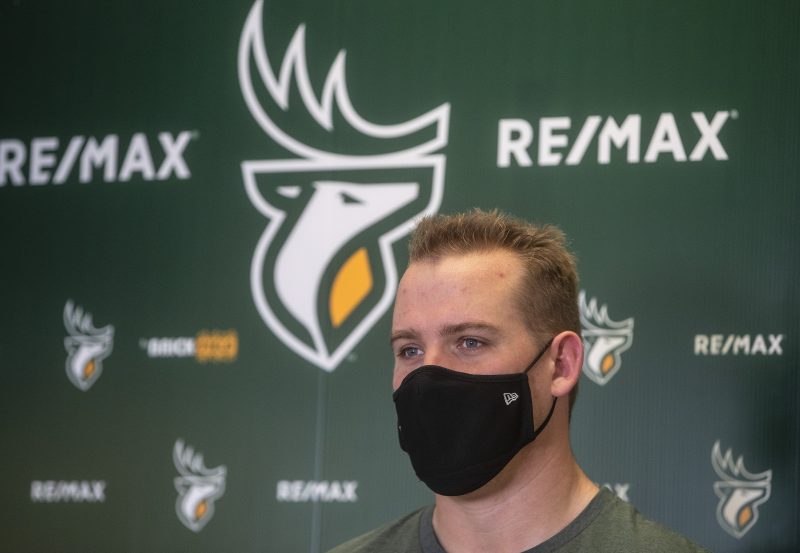 Despite a challenging 2020 and a return to football this season that included no contact with the public due to COVID-19 protocols, O’Donnell was one of several Elks who remained active in the community, through a variety of initiatives including VOICE, which works to promote ending gender-based violence.

Along with his involvement with VOICE, O’Donnell made dozens of virtual appearances. And while those visits didn’t have the same feel as being there in person, the Queen’s product was nonetheless eager to make an impact however he could this season.

“We use football as a platform to make day-to-day life better for people, touch communities and give back where we can,” O’Donnell explained.

“We’re a community team and since I’ve been here in 2012, we’ve always been in the schools talking to kids about healthy and active living, anti-bullying, online safety awareness.”

“It was definitely tough not being able to get out there in person this season…I definitely missed that and not having that connection with the fans hit home this year.”

In addition to being part of the team’s community outreach, O’Donnell’s commitment to doing his part expanded through the pandemic, as he became a blood and plasma donor for the first time.

“I’m going to be doing my 11th donation this week. I don’t know why I waited so long, I really wish I hadn’t because it’s a lot simpler than I thought it would be and it only takes an hour of your time.”

As a leader on and off the field, it’s easy to see why O’Donnell has endeared himself to both fans and teammates alike.

Click here to read more about the 2021 Jake Gaudaur Veterans’ Award, which will be handed out Friday night as part of the CFL Awards.