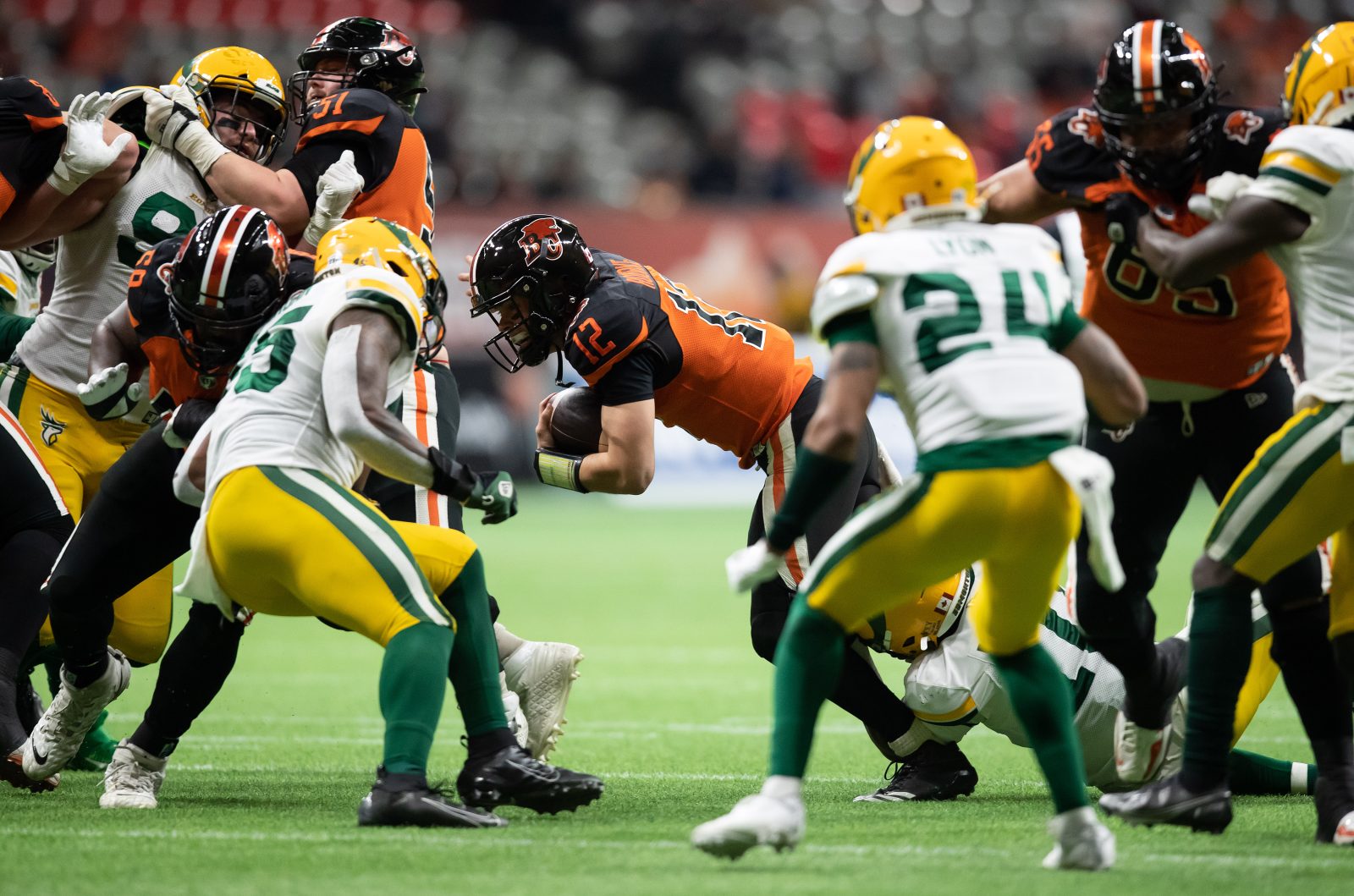 B.C. Lions quarterback Nathan Rourke (12) is tackled by Edmonton Elks' Derrick Moncrief, bottom right, during the first half of a CFL football game in Vancouver, on Friday, November 19, 2021. THE CANADIAN PRESS/Darryl Dyck

VANCOUVER – The Edmonton Elks season came to an end Friday night on the West Coast, as the B.C. Lions used a 34-point first half en route to a 43-10 win at B.C. Place Stadium.

Friday night’s game was the final leg of Edmonton’s 3-11 season, and concluded the club’s cross-Canada tour, which featured three games in a week to end the 2021 campaign.

B.C. quarterback Nathan Rourke and company took advantage of the exhausted Elks early, as the Victoria, BC product led the way with four first half touchdowns. Rourke found the end zone three times on the ground and once through the air in the opening 30 minutes, providing more than enough offence to earn the victory.

Rourke ended the night with 359 yards and 34 rushing yards along with a pair of interceptions, which went to Keishawn Bierria and Aaron Grymes.

Tolliver adding another touchdown on the road trip. #ElksCharge

On the Edmonton side of the ball, not much went right for the Double E. The Elks lone points of the first half came courtesy Jalen Tolliver’s fourth major of the season. Edmonton’s touchdown was setup after Dakota Prukop found Armanti Edwards for 47-yards with just 28 seconds left on in the second quarter.

Prukop, who had just two passes this season prior to Friday, entered the game in relief of Taylor Cornelius after Edmonton’s starter tossed a trio of interceptions through one-plus quarter of action.

Edmonton’s late first half score, however, wasn’t enough to spark an Elks comeback, as B.C. coasted to the win – their first since September 18 against the Montreal Alouettes.

The Elks head home tonight, with medicals and meetings over the next few days. The team’s end of season media availability is slated for Sunday.