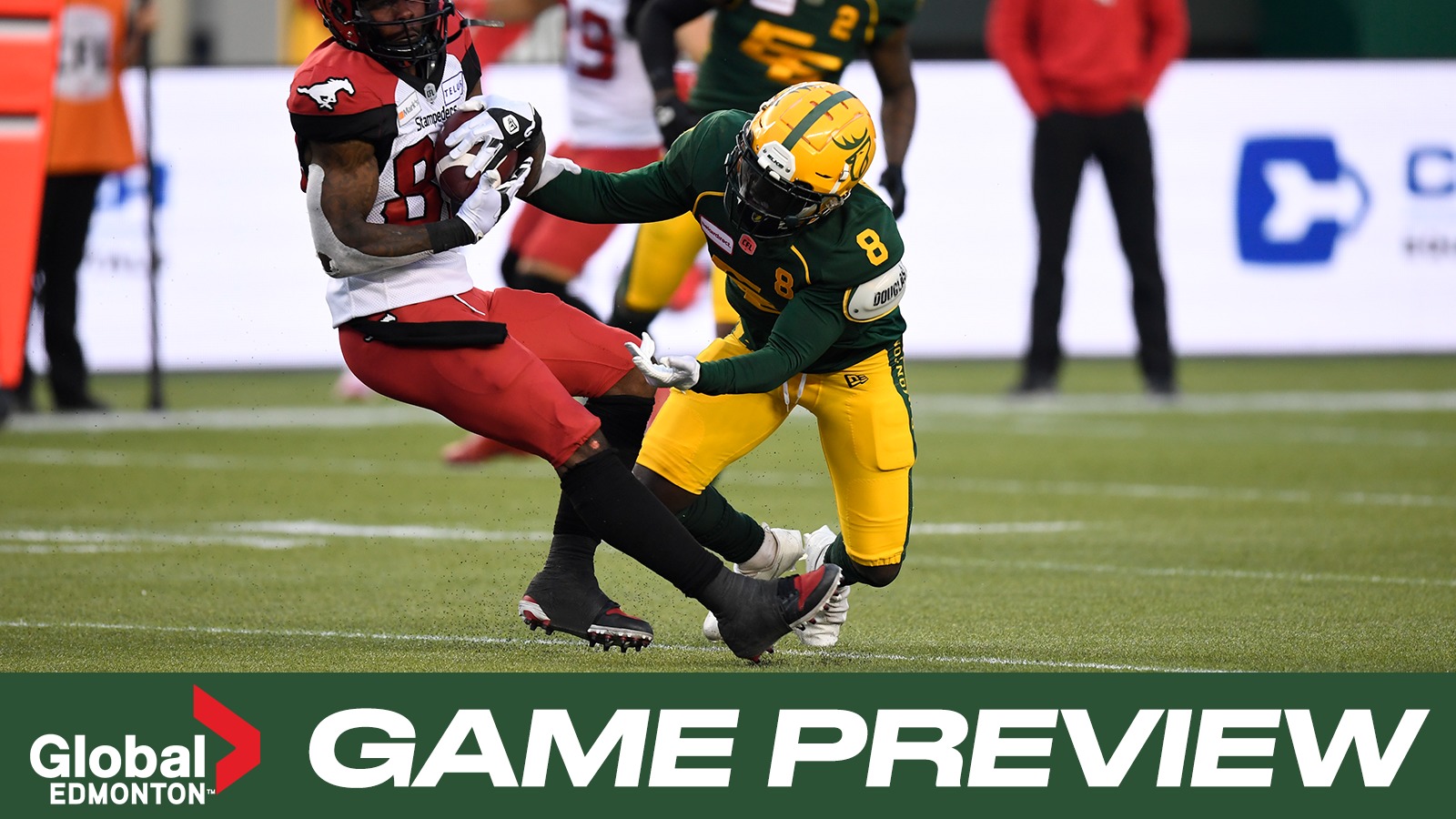 VANCOUVER – The roller coaster ride that has been the 2021 Edmonton Elks season ends Friday night on the West Coast, as the Green and Gold take on the B.C. Lions at B.C. Place Stadium.

From the highs of pre-season expectations and a convincing Labour Day win over the Calgary Stampeders, to the lows of a COVID outbreak and an eight-game losing streak, it’s been a wild ride for the Elks this season.

But despite what has been a challenging year for the Double E, a win Friday would push Edmonton past the Lions and force B.C. into the CFL’s West Division basement. The Lions enter the night looking to snap a seven-game slide, dating back to their Week 8 loss to the Saskatchewan Roughriders.

Friday is Edmonton’s second trip to Vancouver this season, after winning a 21-16 Week 3 game vs. the Lions.

That preceded Edmonton’s COVID outbreak, which proved to be a one-off, as the club has completed the remainder of the season with minimal COVID related speed bumps.

Now, the Green and Gold will look to head into the offseason with consecutive wins and a 2-0 record against B.C. as the team completes their wild road trip. And despite being out of the playoff picture for weeks, Edmonton has continued to play hard, as the team looks ahead to the 2022 campaign.

Friday will be Edmonton’s third game in the last week, after kicking off their trio of contests last Saturday in Regina against the Riders (more on the trip count in By the Numbers).

Edmonton’s first game of Week 16 brought with it several season highs on both sides of the ball.

The game was Edmonton’s first multi-interception game of the season, as Trumaine Washington’s two picks helped secure the 13-7 victory.

It was also the Elks highest rushing total of the season, as the combination of James Wilder Jr., Walter Fletcher, and Taylor Cornelius combined for 143 of Edmonton’s 163 rushing yards.

The game marked the first time the Green and Gold went clean on special teams, not being flagged a single time in either return or coverage.

Edmonton’s defence also did their job against Argos backup Antonio Pipkin and Cole McDonald in the pass game. Toronto completed 46.7 per cent of their passes and had an efficiency rating of 34.86, which were the lowest totals this season against the Elks by any of their opponents. 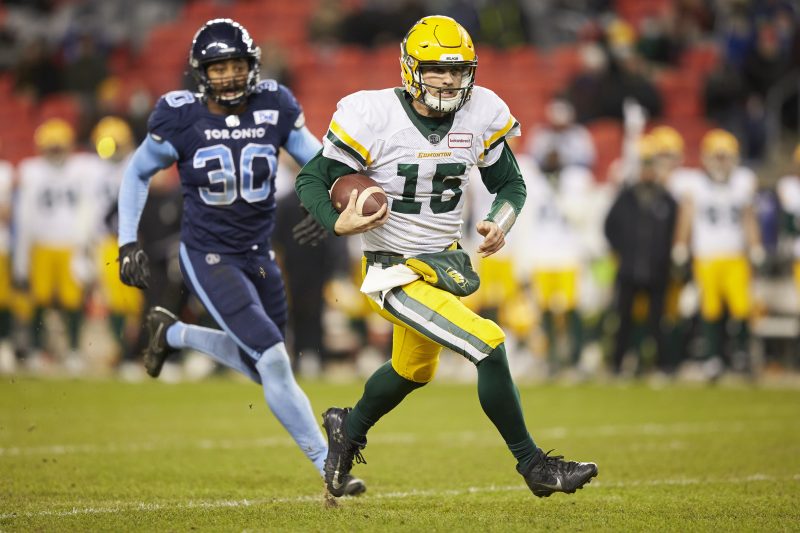 Rookies Taylor Cornelius and Nathan Rourke get the start for the Elks and Lions respectively.

The pair have a combined 25 games played and 2,163 passing yards.

It’s a very different QB matchup than the one we saw Week 3 of the season when veterans Trevor Harris and Michael Reilly went head-to-head. At the time, those two entered the game with a combined 294 career CFL regular season games played (137 for Harris and 157 for Reilly) and 55, 355 passing yards (22,748 for Harris and 32,607 for Reilly). 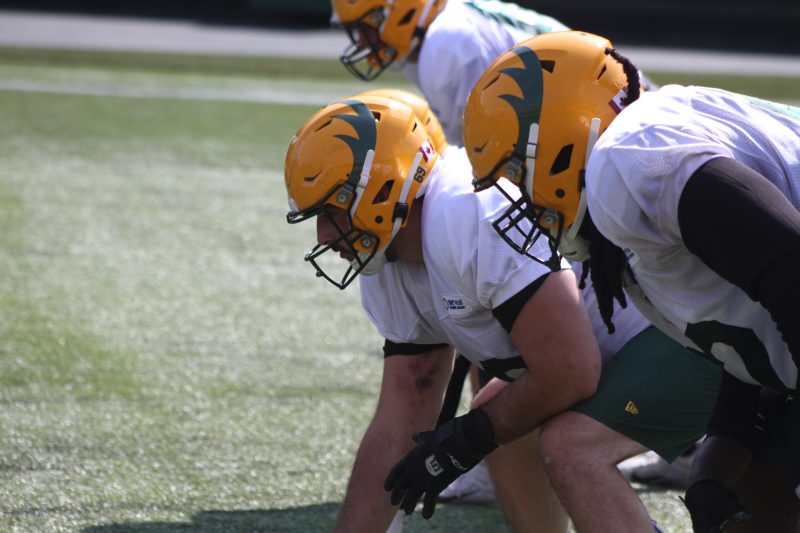 Two players will make their Elks and CFL debuts on Friday night, as offensive lineman Chris Gangarossa and defensive back Herb Waters draw into the lineup for Kyle Saxelid and Jonathan Rose respectively.

Gangarossa was a sixth-round pick of the Elks last year in the CFL Draft after spending three years at Wagner College in Staten Island, New York. The Fort Erie product is 24 years old and will play behind Tomas Jack-Kurdyla at left guard.

Waters, who was inked by the Elks just less than a month ago, was briefly with the Hamilton Tiger-Cats in December 2020, but was released prior to the team’s 2021 season. The defensive back has history with Elks head coach Jaime Elizondo, as the pair were part of the 2020 Tampa Bay Vipers of the XFL. Waters spent parts of three seasons with the Green Bay Packers and Pittsburgh Steelers (2016-18).

Not a new face, but someone who will make his season debut is Diego Viamontes. The first-overall pick in the 2019 CFL-LFA Draft, the Mexican receiver dressed twice for Edmonton in 2019 (Weeks 18 and 21), and combined for three kickoff returns for 44 yards.