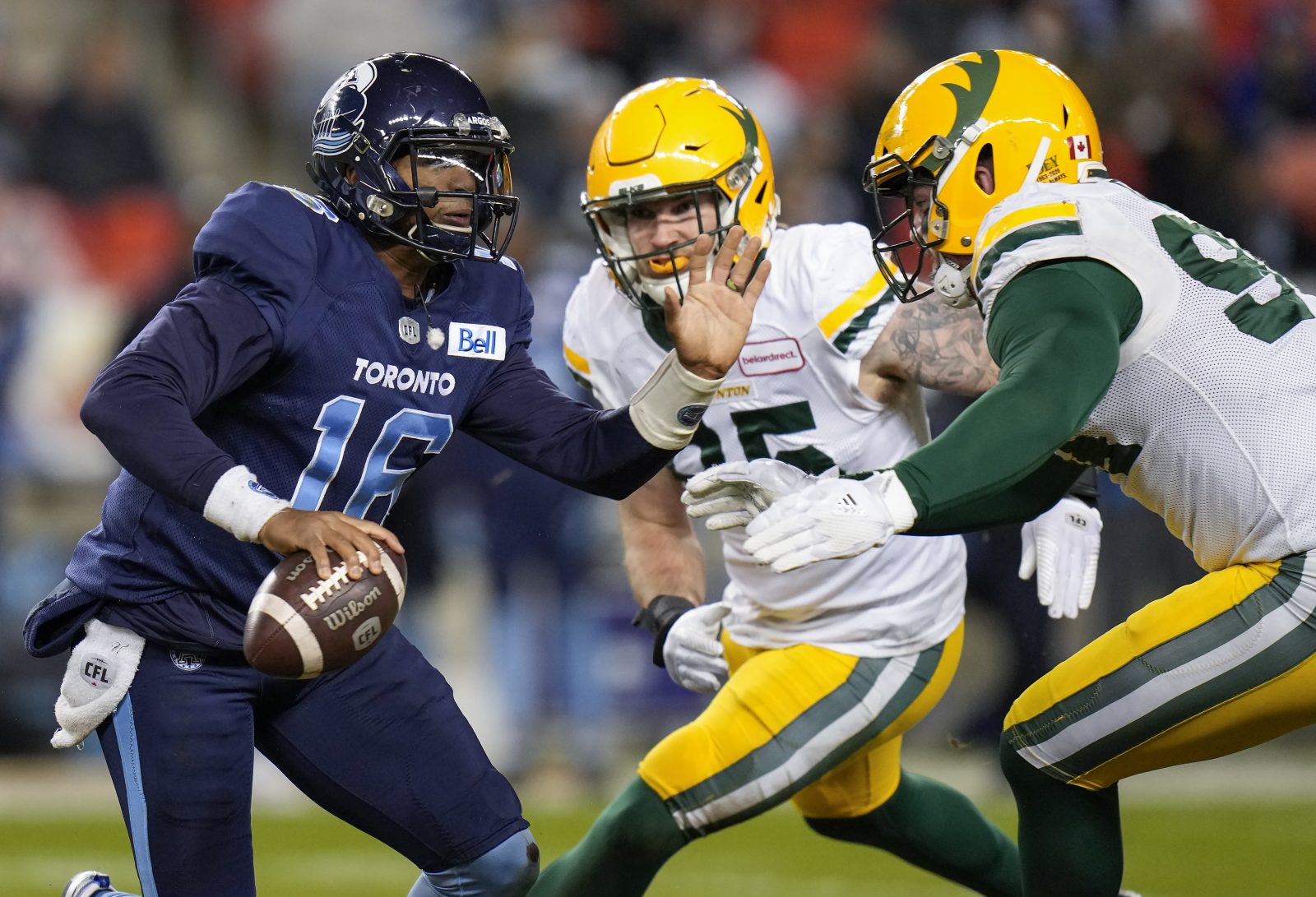 TORONTO – It wasn’t a masterpiece, but the Edmonton Elks gladly earned a win Tuesday night at BMO Field.

Playing on the shortest rest in franchise history, the Elks secured a narrow 13-7 win over the Toronto Argonauts to end their losing streak at eight games and improve to 3-10 on the season.

The victory came just over 72 hours after Edmonton played the first of three games in a week against Saskatchewan in Regina on Saturday.

As they often have this season, the defence did their job and held the opposition in check, as Toronto rested several key starters in their final regular season game before hosting the Eastern Final on December 5.

Despite tossing a trio of interceptions, Taylor Cornelius earned his first win as a CFL quarterback, while Argos backup Antonio Pipkin suffered the loss. Cornelius was part of an Elks rushing attack that combined for 163 yards, with the QB running for 32, while James Wilder Jr. and Walter Fletcher combined for 101 yards.

Edmonton’s lone major of the night came when Cornelius rushed 18 yards to the end zone with 9:20 left in the first quarter. That score gave Edmonton the 7-6 lead, after Pipkin had scampered for his own rushing TD earlier in the first.

Sean Whyte added field goals of 22 and 35 yards respectively to round out the Elks scoring.

Trumaine Washington led the way for the Elks, and his second interception of the night and fifth of the season helped seal the deal for Edmonton.

The pick, which came with 2:32 left in the fourth quarter, secured Washington’s second multi-pick game of his CFL career.

Washington’s first of the night was a pinball off Nafees Lyon on the first offensive play of the game for the Argos.

Now in his third season with the Green and Gold, the Louisville product also had a pair back in Week 15 of his rookie season in 2018 against Saskatchewan.