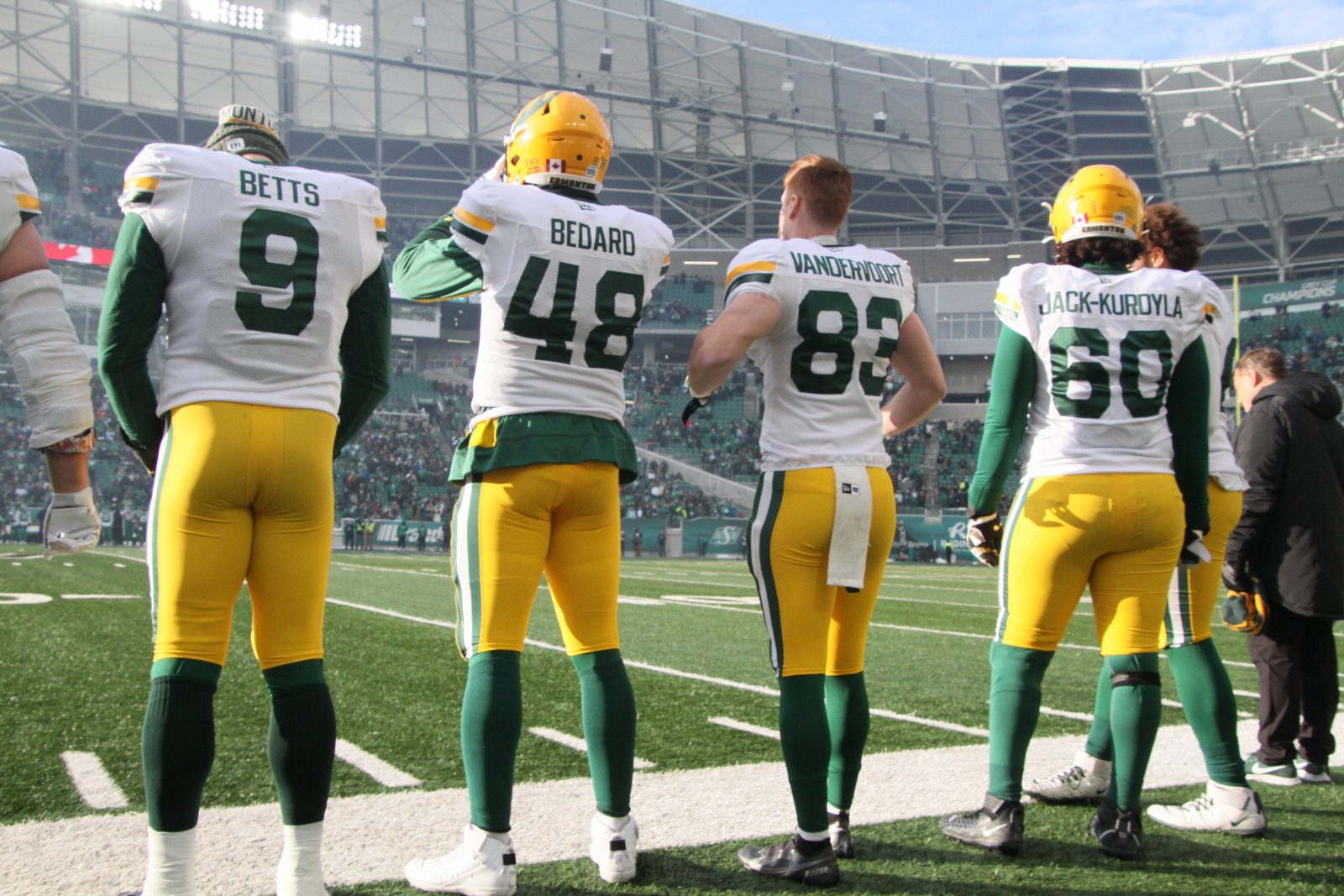 The Edmonton Elks season-ending road trip lands on the shores of Lake Ontario Tuesday night, as the Green and Gold take on the Toronto Argonauts.

It’ll be the second game in four days for Edmonton after suffering a 29-24 loss to the Saskatchewan Roughriders Saturday afternoon in Regina. As you could guess, it’s the shortest turnaround between games for one team in CFL history.

Edmonton (2-10-0) is hoping to snap an eight-game losing streak, while the Argos (9-4-0) are entering the night after clinching first in the East Division with their 31-12 win over the Hamilton Tiger-Cats last week.

The Elks head into the game unscathed in the injury department, as everyone who dressed in the Queen City on Saturday is available.

Several key faces return to the lineup for the Elks, but more on that in Quick Hitters.

On the Argos side of the gridiron, rest is top of mind for the Boatmen, who will host the CFL’s Eastern Final on December 5.

Both the Elks and Argos are coming off short turnarounds, as Edmonton played Saturday afternoon in Regina, while Toronto was at home to Hamilton on Friday night.

The Elks have the shorter of the two turnarounds, with with about 72 hours between games after wrapping up their game at Mosaic Stadium at around 7 p.m. ET on Saturday night. The Argos will have had about 24 hours more time to recoup after their East Division clinching 31-12 win against the Tiger-Cats.

ON AND OFF THE SHELF

A total of six players will draw into the Green and Gold’s lineup Tuesday night, who weren’t dressed against the Riders.

The changes include the the expansion of the active roster by five players, which was part of the agreement when this game was rescheduled to the middle of Week 16 after the August 26th edition of the Elks and Argos was moved due to Edmonton’s COVID outbreak.

The Elks emerged from their Saturday afternoon game with the Roughriders with little to no injury trouble.

Aaron Grymes, who left the game Saturday with an ankle injury, is in the lineup against Toronto.

In addition to Grymes being good to go, injured players Derel Walker (WR) and James Wilder Jr. (RB) draw back into the lineup after missing the last two games against Saskatchewan.

Wilder Jr. will be back atop the Elks running back depth chart, slotting in ahead of Walter Fletcher.

On defence, Thomas Costigan returns after missing the last three games of the season.