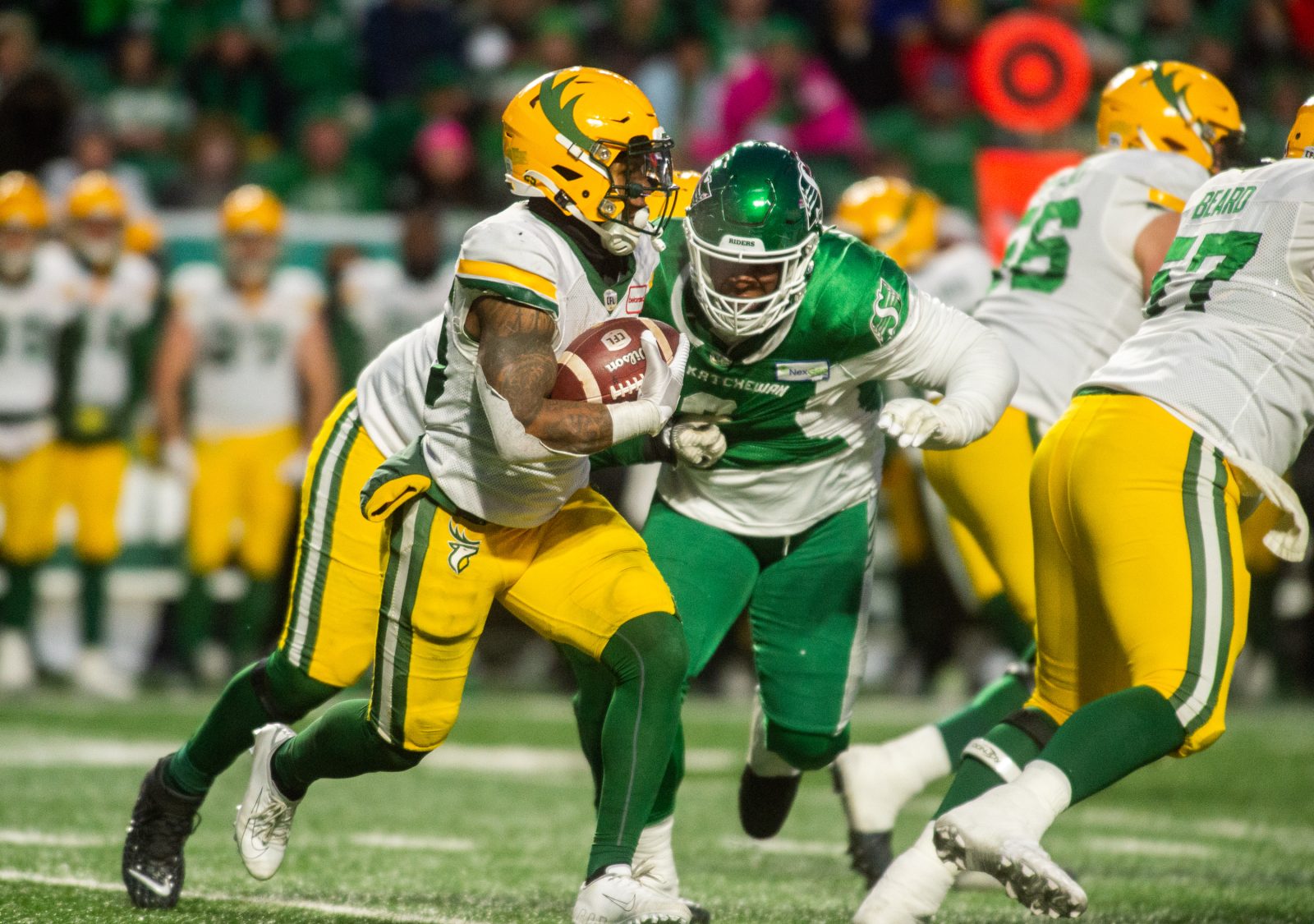 EDMONTON – The Edmonton Elks did their best to put the the Saskatchewan Roughriders’ home playoff plans on hold Saturday in Regina.

But despite another strong outing from several youngsters, Edmonton couldn’t close the deal at Mosaic Stadium, falling 29-24 on a crisp November day.

It was Saskatchewan’s second straight narrow win over Edmonton, after last week’s 19-17 victory at The Brick Field at Commonwealth Stadium. The win improved the Green and White’s record to 9-4 on the season, and secured a November 28th West Semifinal in the Queen City.

Is this pass interference on Edmonton? pic.twitter.com/gUJ7RbvN9E

With the score 26-24 and the Riders driving with less than two minutes to play, Jonathan Rose appeared to have breathed new life into the Elks upset hopes with an interception.

But a suspect pass interference call erased Rose’s big play, and gave Saskatchewan an opportunity to control the clock and put points on the board.

Brett Lauther did just that for the Riders a few plays later, hitting a 28-yard field goal to put the final points of the night on the board. 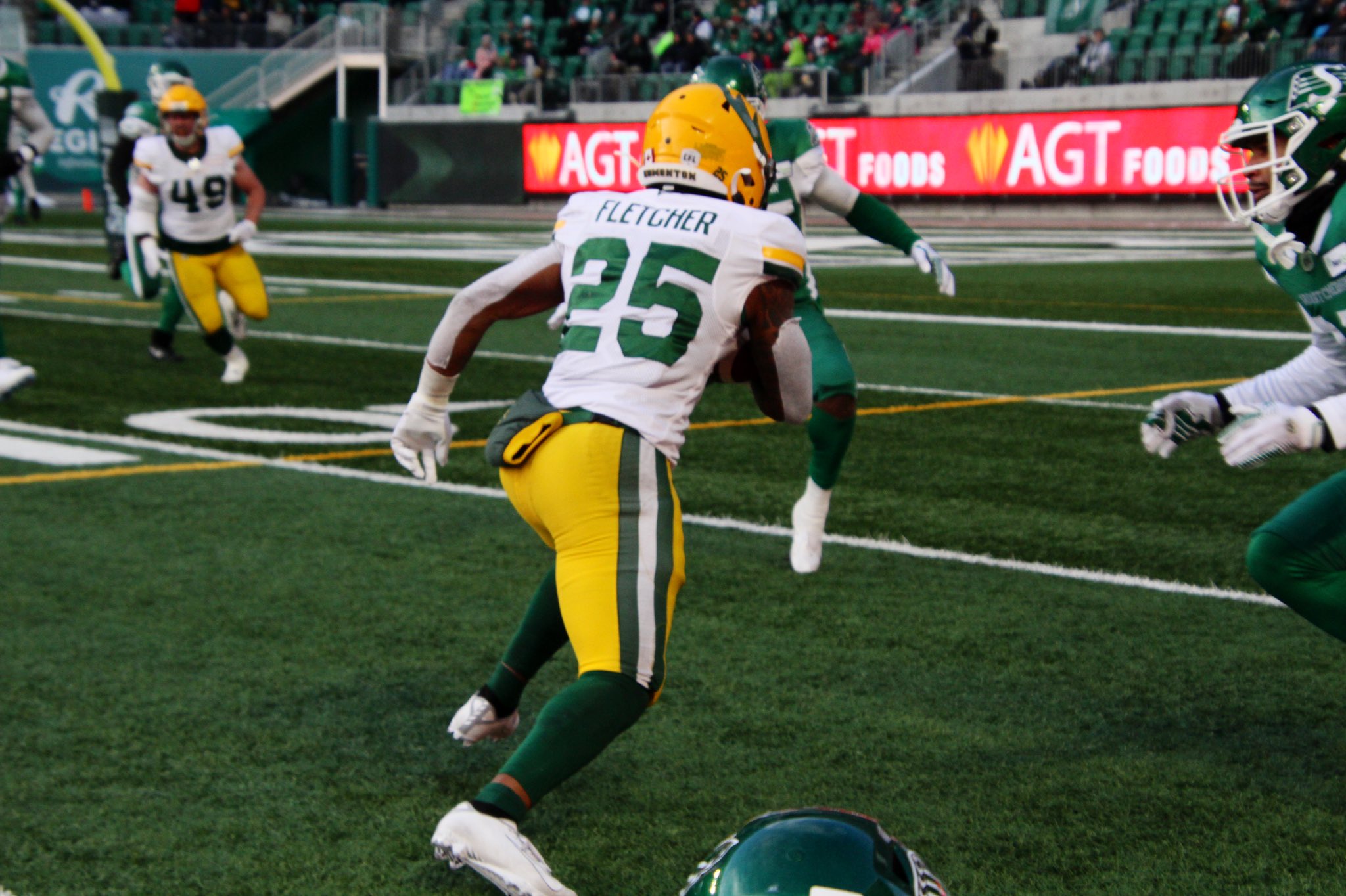 Walter Fletcher was the real deal again versus the Riders.

After making his first-career start last week at home against Saskatchewan, Fletcher had another strong outing for the Elks.

His 136 yards of total offence were just shy of the 140 he posted last week.

Speaking of back-to-back strong showings against Saskatchewan, Lyon posted another interception against the Green and White.

A week after making his first CFL start, Lyon picked off Fajardo in the third quarter. The turnover would set up Jalen Tolliver’s second touchdown of the night (more on that momentarily).

Make it double for Tolliver. #ElksCharge

Tolliver had his best night as an Elk, tying a season-high for receptions with five, while hauling in 98 yards.

His 24-yard touchdown pass near the midway point of the first quarter opened the scoring, before he added a second major late in the third quarter, which gave Edmonton the narrow 21-20 lead heading into the final quarter. 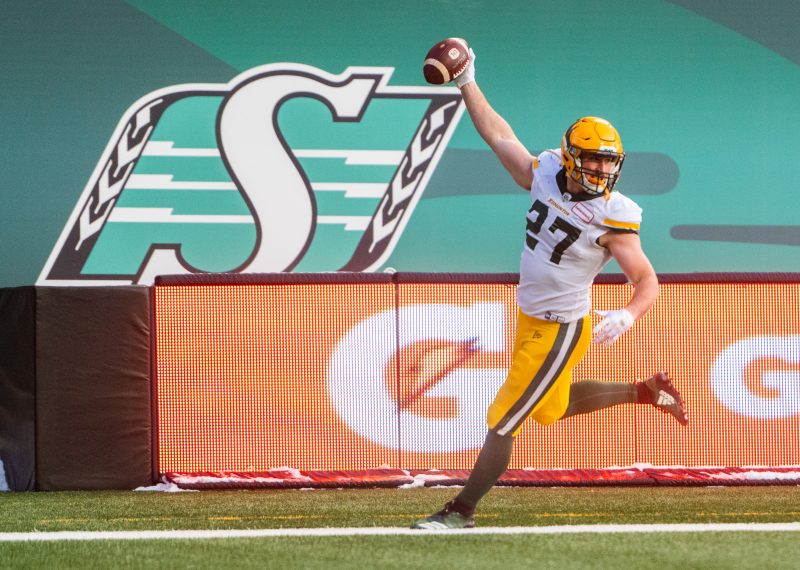 Shout-out to Tanner Green, who recorded his first career touchdown.

Green’s second quarter major cut Saskatchewan’s lead to 17-14 heading into the half.

The Elks are right back at it on Tuesday, November 16 when they travel to take on the Toronto Argonauts. Tuesday’s game at BMO Field is set for 5:30 p.m. MT (7:30 p.m. ET). The Green and Gold will spend Saturday and Sunday night in Regina, before a Monday morning flight to Toronto.