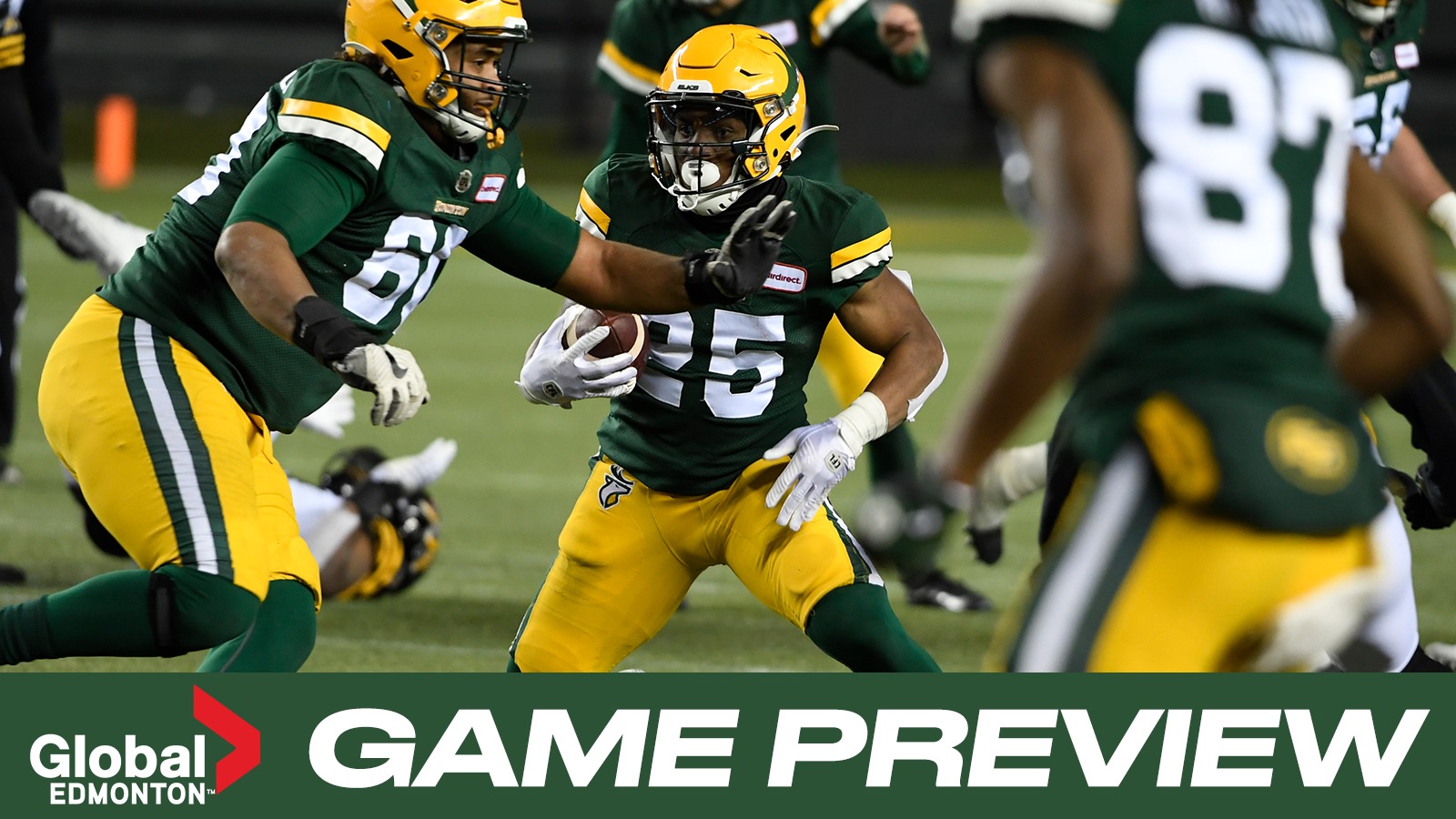 EDMONTON – And then there was one.

Home game, that is.

The Edmonton Elks host the Saskatchewan Roughriders Friday at The Brick Field at Commonwealth Stadium (7:45 p.m. MT), as the Green and Gold take aim at their first home win of the shortened 2021 CFL season.

It’s been tough sledding in YEG for the Elks this season, who enter the night 0-6-0 in the 780 area code after a 39-23 setback to the Hamilton Tiger-Cats last week. The Elks are looking to avoid the first winless season at home in franchise history.

Opposite the Elks – who mathematically are still in the CFL West Division race should they win out and watch the dominoes fall perfectly across the rest of the West – are the already playoff-bound Riders.

Saskatchewan clinched a place in the Grey Cup chase last week with a 19-14 win over the Montreal Alouettes in la belle province.

Changes are aplenty for Edmonton this week, as there are seven swaps from a week ago against the Ti-Cats.

Rookie quarterback Taylor Cornelius will have a very different receiving corps to throw to, as Edmonton’s leading receivers Greg Ellingson (687 yards) and Derel Walker (468 yards) are both sidelined with injuries. He’ll also be without starting running back James Wilder Jr. (more on that in Quick Hitters).

After this week’s home finale, the Elks get ready for the road trip to end all road trips with three games in a week: Nov. 13 against Saskatchewan in Regina, Nov. 16 vs. Toronto, and finally Nov. 19 against B.C. in Vancouver.

It’ll mark the first time in franchise history the Double E finish the regular season with three consecutive games, let alone a trio in a week.

A reminder that Friday night is Fan Appreciation Night, with plenty planned around the stadium all night long. For the complete list, which features $5.50 Molson domestic products (355ml), click here. 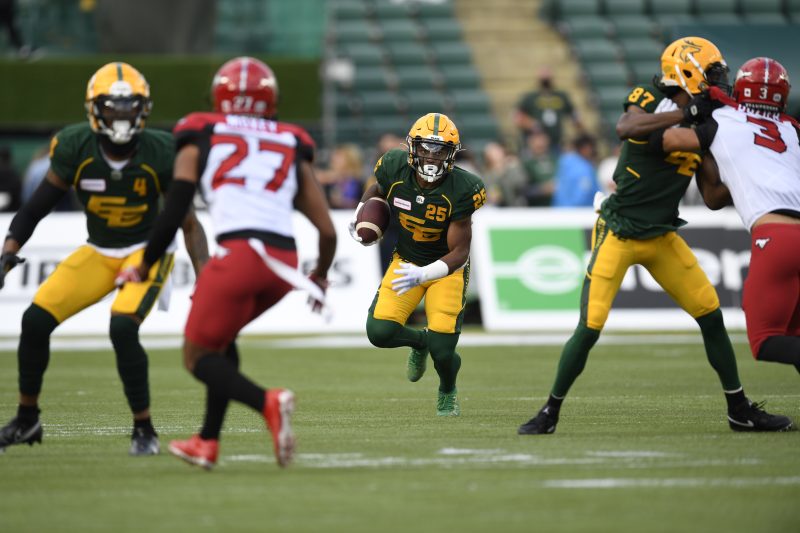 There’s been lots of positive internal chatter around Walter Fletcher since the Ball State product showed his talent back in training camp.

Now, the CFL rookie will get his first shot to be the feature back for the Elks with the absence of James Wilder Jr. (ankle).

Fletcher has just 14 carries on the season for 44 yards, but expect those totals to spike significantly beginning this week against the Green and White. 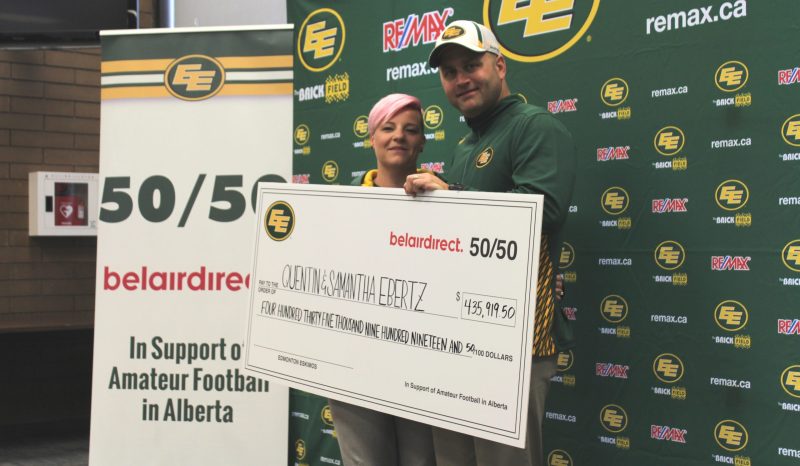 Thank the October 15th game against the Bombers for the big start, as that night’s winning ticket never materialized.

You can read more about how a big 50/50 led to the kindness that is Pay It Forward with Football, by clicking here. 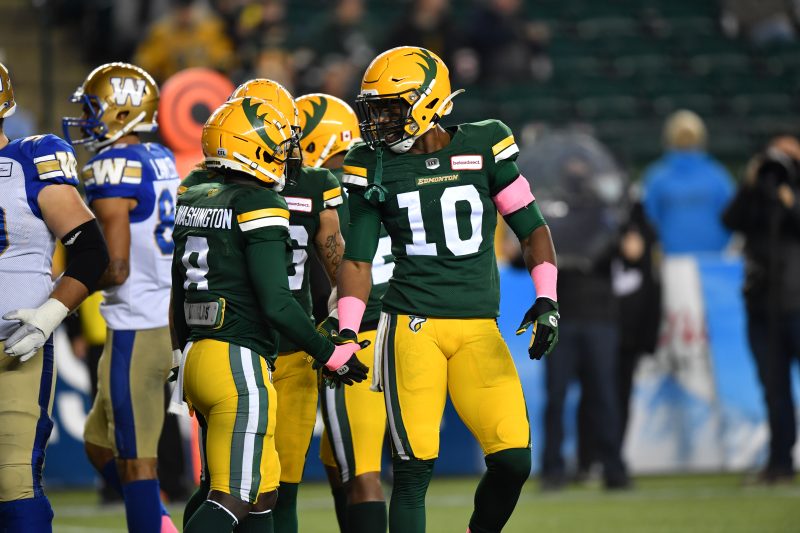 Some big names are set to face their former teams (maybe) Friday.

On the Elks side of the equation, Derrick Moncrief takes on the Riders for the first time since returning from the NFL and signing with Edmonton.

Moncrief spent three seasons in Saskatchewan, including 2019 when he was a CFL all-star at linebacker.

For Saskatchewan, receiver Duke Williams will be a game time decision against his old colours as he deals with a hamstring injury.

Williams was a standout in 2017 and 2018 in Edmonton, recording 715 and 1,579-yard seasons respectively. An extended stint with the Buffalo Bills followed, before Williams signed with the Riders earlier this season and was re-united with offensive co-ordinator Jason Maas.