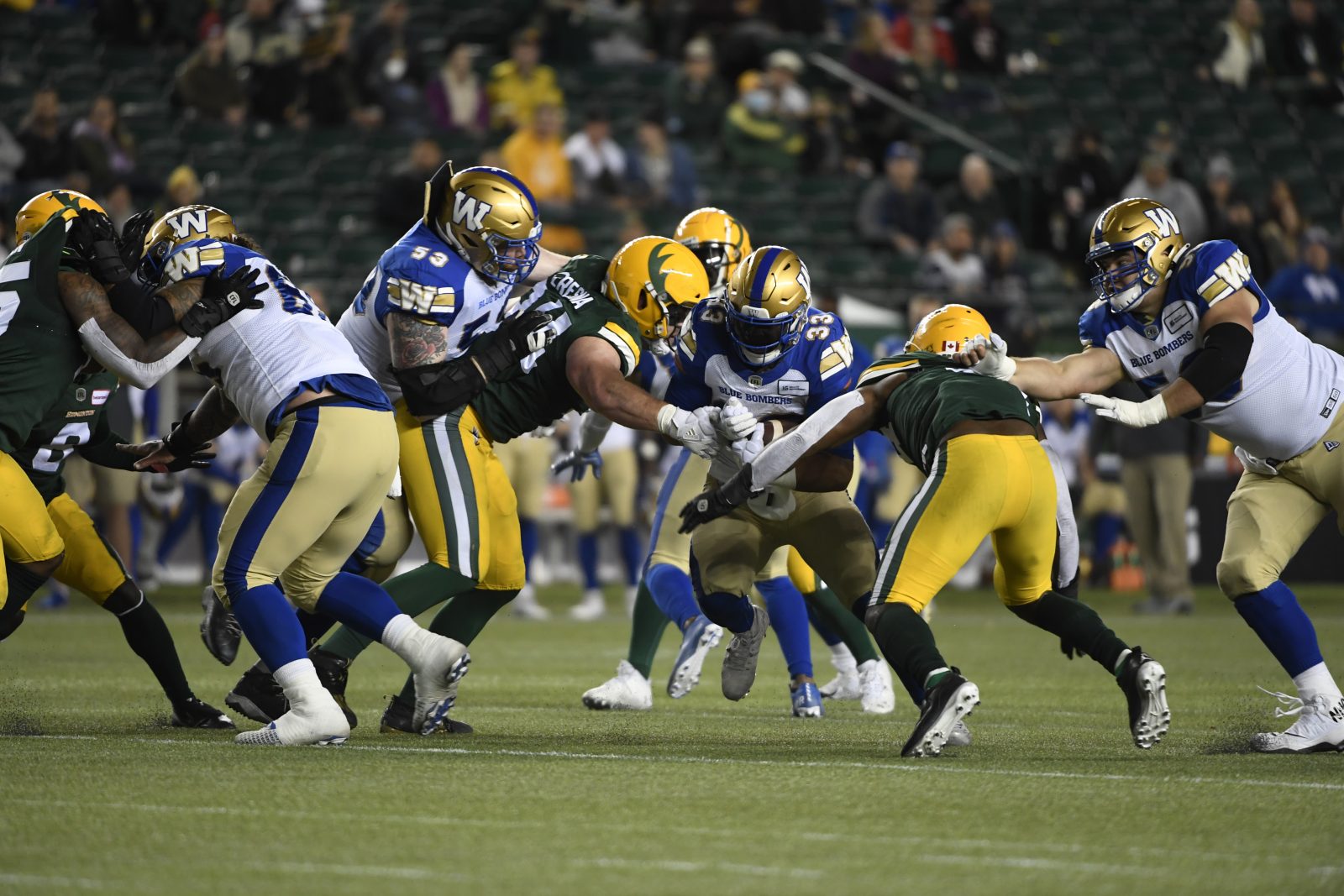 The Edmonton Elks traded blows with the Winnipeg Blue Bombers Friday night at The Brick Field at Commonwealth Stadium, but when the clock struck zero, the result still wasn’t the one the Green and Gold were looking for – a 26-16 setback.

A week after losing 30-3 to the Bombers in Winnipeg, the third and final meeting between the two clubs was the most competitive of the season, with the pair tied at 16-16 heading to the fourth quarter.

But some key moments in the fourth quarter didn’t go the Elks way.

Two big plays came back-to-back at the 3:37 and 3:57 marks respectively – both of which went the way of the Bombers and broke the 16-16 deadlock.

The first came when Aaron Grymes’ had an interception in his grasp, but the Elks’ defender couldn’t haul in an errant Zach Collaros pass.

That missed opportunity was followed by a deep Bombers catch on the very next play, as Rasheed Bailey hauled in a 48-yard pass from Collaros. Winnipeg’s reception, which took them down to the Edmonton 35, set up the Bombers second touchdown of the night.

Bailey would cap the drive three plays later with a five-yard touchdown reception to push the score to 23-16 following Ali Mourtada’s convert.

Winnipeg added a Mourtada field goal in the dying moments to secure the 10-point win and improve their record to 9-1, securing a playoff berth in the process.

The Elks, meanwhile, suffered a fifth straight loss and fell to 2-7 on the season.

Winnipeg takes the lead on the road pic.twitter.com/8cDTgu6mPz

The major was Collaros’ second of the night, as the CFL’s leading passer threw a season low 15 completions, but made it count when it mattered most in the final frame. 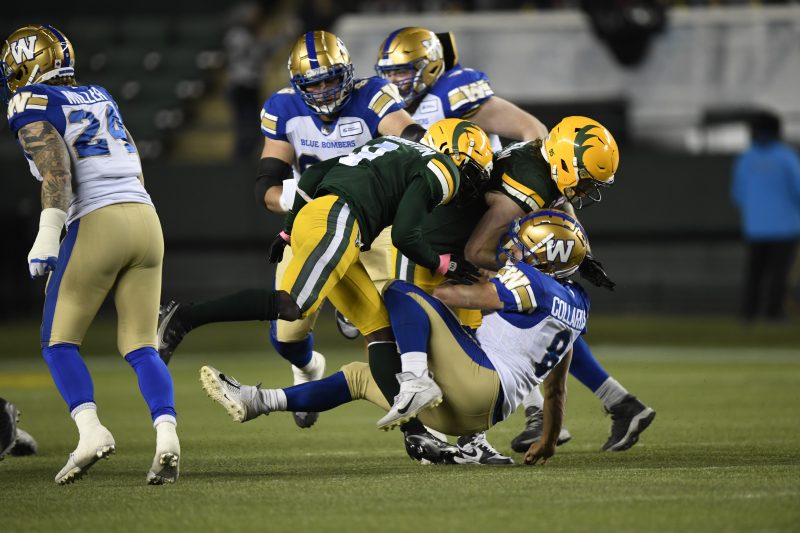 Yet again Edmonton’s defence had a strong night against the class of the CFL.

Collectively, the Elks had four sacks on the night, as Thomas Costigan, Keishawn Bierria, Derrick Moncrief, and Christian Rector all had sacks on the night. It was a breakout performance for the defence in that regard, getting past a Winnipeg offensive line that had surrendered a CFL low nine sacks coming into the night.

Trumaine Washington also hauled in his third interception of the season, picking off Collaros at the Edmonton one yard line late in the first quarter. Washington sits in a seven-way tie for the CFL lead in interceptions.

The Elks are on a bye this coming week, and return to action in two weeks when they host the Hamilton Tiger-Cats on Friday, October 29.