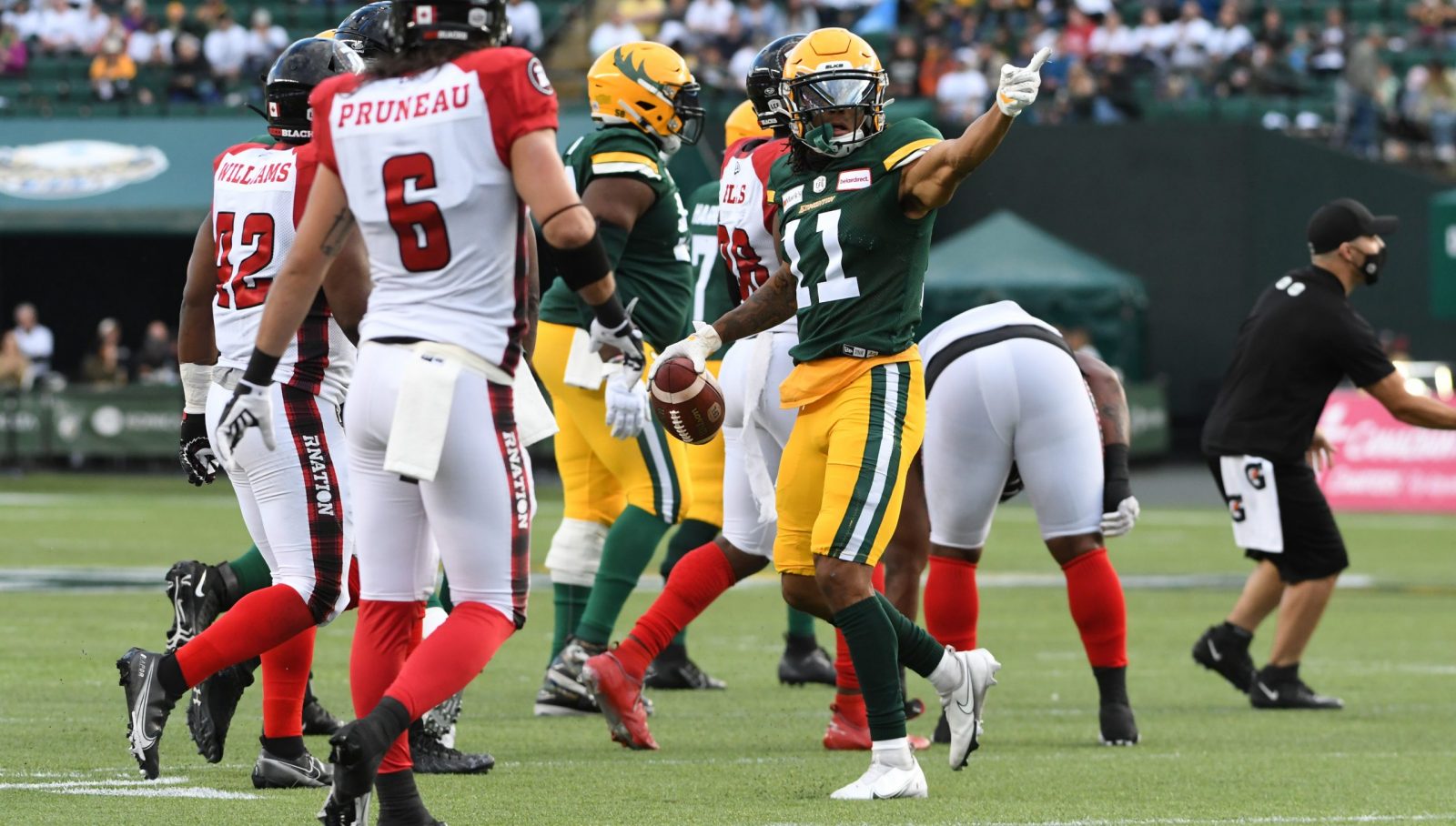 As a coach, some players stick with you.

Their personality. Their skill. Their grit.

“I love that kid. I’m so happy that things have worked out for him,” said Dobie, who coached the Winnipeg native from 2016 to 2018.

“There are certain players you coach that you’re particularly and extraordinarily happy for when things work out, because of what they go through. He just never made excuses. He never letdown, he never stopped, and he deserves all the respect he’s earned and the success that is coming his way.”

The talented Canadian receiver is enjoying a breakout first half of the season with the Elks, and heads to his hometown of Winnipeg this weekend for his first CFL regular season game in front of family and friends.

Coming off a two-touchdown performance last week against Ottawa, it couldn’t come at a better time for Ross.

A late comer to the game, the Dakota Collegiate product didn’t start playing high school football until Grade 12. Junior football was next on his path, joining the St. Vital Mustangs before heading west in 2015 to play with the B.C. Football Conference’s Okanagan Sun.

“He was a football player, who believe it or not didn’t really standout and shine early on,” Dobie said of Ross’ early gridiron days.

But despite not making the jump to university football as early as he would’ve liked, Ross made the most of things when his chance came.

Canadian Football League player Shai Ross showed off his gymnastics skills by dunking an Oreo into a glass of milk mid-air. pic.twitter.com/fVWUzgUpOm

A Canada West conference all-star as a returner during his first season at Manitoba in 2016, Ross’ athleticism was hard to miss.

But adversity was on its way.

“He came in and was such a dynamic player for us, but he had shoulder issues and they were pretty serious. Playing with us, they got worse and worse to the point where there was absolutely no question that he needed surgery,” Dobie recalled. 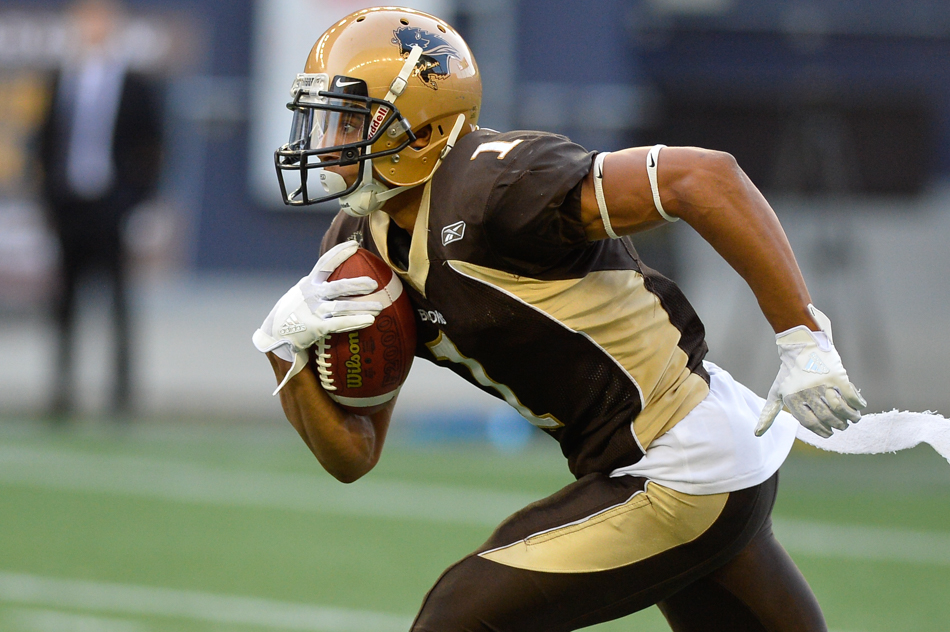 So Ross was faced with a decision heading into 2018. Get surgery ahead of his final season at Manitoba and miss the season, or power through a pivotal campaign.

Ross chose to gut it out, undergoing surgery after Manitoba’s season.

That left him with about four months of rehab before the CFL’s western regional combine in Edmonton. Despite the tight timeframe, Ross stole the show.

An invite to the CFL’s main combine in Toronto followed, and then his name being called in the fifth round of the 2019 CFL Draft by Edmonton.

After injuries limited his 2019 rookie season, Ross made the most of an extended break, impressing throughout Elks training camp this summer. 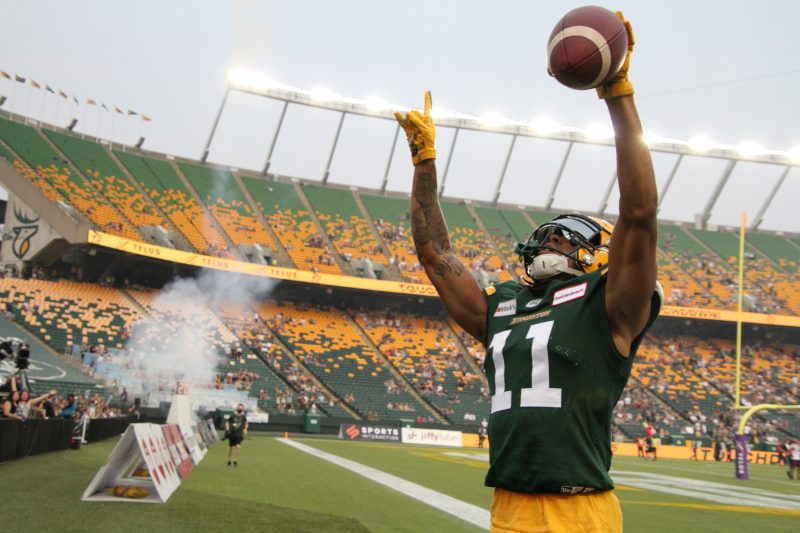 Through seven games, he’s racked up 225 receiving yards and three touchdowns, including his first major Week 1 against Ottawa.

“That first touchdown was special for me,” Ross said. “This is something I’ve been working countless years for. I’ve battled through a ton of adversity, injuries, anything, you can name it, I’ve been through it.”

“That first touchdown was really special to me and my grandma, she passed away five or six years ago, that was something that she always wanted to see. She was my biggest fan and she’d be at every game, so getting that touchdown meant a lot to me. As you saw, I pointed to the sky and that one was definitely for her.”

An emerging part of the Elks offence, Ross will have plenty of support in the stands this Friday when the Green and Gold travel to take on the CFL-leading Bombers.

More than 20 Ross supporters will be in the stands.

“I’m extremely excited. Thinking about this game, it gives me the chills, it gives me goosebumps,” Ross admitted. “It’s just going to be awesome playing in front of my family. They’re my biggest supporters.”

“Even just people in that city, I know they’ll welcome me back regardless of if I’m on the other team, or not. This is something that I’ve been looking forward to even since last season in 2019 after I suffered the injury and wasn’t able to play against them (in Winnipeg).”

“Obviously this year having a much bigger role on the team makes me even that much more excited to get out to Winnipeg and showcase my talents in my hometown.”