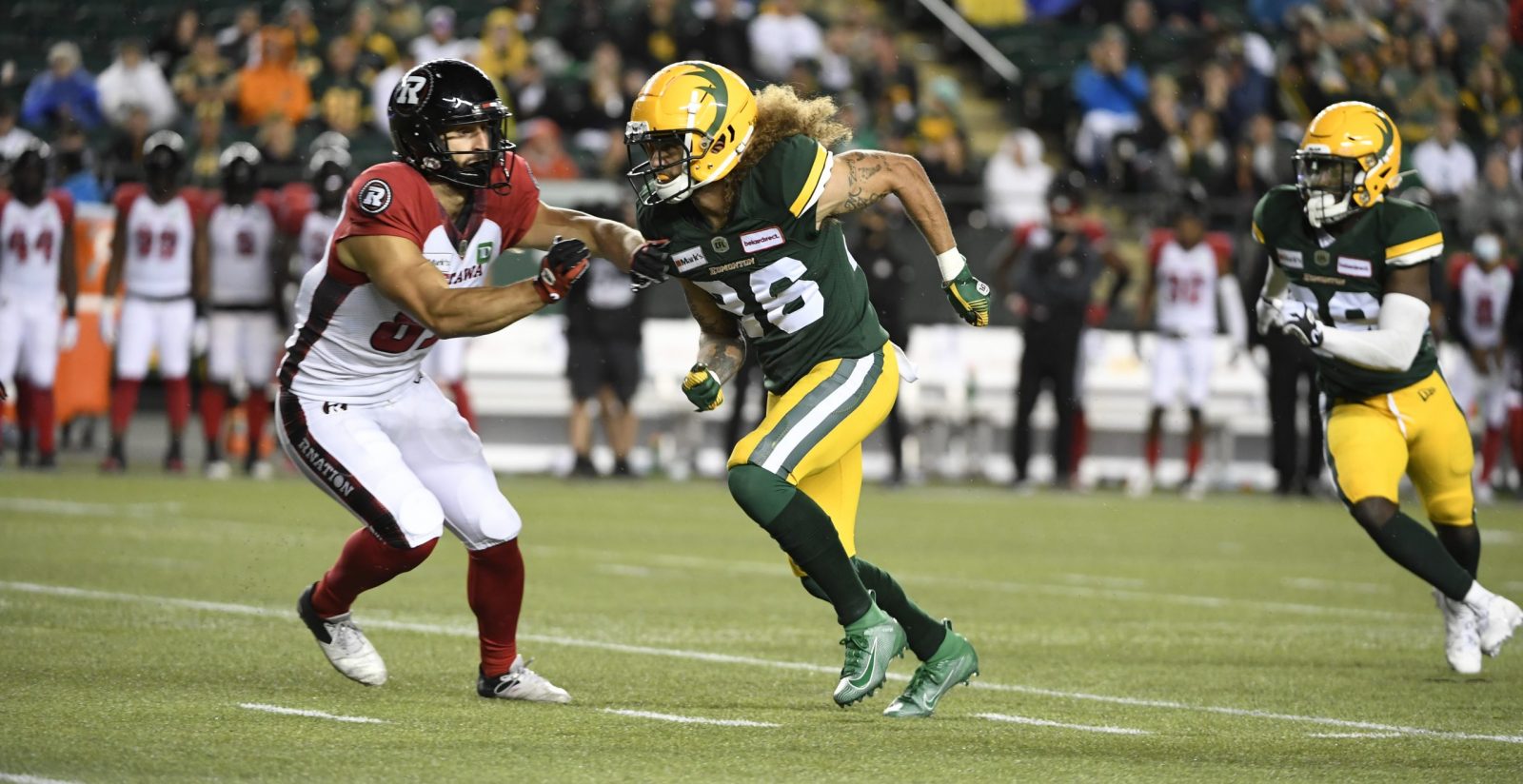 EDMONTON – Time to get out the erasers, as the Edmonton Elks look to make the most of a rematch with the Ottawa RedBlacks.

After a 16-12 opening week loss to Ottawa in Edmonton, this time the Elks get a crack at the RedBlacks on the road, as TD Place Stadium in the nation’s capital plays host to a rare, but not unprecedented Tuesday night game (more on that in By The Numbers).

For a second consecutive week, Taylor Cornelius gets the start at quarterback for the Elks, who are coming off back-to-back losses.

The Oklahoma State product is coming off his first full week of practice at the QB1 spot, and will go head-to-head with Ottawa’s Caleb Evans.

Down both their top two quarterbacks in Matt Nichols and Dominique Davis, who were moved to the six-game injured list, Evans makes his CFL debut.

So despite having just four quarters of CFL football under his belt, Cornelius and the Elks will have more experience under centre than their opposition, as both teams are desperate for a win as the season approaches its midway point. 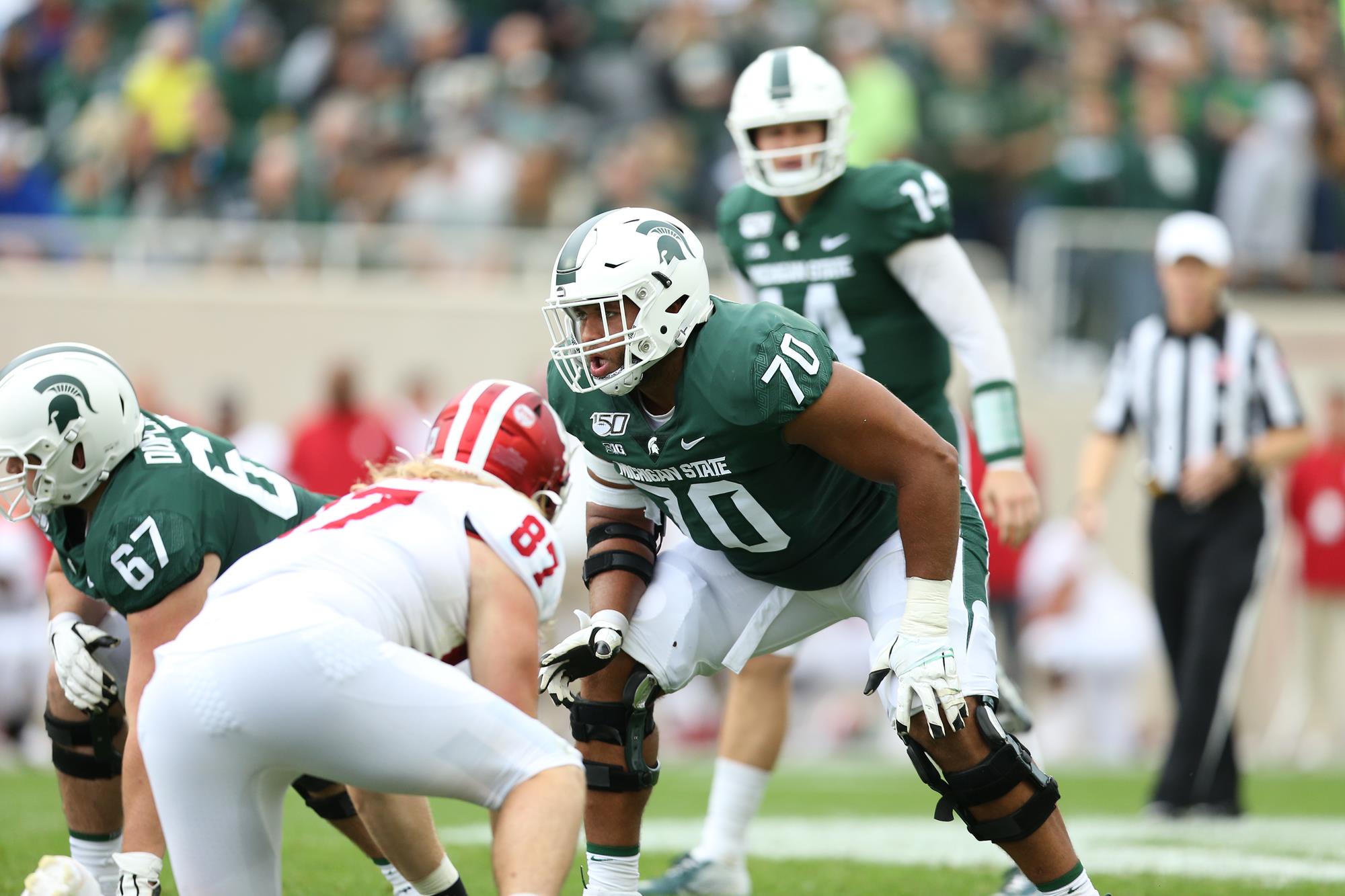 Higby took all the reps at centre during Sunday’s practice, and makes the jump to the active roster for the first time after spending the entire season on the PR.

The 24-year-old spent five seasons at Michigan State (2015-19), redshirting in 2015 before going on to appear in 43 career games, including 30 starts. 21 of those starts came at left guard for the Spartans, while the Houston, Texas native started just two collegiate games at centre (both in 2018 as a junior).

Tuesday night’s game will mark the sixth different starting lineup on the offensive line this season for Edmonton. 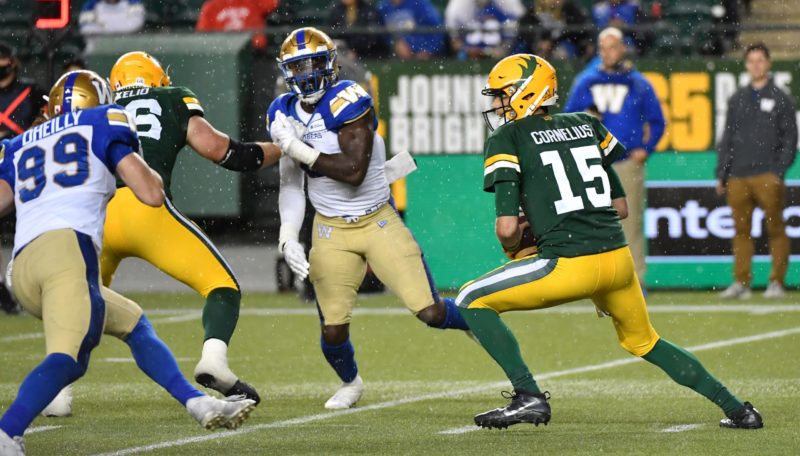 CORNELIUS READY FOR ROUND TWO

Quarterback Taylor Cornelius took all the first team reps during the week, as the CFL rookie was named the starter Day 1 of practice, and will now make his second consecutive start for the Elks.

The Oklahoma State product, whose exchanged a few text messages lately with Sherwood Park product and former OSU teammate turned NFLer Chuba Hubbard, was 19-of-33 vs. the Bombers in his CFL debut Week 7.

Cornelius threw for 243 yards, but had three picks and a fumble in the 37-22 setback to the CFL’s top squad. This time out, he’ll be looking to take advantage of the extra practice reps against an Ottawa team that has given up a CFL-high 179 points against. 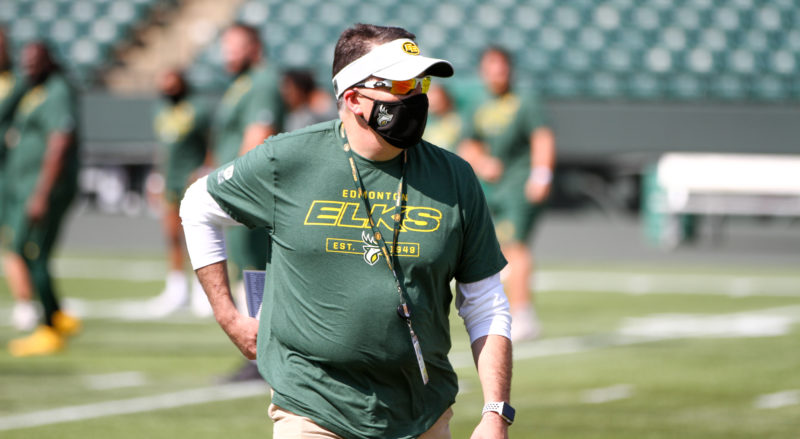 Elks head coach Jaime Elizondo will be back in a stadium that provided plenty of good memories over his four seasons in the nation’s capital.

Ottawa’s offensive co-ordinator between 2016 and 2019, Elizondo helped guide Ottawa to the franchise’s Grey Cup championship in 2016, when they downed the Calgary Stampeders 39-33.

Admittedly, Elizondo will always have a soft spot for Ottawa, given his family ties to the city. There will be a contingent of Elizondo connections in the stands when the Green and Gold head coach patrols the visiting end of TD Place Stadium for the first time, but his supporters won’t be alone.

Joining them in their first trip back to Ottawa will be players Jonathan Rose and SirVincent Rogers. Rose inked with the Elks in January of this year after four seasons in Ottawa (2016-19), while Rogers signed with Edmonton ahead of the 2019 campaign.