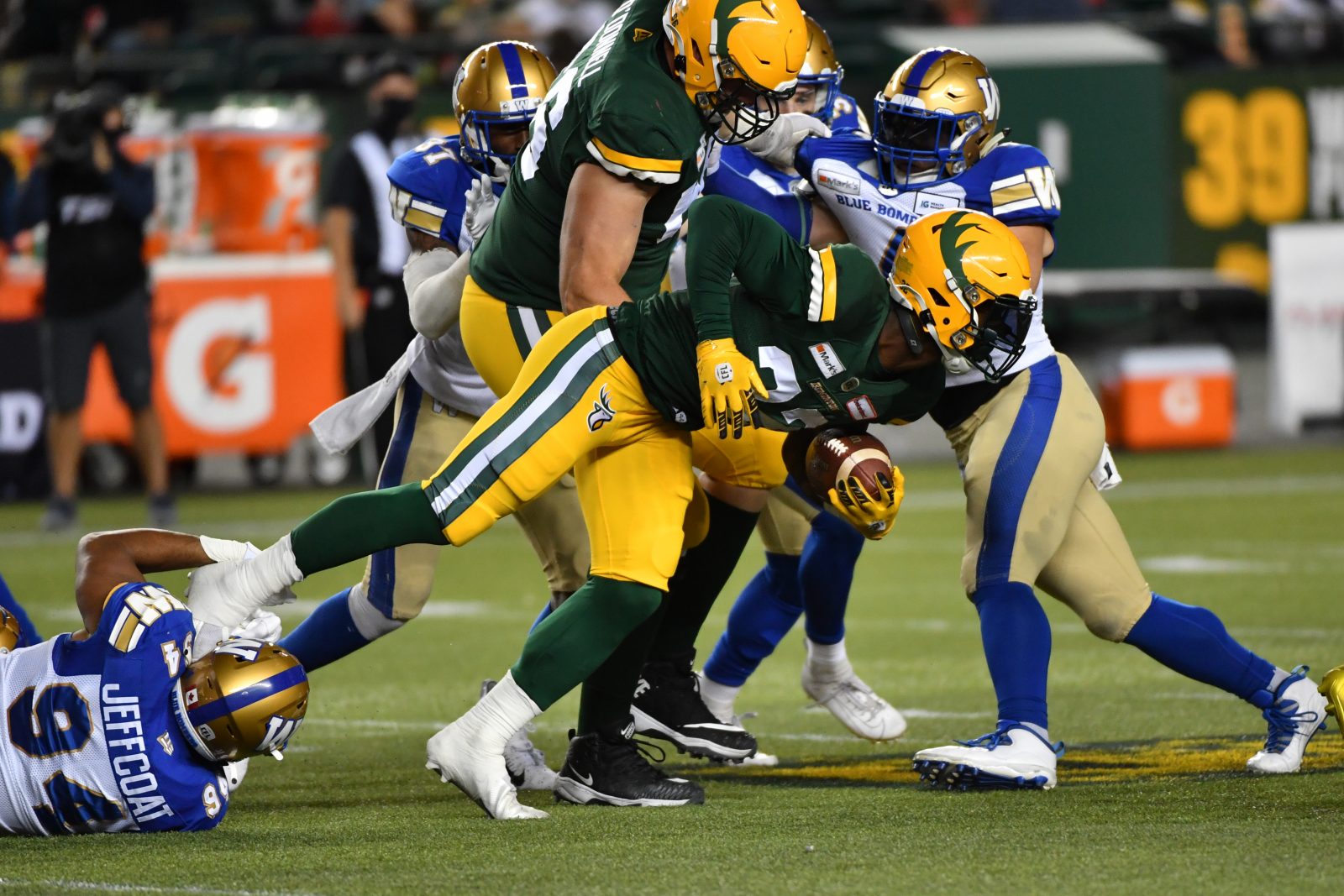 EDMONTON – A pair of defensive touchdowns were the difference Saturday night, as the host Edmonton Elks couldn’t overcome a few costly miscues, falling 37-22 to the Winnipeg Blue at The Brick Field at Commonwealth Stadium.

Much like Edmonton’s season through six games, it was an up and down night for the Elks, who held a 16-15 lead early in the third quarter after James Wilder Jr. scored the second of two touchdowns on the night.

That major, however, proved to be the lone time the Elks would have the edge on the Bombers, who retook the lead just over four minutes later, as DeAundre Alford took a Taylor Cornelius pass back 20 yards for the major.

Saturday’s contest is the first of three this season between the Green and Gold and Bombers, who will meet back-to-back weeks with games on October 8 in Winnipeg, before returning to Edmonton on October 15.

Adam Bighill’s three-yard fumble return for a touchdown proved to be the biggest blow to the Elks hopes of securing their first home win of the season, as the veteran Winnipeg defender’s score was the second consecutive major by the Bombers defence.

Jackson Jeffcoat forced the the Cornelius fumble deep inside Edmonton territory in the waning moments of the third quarter, as the visitors went into the fourth quarter with a 30-19 lead.

Adam Bighill scoops up the loose ball and makes his way into the end zone to extend Winnipeg’s lead! pic.twitter.com/g8ASECKGgC

As he has been all season, James Wilder Jr. was a key offensive weapon for the Elks, registering 71 rushing yards and 30 yards through the air.

The renaissance man, who heads into Edmonton’s bye week leading the CFL in rushing with 499 yards, found the end zone for the first time of the season early in the second quarter to get the Green and Gold on the board with a nine-yard rumble. 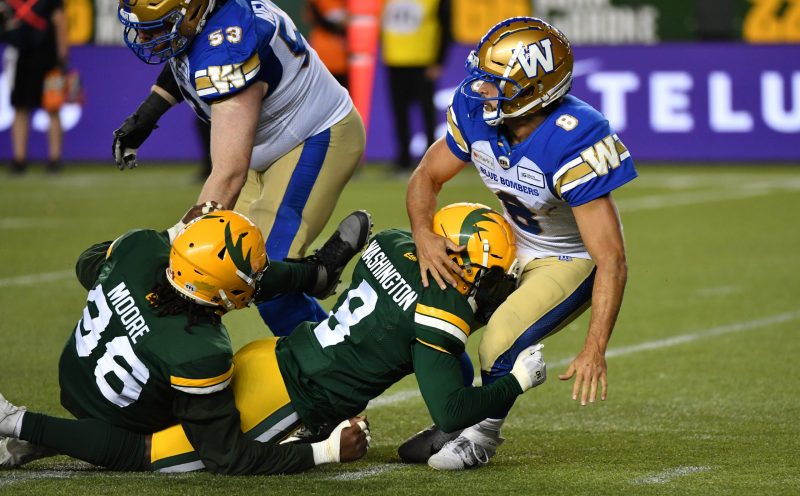 Trumaine Washington made it back-to-back weeks with an interception, as the Elks defensive back made a terrific pick late in the first quarter.

The turnover in Edmonton’s end zone snuffed out a promising drive for the Bombers, who to that point had moved the ball with ease on the Elks. It proved to be a spark for the Edmonton defence, who had yielded TDs to Darvin Adams and Nic Demski before Washington’s big play.

Rookie defensive lineman Christian Rector made his presence felt on the night, recording a forced fumble and recovery off his first career sack.

The turnover deep inside Winnipeg territory setup Wilder Jr.’s first touchdown of the night, as the USC product heads into Edmonton’s bye week after making the most of his third CFL game.

Edmonton has an abbreviated Week 8 bye, before returning to action on Tuesday, September 28 when the Elks travel to the nation’s capital for a clash with the Ottawa RedBlacks. Kickoff is 5:30 p.m. MT (7:30 p.m. ET).