Cornelius hopes to make the most out of his opportunity

Cornelius hopes to make the most out of his opportunity

The conversation between head coach Jaime Elizondo and quarterback Taylor Cornelius didn’t go down exactly like that after QB Trevor Harris was forced to leave practice on Wednesday due to a lingering neck injury, but the sentiment is now currently a reality.

“As backup quarterback you never know. It could be during a game. I’m thankful enough it happened middle of the week where I was able to get a practice under my belt,” Cornelius said. “What happened to Trevor is unfortunate but around here it’s next man up.”

On a personal level, the timing couldn’t have worked out better for the freshly minted 26-year-old — Cornelius’s dad and girlfriend were already going to be at The Brick Field for the game. Now they’ll get to watch the Amarillo, Texas native make his first career CFL start.

Cornelius enters the lineup with plenty of QB support on the Elks side, while the Bombers counter with arguably the most QB unfriendly defensive side in the CFL. The rookie takes the field behind an offensive line that sees a returning CFL’s Most Outstanding Offensive Lineman in SirVincent Rogers protecting his blindside, flanked by perennial 1,000 yard receivers Derel Walker and Greg Ellingson, and CFL leading rusher James Wilder Jr. behind him.

Across the line of scrimmage he’ll have to contend with DL Willie Jefferson, someone who you can basically pencil in as the CFL’s most outstanding defensive player until someone determines otherwise. Throw in DL Jackson Jeffcoat and LB Adam Bighill and you have a trio of defensive players that can give an offensive co-ordinator fits. The man that will try to keep the Bombers’ defence guessing has high expectations for his big armed signal caller.

“It’s always a challenge especially against a defence like this,” said Elizondo. “I fully expect (Taylor) to be composed, tough and he’s going to make some throws into some windows that we haven’t seen before.”

Cornelius however, is no stranger to making the most of his opportunities. 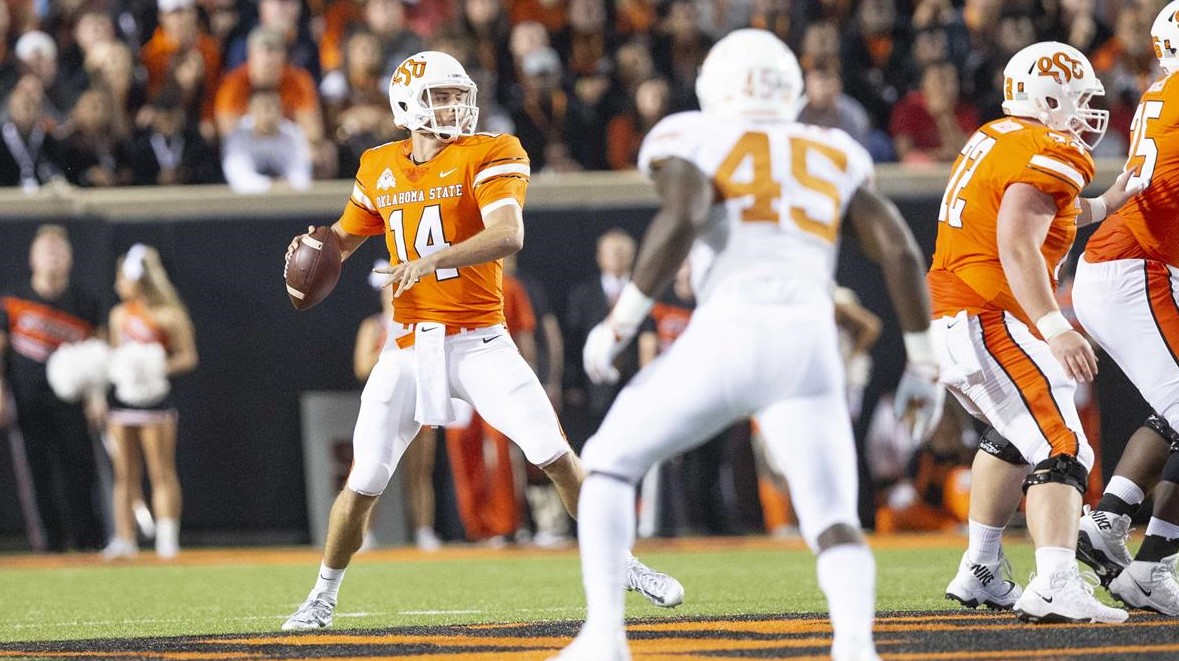 A walk-on with the Oklahoma State Cowboys, Cornelius had to bide his time behind future NFLer Mason Rudolph before finally earning the starting job as a senior in 2018. From there, the Texas native took the ball and passed with it. His 42 total TDs in 2018 as a senior are tied for the second highest single-season total at OSU with legendary running back Barry Sanders.

Specifically, his eye popping performance in his home state flashed Cornelius’s big game ability. In front of 55,509 rabid Longhorns fans, Cornelius tossed for 321 yards, three touchdowns, and added another on the ground to knock off the then No. 6-ranked University of Texas Longhorns.

“He’s played extremely well in big games,” said general manager Brock Sunderland. “None of us feel like he’s going to go out and feel like this is too big for him.”

Even in the short lived XFL, Cornelius had to earn his stripes. He started Week 1 as the third string quarterback behind Aaron Murray and Quinton Flowers, but quickly found himself the keys to the Tampa Bay Vipers offence. It was late in the XFL’s abbreviated season he found a rapport with then XFL offensive co-ordinator and now CFL head coach Jaime Elizondo.

“Having called a game with him, it’s a comfort knowing we’ve been through that,” said Elizondo.

With the Vipers, Cornelius completed 63 per cent of his passes, for 858 yards and four touchdowns in five starts. He also added 114 yards and three touchdowns on the ground. The team’s offence took off when Elizondo began calling plays with Cornelius as his pivot, as the tandem averaged 29 points a game. The experience together made it a “no-brainer” for Cornelius when the Elks came calling.

“I told Brock that we need to look at this guy, I really like him,” said Elizondo.

Green and Gold just seems to come easy to Cornelius. He grew up idolizing Brett Favre and Aaron Rodgers of the Green Bay Packers, a team he would eventually join for off-season mini-camps. He has since donned the colours for both the Elks and the Vipers. Brock Sunderland and Jaime Elizondo hope he will be wearing it for the foreseeable future.

“Taylor we brought up here originally to not only win the backup position, but we felt he was good enough to be the eventual replacement for Trevor Harris,” said Elizondo.

In football it’s always the next man up. The CFL has seen it as the old guard of upper echelon CFL QB’s all reside on the other side of 30-years old: Trevor Harris (35),  Michael Reilly (37), Bo Levi Mitchell (31), Matt Nichols (34), Zach Collaros (33). No matter who you have behind center, who’s next always comes into play.

“No one knows who Tom Brady is until Drew Bledsoe goes down, I’m not putting him in that category but you have backup quarterbacks for a reason,” said GM/VP Brock Sunderland. “Sometimes you don’t know the true talent to until they’re put into these situations.” 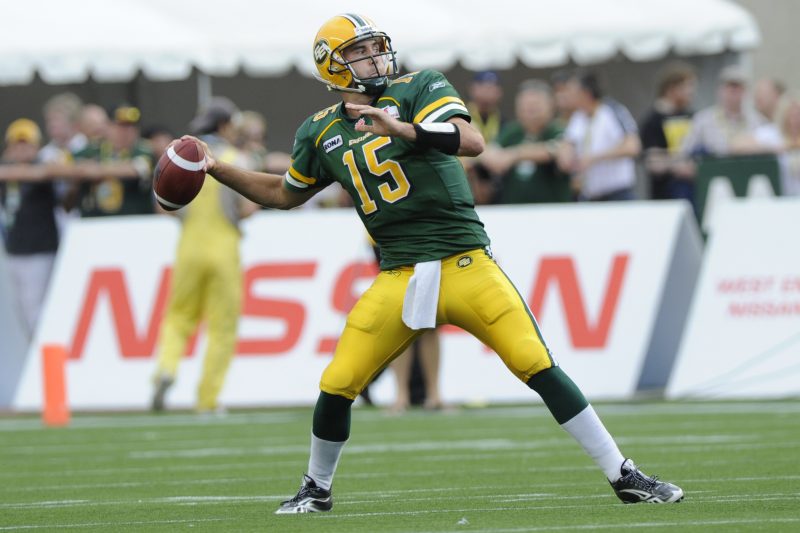 In 2002, the then unknown commodity of Ricky Ray made his debut for the Green and Gold, wearing the same No. 15 Cornelius currently dons. Time will tell if any parallels can be made to Cornelius’s first career start, but he said he knows a good way to get the ball rolling.

“Obviously he is a hall-of-famer and I’m no where close to Ricky and the things he’s done for this organization. It would be great to go out and just get a win.”