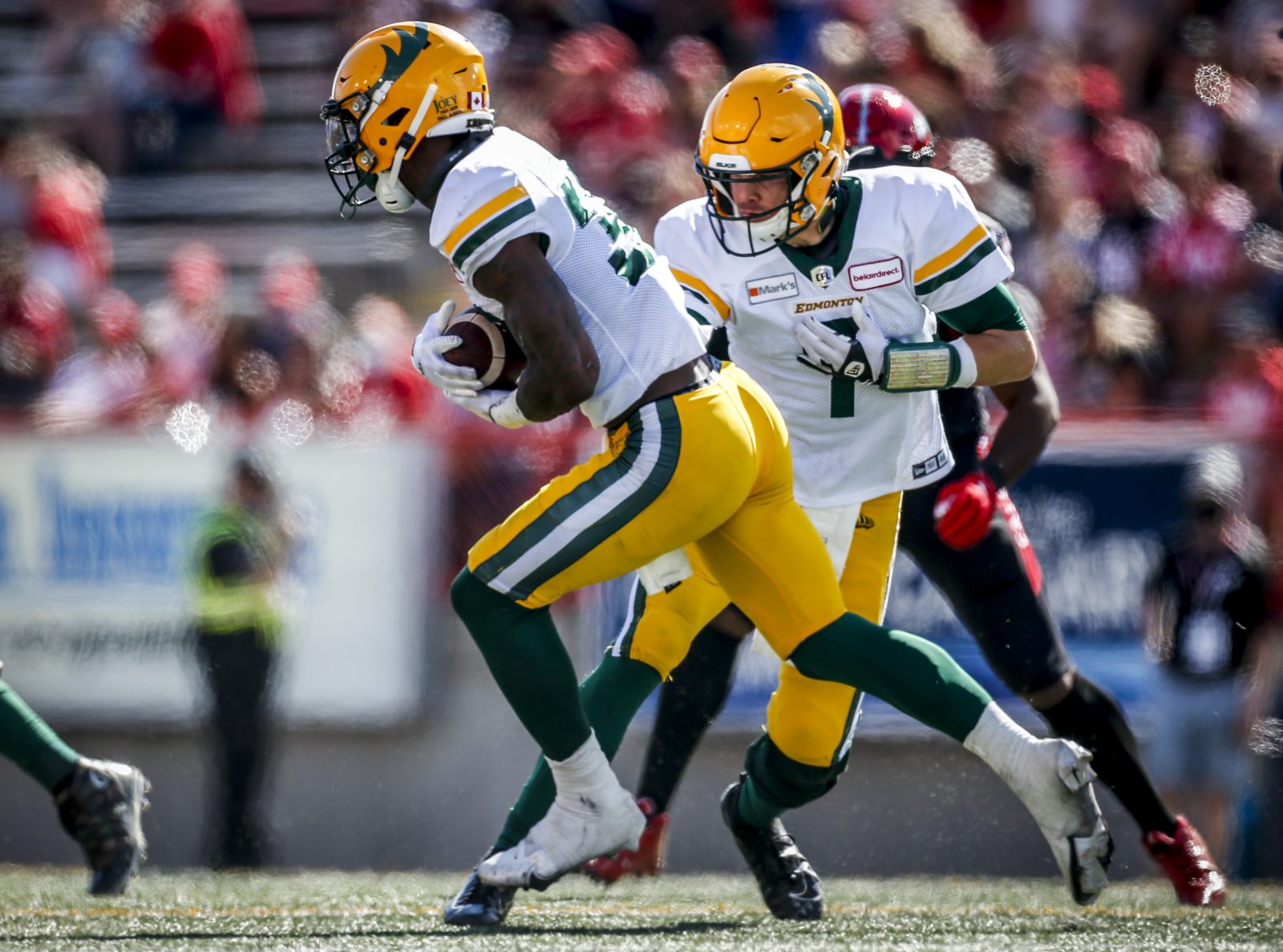 CALGARY – The Labour Day drought is officially over.

Nearly a decade to the day the Elks have won their first game in Calgary on the Labour Day Classic since 2011.

“This is the standard that we expect,” said head coach Jaime Elizondo. “This is what we’re supposed to be about. I couldn’t be more proud of this team.”

The win brought the Elks record to an even 2-2 ahead of their rematch contest against Calgary on Saturday, September 11 . While the Labour Day victory helps remove the proverbial monkey off the back, a huge win against a Western Division opponent looms even larger.

Elks quarterback Trevor Harris was sharpest we’ve seen this season with a season high 398 passing yards and a quartet of passing touchdowns. Most importantly, Harris committed zero turnovers as he picked apart the Stampeders defence.

“Anytime you play this position you open yourself up for criticism,” Harris said. “We needed to play with a bit more of an edge and I tried to bring that to practice and to preparation (this week).”

There are several candidates for the turning point of the game, but Mike Jones’s 51-yard touchdown grab late in the fourth quarter helped put to bed a Stamps team that has managed to turn deficits into defeats over the last decade of Labour Days.

Harris with 💣 to Mike Jones and the @elks make it a two-score game late!

The play wasn’t a part of the Elks game plan until late, and it was an unlikely source who helped mastermind the finishing strike.

“Shout out to Greg Ellingson who called the play,” said Mike Jones. “We saw that they were jumping the bubble routes so Greg drew up the play on the sidelines… the rest is history.”

Jones’s 107-yards receiving set a season high for the Toronto, ON product.

Harris was dynamite in Calgary after what can only be described as a tumultuous week or so prior to the game. Harris spread the ball around to seven different targets — while tossing four touchdowns each to different receivers. 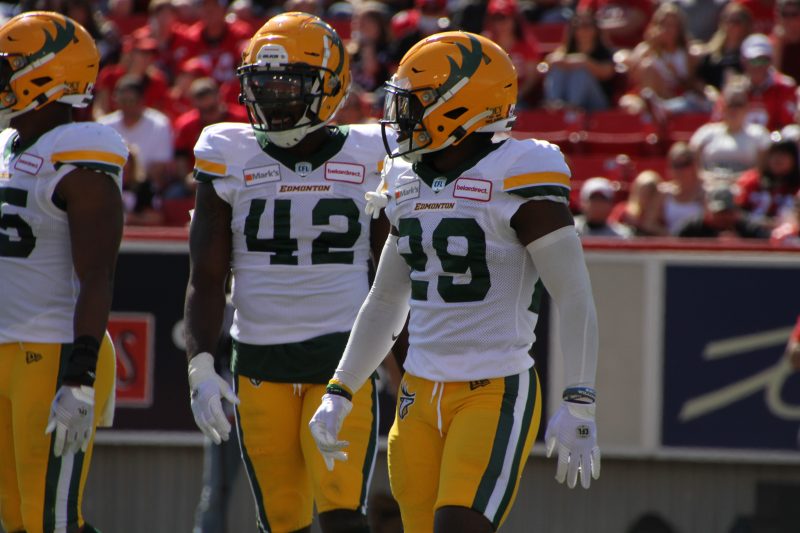 Williams was all over the field on Monday, racking up seven tackles — more than doubling his career total. The Carson-Newman product is quickly showing his speed and versatility for the Elks, having suited up at defensive back and SAM linebacker so far this season.

Thrust into the line-up following COVID protocol related absences, rookie wide outs Earnest Edwards and Jalen Tolliver showed why the club likes it’s depth at the position. The duo combined for eight receptions for 104 yards, with both Edwards and Tolliver recording their first CFL touchdown.

The Labour Day Rematch! The Elks will welcome the Stampeders to town on Saturday, September 11 (5:00 p.m.) looking to sweep the season series against their Alberta rivals. Kids get in FREE for the game. Tickets/details can be found here.