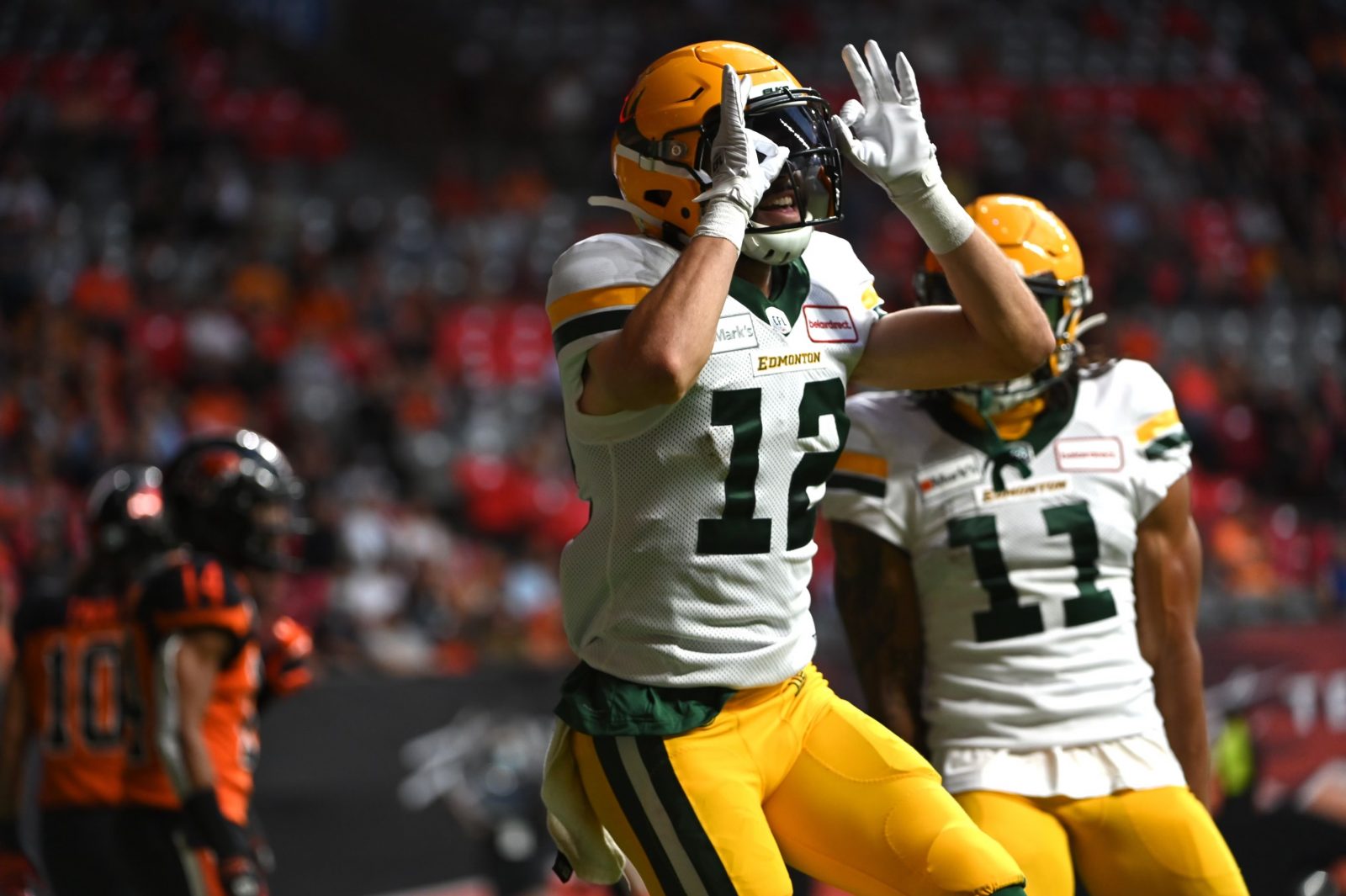 VANCOUVER – With their eyes on the win column, the Edmonton Elks didn’t disappoint Thursday night on the West Coast.

Some big individual offensive performances, coupled with another strong defensive effort, landed Edmonton a well-rounded 21-16 win over the B.C. Lions at BC Place Stadium and the club’s first victory of this still young CFL season.

The win snapped Edmonton’s two-game losing streak to the start the season, and pulled the Elks into an early season tie for third in the CFL’s West Division with the Lions, who fell to 1-2 on the season.

A rekindled connection between quarterback Trevor Harris and receiver Greg Ellingson – plus another monster night from James Wilder Jr. – helped Edmonton extend their winning streak against the Lions to four games, earning Jaime Elizondo his first CFL head coaching win in the process.

Harris and Ellingson combined for 148 of Harris’ 296 passing yards, while Wilder Jr. rushed for 127 yards and hauled in another 33 yards through the air to continue his strong form in Green and Gold.

The Elks’ second touchdown of the season and lone of the night came early in the second quarter, as Harris guided the offence on a seven play, 108-yard touchdown drive that culminated with Jones hauling in a 10-yard score.

It was a statement drive for Edmonton, as Ellingson’s 37-yard reception got the Elks out of tough field position, and helped set the table for Jones to cap the drive with his first touchdown as an Elk.

The Elks cap a 108-yard drive with a touchdown to take the lead in the second quarter! pic.twitter.com/kWAapS4DI0

Ellingson was clutch all night for the Elks, posting his highest single-game receiving yards total since August 16, 2019 when he posted 170 against Toronto. The second-year Elk’s biggest play of the night was his 37-yarder secured on Edmonton’s 108-yard drive in the second quarter.

The CFL’s leading rusher didn’t disappoint, rushing for 127 yards on 22 carries and adding another 33 yards on four catches. Wilder Jr. was particularly clutch late in the game, helping the Elks melt away the clock on the final drive of the game. He now sits with 301 rushing yards on the season.

Sean Whyte moved past Green and Gold legend Jackie Parker for third all-time on the franchise’s scoring list. Whyte’s 52-yard boot off the bar in the first half pushed the White Rock, B.C. product past Parker’s 677 total (Whyte has 688). In front of family and friends, Whyte also surpassed 1,500 career CFL points (1,503) thanks to his 13-point performance.