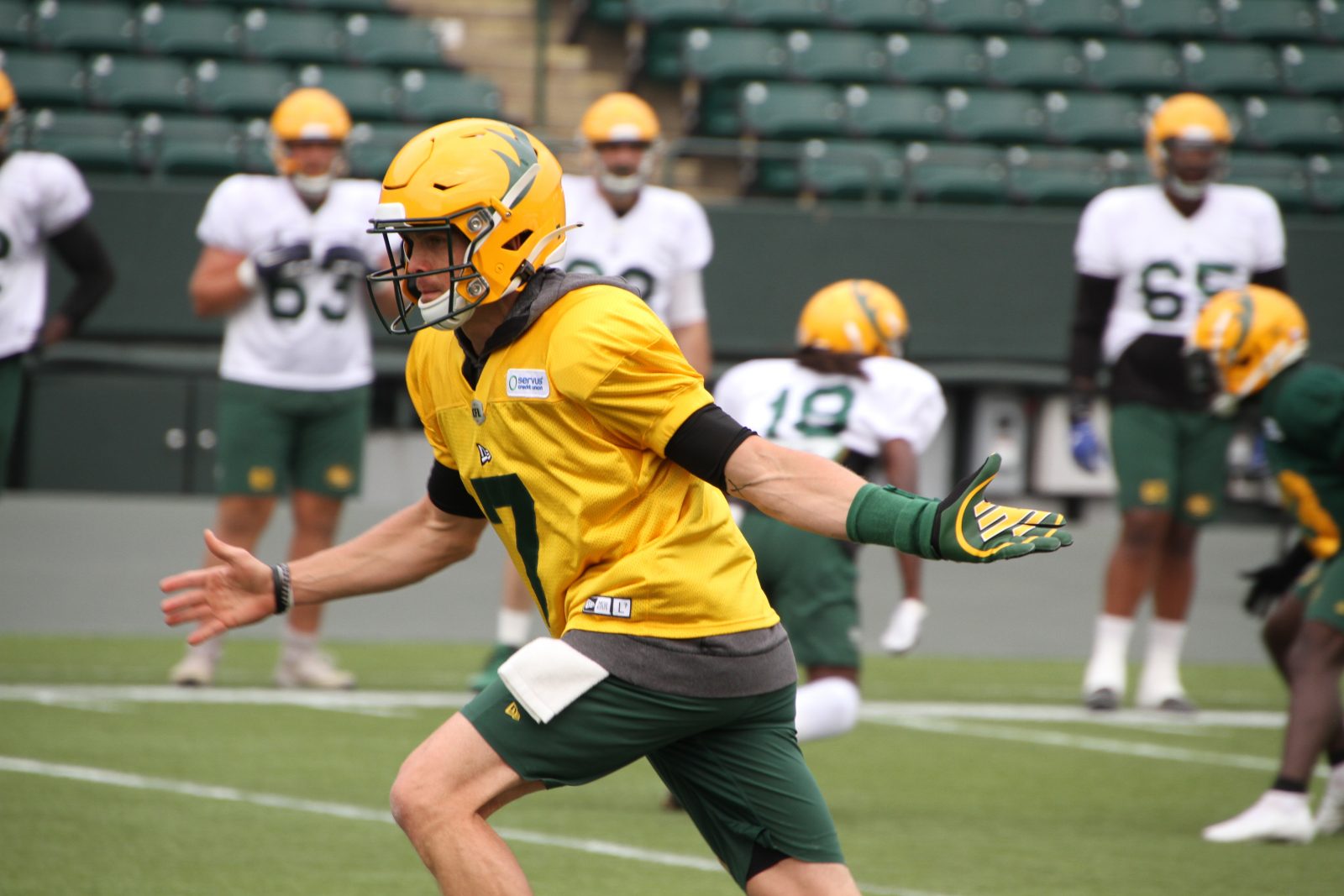 EDMONTON – A new era of Edmonton football opens Saturday, as the Elks welcome the Ottawa RedBlacks to The Brick Field at Commonwealth Stadium.

The contest isn’t just the first football action in the Alberta capital since October 26, 2019, but also the start of the Elks moniker in the CFL.

While it seems like ancient history now, Edmonton is coming off a trip to the Eastern Final in 2019, when the club earned a crossover berth in the CFL playoffs. After an 8-10 regular season and win over Montreal in the division semis, a loss to the Hamilton Tiger-Cats spelled the end for the Green and Gold’s 2019 campaign.

Meanwhile on the Ottawa side of things, there’s plenty of new pieces in the nation’s capital, after the club went 3-15 in 2019. Among the new faces is head coach Paul LaPolice, who joined the club after guiding Winnipeg’s offence to a Grey Cup championship in 2019. 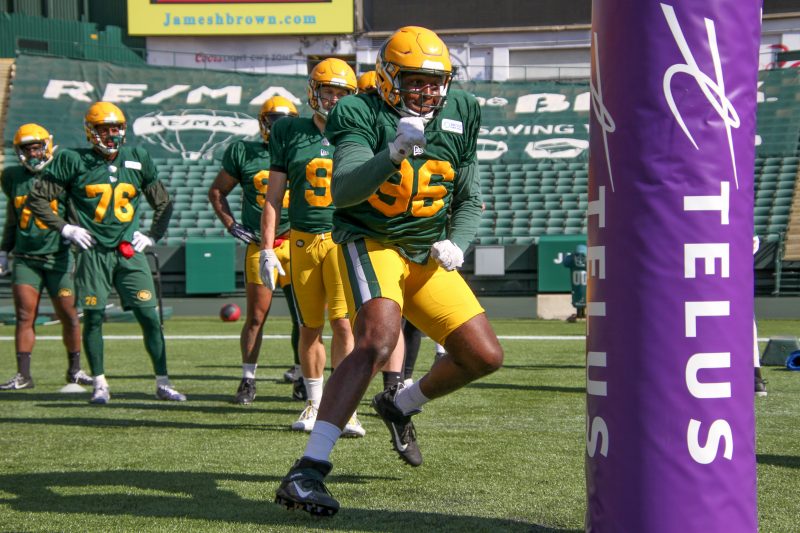 After COVID-19 protocols disrupted  preparation on Friday, the Green and Gold are set to take the field against the Ottawa RedBlacks in Edmonton’s 72nd season opener.

The Elks come into the contest with lots of changes since the last time the club stepped on the field for the Eastern Final against the Hamilton Tiger-Cats in November of 2019.

On offence, the line represents the team’s greatest area of continuity. Jacob Ruby, David Beard, and Matt O’Donnell are all back as starters to open 2021. Add the familiar duo of Greg Ellingson and Trevor Harris and you have one of the CFL’s most dynamic quarterback-receiver combos in the CFL.

Two veteran legs anchor the Elks special teams, with punter Hugh O’Neill and kicker Sean Whyte back for their fifth and sixth seasons in Green and Gold respectively. 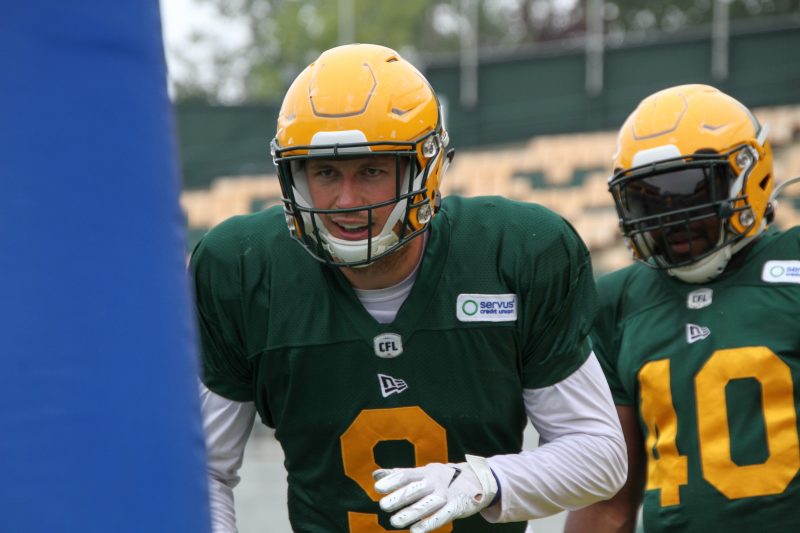 With change comes opportunity, including for several Canadians who are looking to make an even bigger impact this season.

Ross, of Oreo dunking fame, gets the start Week 1 after impressing with his speed and overall athletic ability. The University of Manitoba product and former Canada West all-star at returner has all the makings of a big play threat.

Defensively, Betts blossomed in training camp. The former U SPORTS Male Athlete of the Year is one half of Edmonton’s all-Canadian defensive end combo along with Boateng. 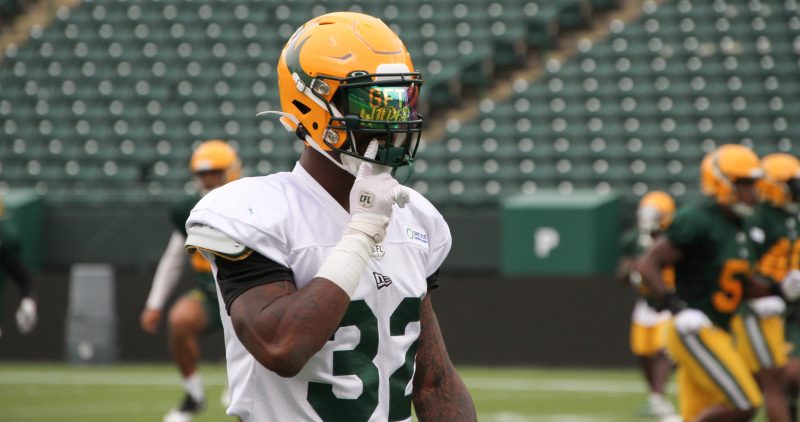 Jaime Elizondo makes his CFL coaching debut against an Ottawa team he spent four seasons with (2016-19).

The former RedBlacks offensive co-ordinator and quarterbacks coach is the 23rd head coach in Edmonton franchise history and just the second to take the helm during a 14-game season (more on that tidbit in BY THE NUMBERS).

Elizondo and the rest of his coaching staff have emphasized W.I.N. – what’s important now – with the club this season.

For Edmonton, one of the things that will surely be important right away is establishing running back James Wilder Jr.