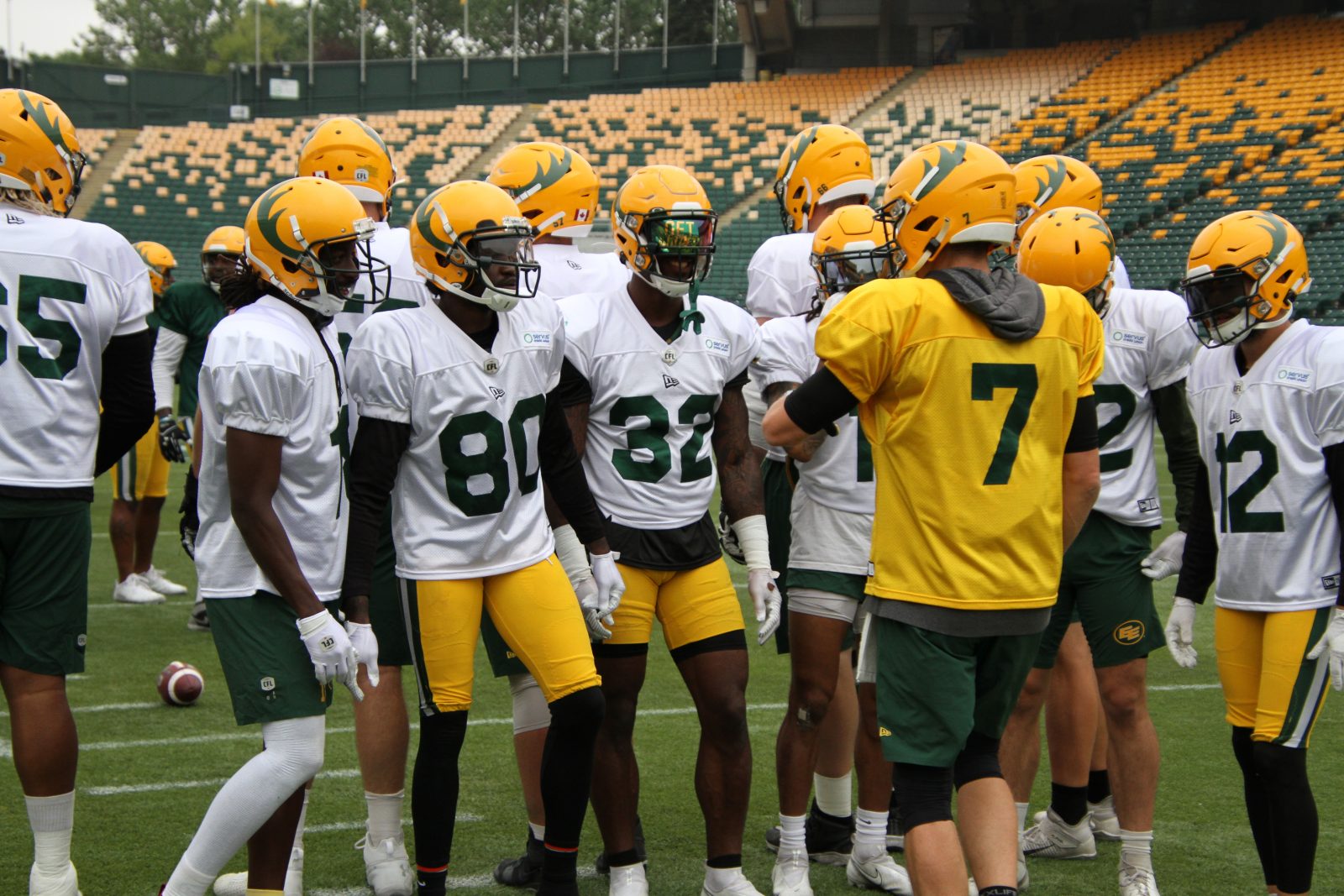 Settling back into a routine outdoors, the Edmonton Elks hit The Brick Field at Commonwealth Stadium on Wednesday.

It was the Green and Gold’s second consecutive day working through practice on a full gridiron ahead of Thursday’s scheduled regeneration day.

Keep reading, as we look at another day of camp and continue to countdown the days until August 7th and the home opener against Ottawa (just don’t tell Trevor Harris we told you to look ahead, but more on that below).

James Wilder Jr. was one of the topics of discussion Wednesday at camp.

And for all the right reasons.

The veteran running back drew praise from head coach Jaime Elizondo, who sees the CFL’s 2017 Most Outstanding Rookie as an all-around package out of the backfield.

“I think James brings a lot of dimensions to us, it’s not just a running threat. He’s great in pass (protection),” Elizondo pointed out.

“He’s an all-down back and can be very versatile for us in a lot of different ways.”

Wilder Jr. has certainly impressed on film through training camp, as the Florida State product has been buzzing. His high motor and drive to be around the ball takes Elizondo back to his early days in the CFL with the Montreal Alouettes.

“Avon Cobourne was that example,” Elizondo said of  the former Als star, who was someone that couldn’t be missed on film. “You would see him on a fake handoff this way, and then you’d just see this guy shooting across the screen at full speed and you would just notice him.”

“It makes it easier as a coach when you have a couple of guys doing that, because it sets the standard and that’s what James has been doing.” 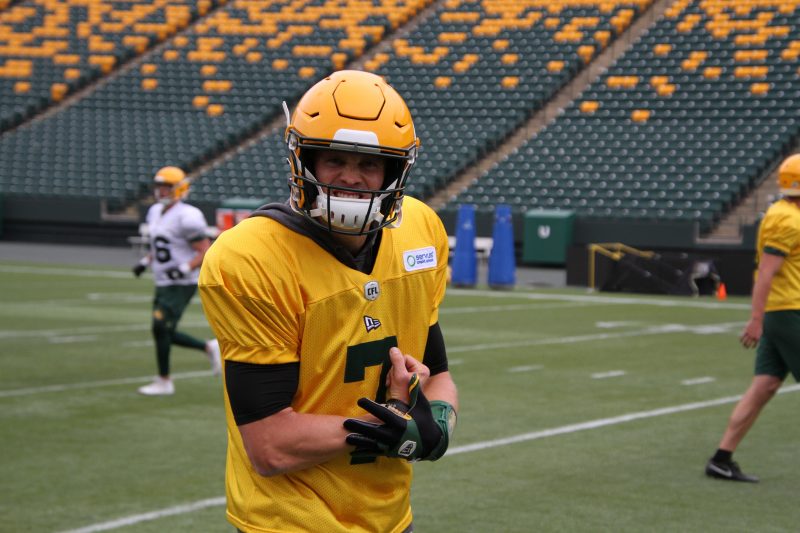 That includes the players, who have gone far too long without hitting the gridiron with a win on the line.

But with more than two weeks separating the Green and Gold from a date with the Ottawa RedBlacks, there’s simply too much work ahead to be thinking about opening night.

“Staying in the moment is really I think where we’re at right now,” Harris pointed out.

“Somebody said ’17 days until game one.’ I was like, ‘yeah, but 10 minutes until walkthrough, so let’s just stay here, let’s focus on that, because we can’t win game one today, but we can have a good day and get better as a team today.'”

For more from Harris, click here for his full media availability.

It may not be on the welcome signs anymore, but it’s certainly how Vontae Diggs wants Edmonton to be known, thanks in part to the Elks defence.

“Our identity will always be the same. I think that’s for every team in Edmonton and that’s the City of Champions,” Diggs said when asked about the identity of the 2021 Green and Gold.

“We’re here to win a Grey Cup and I can tell you right now, that’ll be our identity right there. You’re going to see a hungry team, a thirsty team, a team that’s ready to go, go, go, go.”

Always energetic, Diggs is a vocal leader on a defence that also features Nyles Morgan at linebacker.

You can hear more about Diggs’ special relationship with Morgan by watching his full media availability above.