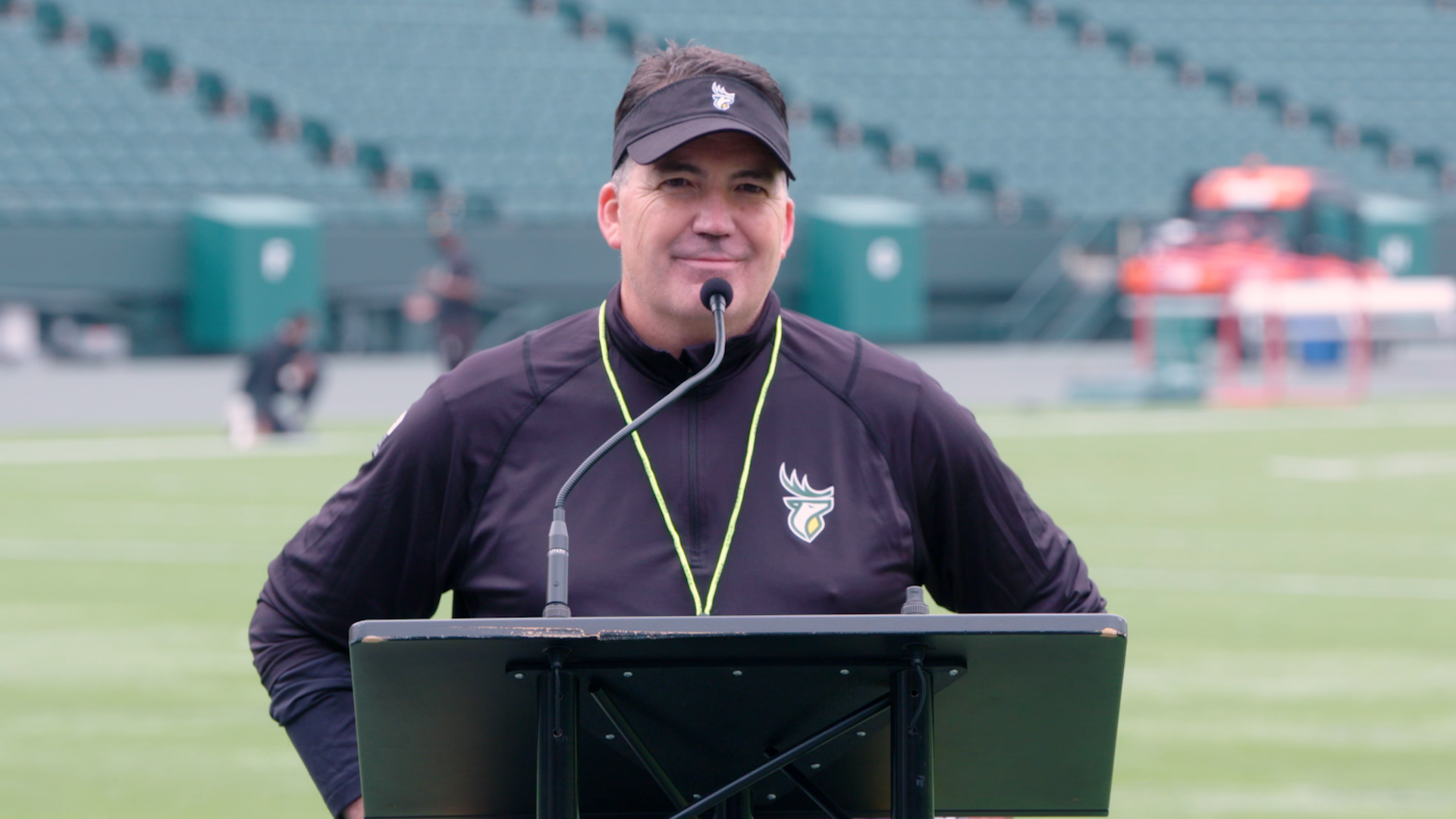 It was back to the great outdoors Tuesday at Edmonton Elks camp, as the team returned to The Brick Field at Commonwealth Stadium.

Tuesday was also the first time the club held their media availability in-person – albeit masked and from a distance – as another small sign of normalcy returned to the gridiron. 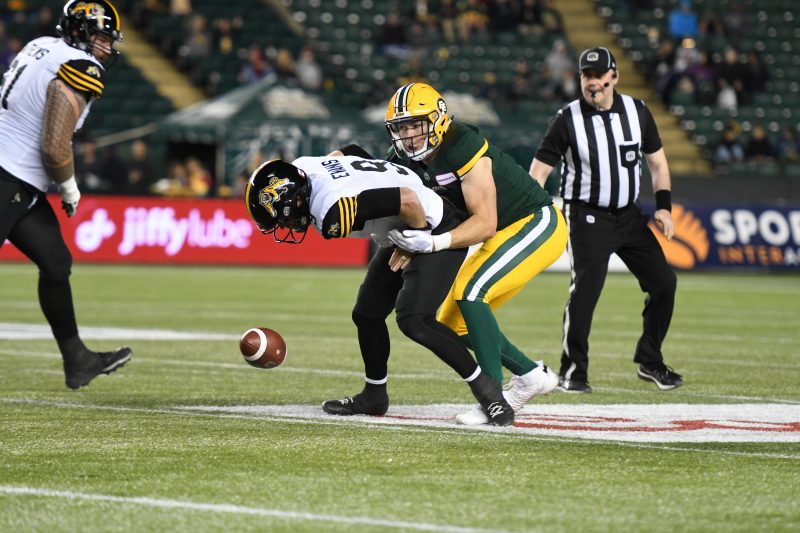 The Laval product, who was taken 3rd overall by Edmonton in the 2019 CFL Draft, has certainly stood out during camp.

“One of the fundamental principles we want to be based on defensively is our chase, our pursuit,” Elizondo explained. “As a team we want to run to the ball better than any other team.”

“Betts sets that standard everyday. All you’ve got to do is watch practice and that guy’s going 100 miles an hour.”

A star out of the Canadian university ranks, Betts is continuing to evolve his technique off the edge, establishing himself as a leader on the defensive side of the ball.

“The players that explode on one play but not on the next, Betts is exactly the opposite of that. He shows up to work every day, giving great effort,” Elizondo pointed out.

“He’s a tone-setter and that’s what you need on defence.”

To hear more from Elizondo, who debuted the first visor in Elks history, click here.

CONFIDENT AND IN CONTROL

Betts, who came into camp lighter than he was during the 2019 season, is part of a defensive line that features an explosive one-two Canadian punch along with Kwaku Boateng.

The pair are going to be key to any success this season for the Elks, as the young Canadians are expected to be amongst the best homegrown talent in the league this season.

“For me it was just coming here more confident in what I could, what I could bring to the team,” Betts said of his approach entering his second pro season. “I think anybody who’s in this building right now, they deserve a chance to be here. The same thing goes with me.”

“I’m just out here trying to do the best possible. Maybe mindset wise not getting too caught (up) with pro football, just try to have some fun the way I always did it when I was a little kid playing football. That’s just the attitude I want to bring to the team.”

The Notre Dame product, who spent four years with the Fighting Irish between 2014 and 2017, is doing his best to adjust to the nuances (and speed) of the CFL.

“I’ve been enjoying myself learning the new defence and also the new game,” Morgan said. “With 12 people out there and guys able to move around, fly around just the way that they do, it’s been a lot of fun getting my eyes working faster, and even faster.”

For Morgan, it’s adjusting how quickly he sees something and then adjusting that’s been the most noticeable difference.

“I’ve had to get my eyes a lot sharper, a lot faster. They’ve got guys moving five yards back, timing up the cadence and rolling. Sometimes we’ve got to cover those guys as well as linebackers,” Morgan pointed out.

“I think that’s probably the biggest adjustment – getting used to the speed.”