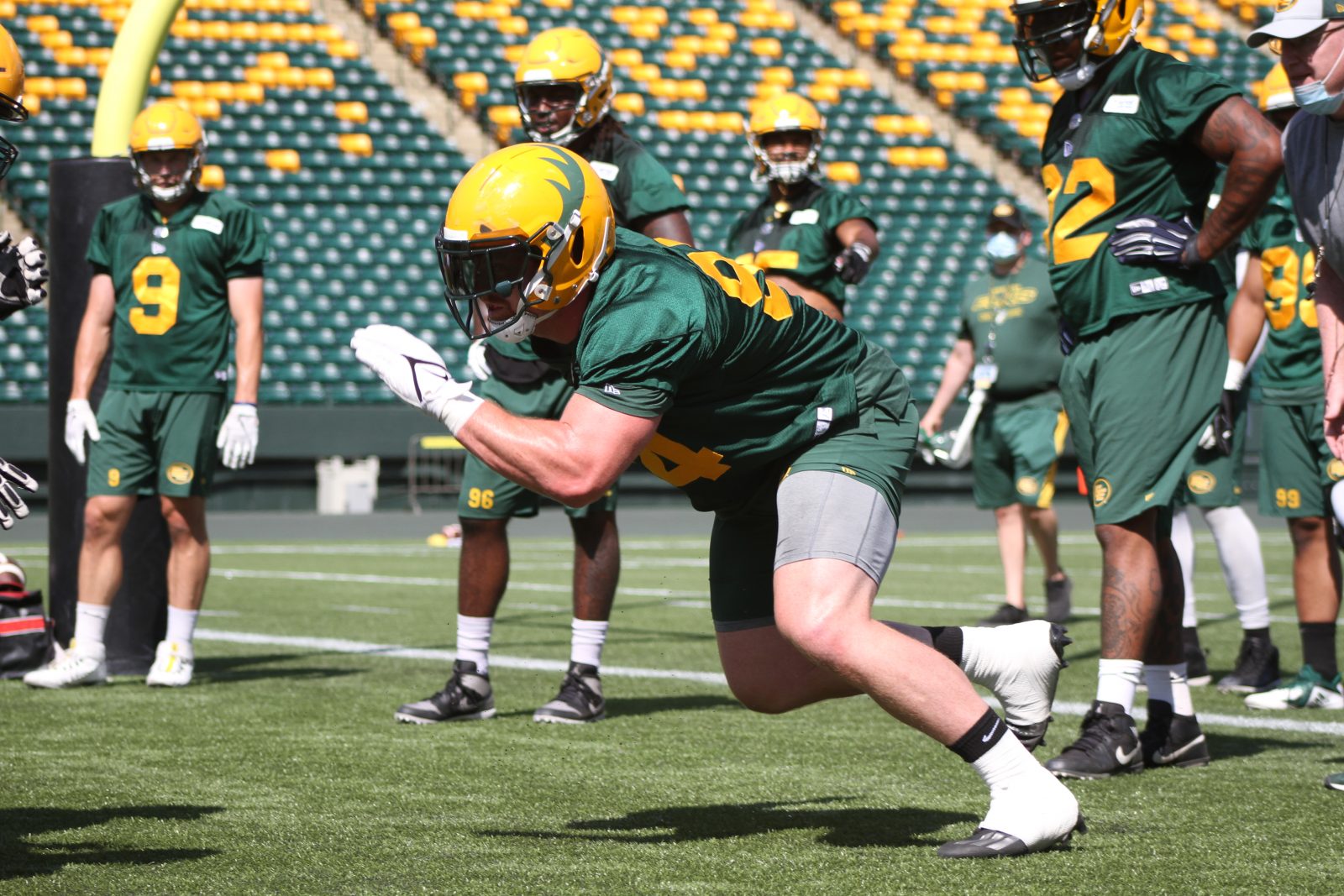 It was another energized day of football at The Brick Field at Commonwealth Stadium, as the Edmonton Elks were back on the turf Monday for their second practice day of training camp.

While the focus was largely on the offence Sunday, this time it was the defence that was noticeably locked in Monday.

NOEL ON THE RIGHT SIDE NOW

Sunday featured plenty of post-practice chatter about how good Trevor Harris looked coming into camp, along with the plethora of receiving options at his disposal.

But Monday it was about defensive coordinator Noel Thorpe’s unit, who won the territorial battle against the offence.

Head coach Jaime Elizondo knows all too well what a Thorpe coached unit can accomplish, dating back to the pair’s battles in the East Division with Ottawa and Montreal respectively.

“Our relationship started as a love-hate relationship. When he was the coordinator in Montreal, I hated playing those games,” said Elizondo, who was Ottawa’s offensive coordinator from 2016-18.

“It was like, you’re going to get absolutely the most from that defence. That’s what I love about Noel. When he came over (to Ottawa) in ’18, then you had somebody to bounce ideas off of.”

“It’s a comfort knowing that on that side of the ball, those guys are going to get coached hard, we’re going to run to the ball, we’re going to chase the ball and we’re going to be very physical and violent in playing the game and the approach to the game. I also like knowing we’ve got an aggressive mindset.”

Speaking of Thorpe, you can hear what the DC had to say about camp so far by clicking here for his media availability.

GRYMES BACK IN GREEN AND GOLD 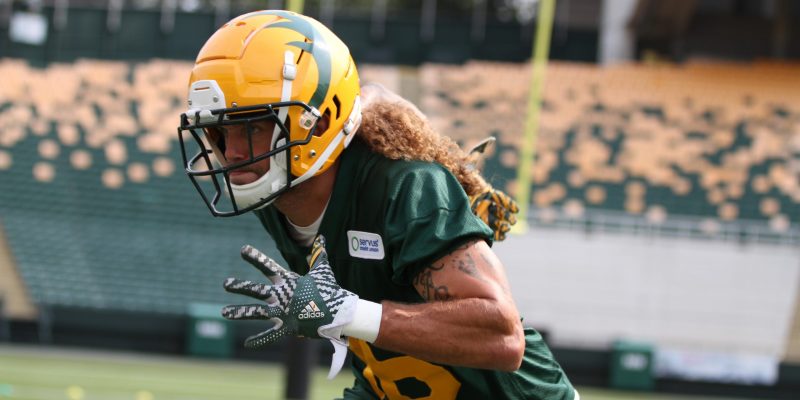 Back in Edmonton, defensive back Aaron Grymes is embracing some familiar surroundings.

A member of Edmonton’s 2015 Grey Cup championship team, Grymes will play a starring role this season in a secondary that is defined by new faces compared to the 2019 edition of the EE.

For Grymes, this season is a CFL homecoming after spending five years in Edmonton, before suiting up for the BC Lions during the 2019 season.

“Actually coming back this year driving into town I’ve had a ton of flashbacks. Me and my wife have talked so much about it. She moved up here with me late in the (2013) year, she was pregnant with our first daughter” recalled Grymes, whose rookie year was 2013. “I’ve got so many memories from my rookie year.”

After recovering from an ACL injury suffered with the Lions in October of 2019, Grymes is ready to go.

“Talking to Brock (Sunderland) on the sideline today, I haven’t even thought about my knee out there in practice. It’s been amazing,” said Grymes, who suffered the injury in Edmonton. “It’s been my favourite part of camp so far, the fact that as I’m playing there’s nothing holding me back. I’m not thinking about it. That 20 months off was a huge blessing in disguise for me.”

Sticking with the theme of secondary stars, Jonathan Rose is certainly expected to play a key role for the Elks.

The four-year CFL vet with the Ottawa REDBLACKS was key free agent signing by general manager Brock Sunderland back in January of this year. Like Grymes, the two-time CFL East Division all-star Rose is going to be a key cog in an Elks defence that has shown the oh-so early glimpses of already being on the same page.

“The first couple of days have been good. I’ve got a lot of veterans around me. Aaron Grymes is my halfback and then Mincy being a veteran on that other side of the field at that boundary cornerback, it makes the communication so much easier,” explained Rose.

“It’s a lot more difficult than we make it out to be, because we’ve handled it so smoothly. Everybody communicates across the board. We don’t have just a linebacker yelling the calls, it’s all 12 guys yelling the calls just so everybody gets that feel.”

“Once we get into a game, we’ll let our linebackers and our safeties give us the calls, but right now we want everybody echoing so everybody can be on the same page and I think it’s working good for us.”