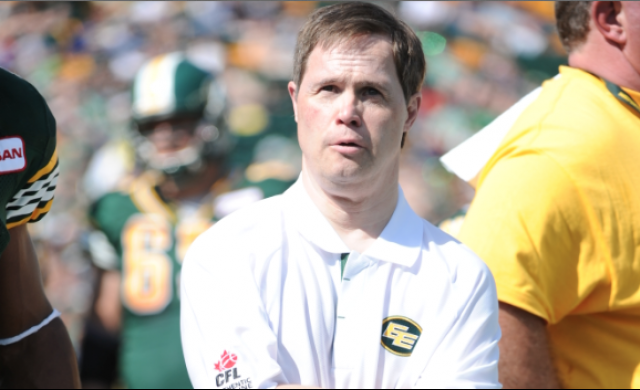 Long-time Eskimo Locker Room Attendant Joey Moss has been named to the 2015 Alberta Sports Hall of Fame induction class in the Achievement category.

Born with Down syndrome, Moss joined the Eskimo family in 1986 and has remained an integral member of the Green and Gold through nearly three decades. The third longest-serving member of the organization, Moss works with the Eskimos from the opening of training camp in June through mid-August when the heads to the Edmonton Oilers – a club he joined in 1984 with an assist from Wayne Gretzky.

Moss’s tireless work ethic and dedication to both clubs was commemorated with a mural on Oct. 20, 2008 at 7016 99 Street. He was recognized again on Nov. 14, 2012 with a Queen Elizabeth II Diamond Jubilee Medal, honouring significant contributions and achievements by Canadians.

Beyond sports, in 2007, Moss became the name sake of “Joey’s Home,” a $1.5-million, 12-unit barrier-free long-term assisted-facility overseen by the Winnifred Stewart Association.

This year, 11 individuals and one team have been named to the 2015 Alberta Sports Hall of Fame induction class. Athletes include participants and winners of Olympic medals and world championships, and builders who have dedicated endless hours to build sports and sport event legacies.

The Alberta Sports Hall of Fame induction banquet will be held on Friday May 29, 2015 at the Sheraton Hotel in Red Deer.